hot take on tenZ
penny |
kindereggmodel
I personally cheer for sentinels against any team then v1, and I don't think tenZ is their best player. I believe SicK is better than him due to consistency, strength, and ability under pressure. I feel like most pro players in NA are scared of tenZ, allowing him to play more confidently as they are giving him too much respect. The pro players who didn't give him respect and would play their game over him are now his teammates (dapr, sick, shahzam, sinatraa,zombs) thus allowing him to play aggro confidently. Nobody stands up against him except for the c9 team, but the team isn't good enough to beat sen yet.
2021-05-03 07:43

penny | kindereggmodel
just to write, often when he is losing head on fights at the beggining of a match his performace heavily drops off, but it hasn't in masters as everyone is scared of him.
2021-05-03 07:45

AryannSharrma
I believe you will be laughed at for this but I do partially agree with your take. I understand that this game is not just Raw AIM but also involves your Mentality. Now I can't say that TenZ is bad in any way but he is painted on like a GOD by the people so much that it seems as if no one's even close to him, I do believe that he is not the best but potrayed as the best.
2021-05-03 07:56

esanchez
SicK has to be at least a top3 all-around player in NA. I don't think there's another player with his consistency (top1 in that department for sure). He can play support, duelist, sentinel and all that in a high level.

TenZ needs a team to work and be able to deploy his playstyle.
2021-05-03 08:08
penny | kindereggmodel
i disagree with that. i think tenZ needs people who are scared of him to deploy his playstyle. back on c9 they were losing to bad teams since they came out hungry to beat tenZ. they weren't like pros now where they all wish they were him. he feeds off of people who are scared.
2021-05-03 08:17

Medicine
Yeah, I agree that SicK is at least top 3, but I don't agree with your statement about TenZ. It's not that they're scared of him, it's that he believes he can kill anyone who stands right in front of him. That's a great mentality. Yes, sometimes other players outfrag him or dominate him in individual duels, but I doubt most top-tier players go into a match and say "we're gonna get dominated by TenZ". They all have confidence, they all can aim, nobody is invincible.
2021-05-03 11:09
penny | kindereggmodel
no but they often sound so scared of him. "he is this, he is that" nobody except for those players dont give a fck about what someone says and they play the game mentally strong. everone else look at flashiness and stats and judge off of that
2021-05-03 13:31

esanchez
That's fair enough.
i just think the "fear" factor doesn't sound like something present in proplay, seems almost being scary is a plus, and in esports there are a lot of good and dominant players, but never "feared" to the point the rivals can't deal with it. But it's just my opinion.
2021-05-03 11:24
penny | kindereggmodel
but there is lots of proof. so many pro players like android and jcstani sound like literal bitches to him, "i wish i could do this like him" "nobody is even close to him". like youre a fucking pro u can compete against him hes not fucking god.
2021-05-03 13:27
TheJuan
bot in 2 games
very impressive
2021-05-03 09:38
ANS | Germanicus
mostly agreed actually. SicKs flexibility is almost unmatched around the world right now and has got to be a huge reason why they've stayed consistent as other teams have come and gone.
2021-05-03 09:45

Grant482
I think SEN has a case for 4 top 10 players NA, Tenz and Sick obviously, Shahz is the IGL of the best team in NA plus he gets his, and Dapr is always clutching and playing well; Dapr probably highest IQ player NA. Zombs is great but a lot of support players could fill his role well.
2021-05-04 02:50
penny | kindereggmodel
nah zombs is insane. even him he doesnt frag well he does everything possible for the team. he places all utility for them, he goes light armor so they can get full, anything possible to set up his teammates. he plays meta agents so his team doesnt have to change theirs.
2021-05-04 08:49 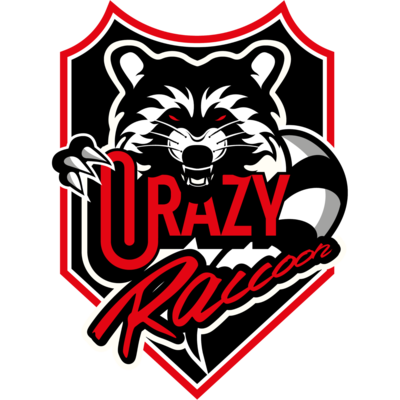