100 Thieves find their way to the top; Ghost and XSET secure Playoff spots

We are now only a weekend away from the conclusion of the Group Stages of VCT 2022 - North America - Stage 2 - Main Event and the matchups continue to serve as valuable pieces of esports entertainment the fans long for. If you happened to miss any of the Group A matchups over weekend, don’t worry because we have covered a detailed recap of each in the following article.

The Guard vs XSET

This matchup began on Split and The Guard were quick to take the few rounds, which made them appear seemingly in control of the momentum, but XSET managed to counter them in subsequent round. This was not only crucial in ending The Guard The Guard

Michael "neT" BernetJacob "valyn" BatioHa "Sayaplayer" Jung-wooJonah "JonahP" PuliceTrent "trent" Cairns’s streak but also propelling XSET to an equal footing by halftime. As teams switched sides, The Guard initially failed to capitalize on their offensive position and surrendered five consecutive rounds to XSET allowing them to take an 11-6 lead. However, NA’s 1st seed in Stage 1 had several tricks up their sleeves which they unleashed in rapid succession to embark on a six round streak and almost close out the map. XSET managed to sneak another round in and force overtime. The Guard’s young prodigy Trent "trent" Cairns Trent "trent" Cairns 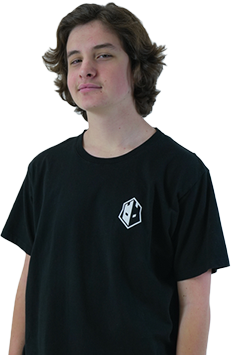 Both teams then moved onto Icebox, where XSET looked to bounce back. The map pick favouring Guard seemed like a disadvantage – atleast on paper – proved otherwise as XSET’s impenetrable defense took almost 9 back-to-back rounds to start the half. The Guard managed to recover briefly and put up three rounds just before halftime. The Guard’s optimism was significantly low going into the second half, but the first couple of rounds was enough to graduate it slightly before XSET offense came pouring on them with unmatched aggression and closed out the map 13-6.

Matchups with their fates lying on deciders provide peak entertainment value and this was no exception. As teams left the gate, it was XSET once again with the same sense of urgency to take six consecutive rounds. However, The Guard having learnt from the previous map retaliated quicker and were able to rival the opponent’s score with their own five round streak. Nonetheless, XSET ended the half with a 2 point lead. This deficit became the difference in XSET’s victory as both teams alternated control over the possession in the second half. XSET finished the map with a 13-11 score and won their 3rd matchup of the event confirming their spot in the Playoffs.

Yassine "Subroza" TaoufikCorey "corey" NigraDaniel "Rossy" AbedrabboJohann "seven" HernandezAnthony "gMd" Guimond were able to put up against Ghost’s offensive strategies. The latter team came into this matchup leading the top of the Group A table and were the favourites to win, but TSM’s dominant start made them reconsider the strategies they had initially planned out. By halftime, the score was 7-5 with TSM in the lead. Starting second on offense, TSM was unable to maintain consistency in their performance and Ghost Gaming exploited this factor to take a couple of 4 round streaks to close out the map 13-9.

The loss on Breeze came as a dismay to the TSM fans, as well as the participating roster. Instead of being demoralized and giving up, they used their loss as a lesson and bounced back with ferocity during the first few rounds of Split. They started off with almost six consecutive rounds. But Ghost Gaming team remained vigilant throughout those rounds and left no opportunity to break the streak go to waste.

Despite several futile attempts, they finally managed to break through in round 9 and go at it till halftime to keep the lead to a couple of rounds by halftime. Ghost Gaming pursued the same narrative after halftime fueling their offense to be efficient as possible. By round 22, they had entered the final stretch and were a point short of closing the map out. Luckily Yassine "Subroza" Taoufik Yassine "Subroza" Taoufik

Team:TSM FTXMaps Played:291Rating:1.10ACS:221.0K/D:1.10ADR:141.3KPR:0.76 stepped up for TSM and forced overtime for the team. Unfortunately, however, they couldn’t capitalize on the opportunity and Ghost Gaming prolonged their winning streak and confirmed their playoff spot.

Peter "Asuna" MazurykSean "bang" BezerraDerrek "Derrek" HaWilliam "Will" ChengBrenden "stellar" McGrath had an unfortunate start to the tournament but have now found their way to the top of the Group table. Their matchup against NRG Esports NRG Esports 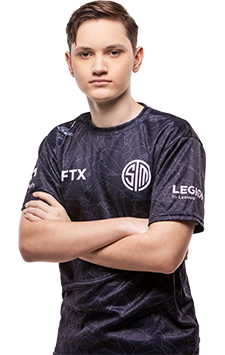 As both teams onto Bind, NRG hopes of winning were at an all time low since they no longer had the map advantage. 100 Thieves were familiar with the predicament they were in; therefore, did not hesitate to close out the map as soon as they could. They ramped up their offensive ferocity to an unparalleled extent allowing them to lead 9-3 with more than enough leeway for the subsequent half. Being down by six-points wasn’t an optimal scenario for a team that had been win-less since the inaugural week. As expected, 100 Thieves closed out the map soon after the start of the second half limiting NRG to a total score of 4.

Snax | tamas1n
WP for Xset, Ghost and 100T.
Shocking to see NRG drop off so hard. i'll be rooting for them vs The Guard even tho it seems to be the end of their honeymoon.
The guard while losing to Xset still looks better than NRG.
and TSM with their first lineup ever that i liked, are still TSM lol
2022-06-06 07:42