Jake "Boaster" HowlettJames "Mistic" OrfilaNikita "Derke" SirmitevEnzo "Enzo" MestariEmir "Alfajer" Ali Beder, a team that has long been in search of earning a VCT tournament title to themselves had finally managed to done so for the first time in over two years. After a fascinating Group Stage run, EMEA fans assumed that they had used up all their luck it couldn’t get any better — but it did.

With FPX having the first pick, it was no surprise that Split was the first to host both teams. Despite starting on Defense, Fnatic were slow to take control of the exchange which made it easy for FPX to sneak four back-to-back rounds past them. Fnatic decided to prevent more damage being inflicted and responded with almost seven consecutive rounds following a 3K from the prodigy Emir "Alfajer" Ali Beder Emir "Alfajer" Ali Beder 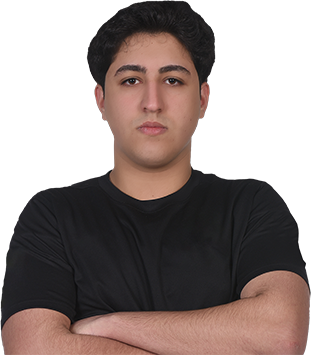 Even though FPX had the perfect opportunity to mirror Fnatic’s success on Defense and close out an early map, Fnatic’s offense kept disrupting their momentum making it impossible to string a run together. By round 23, the matchup’s atmosphere had intensified as Fnatic stood at 12 points while FPX was at 11. That’s where Andrey "Shao" Kiprsky Andrey "Shao" Kiprsky

Team:FunPlus PhoenixMaps Played:215Rating:1.13ACS:218.4K/D:1.31ADR:143KPR:0.78’s OP came in clutch as he took out Alfajer and Enzo allowing his teammates to deal with the remaining players and force overtime.

Proceedings then shifted onto Icebox, where Fnatic have proven to be lethal on several occasions and this time was no different. FPX started the map with a quick pistol round desperately hoping to initiate a streak to give them an early advantage.

Haven was FPX’s last chance to envision themselves as the potential #1 seed for EMEA going into VCT 2022 - Stage 2 - Masters Copenhagen. To their dismay, however, Fnatic’s Offense once again made it difficult for them to get a good start to the map.

After losing the first couple of rounds, FPX struck back and briefly took the lead. Hoping to continue their momentum in subsequent rounds, FPX came out guns blazing in the 6th round only to fall victims to Alfajer and Boaster’s wrath.

While losing a single round isn’t detrimental in the big picture, the real damage from encountering defeat was the momentum shift which Fnatic exploited to finish the half with a four-point lead. Fnatic stood only five-rounds from being crowned EMEA Champions, a realization that struck FPX’s core and resulted in an aggressive outburst propelling them to a 12-10 score by round 22. They only need one round to close out their first map and prolong the Series to a game 4.