As you might be aware that following the matchups held over the weekend, the Group Stage of VCT 2022 - North America - Stage 2 - Main Event has come to an end and only eight of the twelve teams have made it to the next round of the tournament. The Playoff stages start on Thursday, 16th June, and here’s everything you need to know about it.

From the twelve participants, the following eight have managed to qualify for Playoffs:

As per standard convention, the Playoffs will be played out as a double-elimination bracket with each matchup, prior to the Finals, adhering to the best-of-three format. 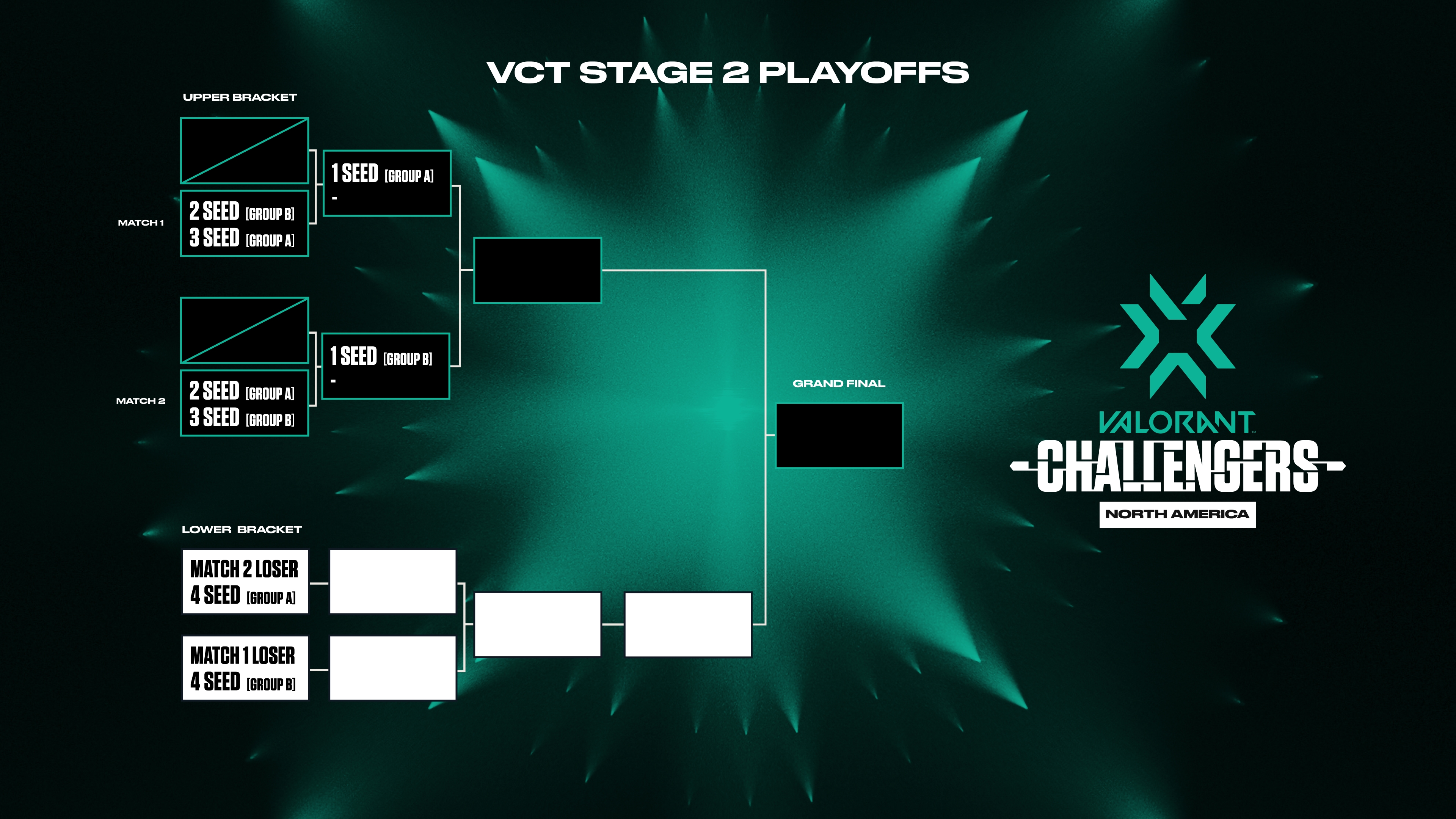 The playoff stages of the second major North American tournament will start with the best team from each Group getting a direct placement to the second round. Meanwhile the #2 seed from each group will face the #3 seed from the opposing group, and the #4 seeds will start from the Lower Bracket facing a considerably more grueling run for a spot at the VCT 2022 - Stage 2 - Masters Copenhagen. The image above should provide a better visualization of the format.

As mentioned above, the Playoffs will commence on Thursday, 16th June and after two weeks of intense competition, the only remaining teams will fight to become NA’s #1 seed at the Grand Finals on Sunday, 26th June. Here is a more detailed schedule for the upcoming matchups:

If you plan on tuning into the matches live, you can catch them on Valorant’s Twitch channel or watch a streamer allowed to host an official watch party.