FPX to face Paper Rex in the Grand Finals

The competition started on OpTic Gaming’s pick, Split. The North American team won the opening rounds on their map pick but suddenly lost control and FPX won 5 rounds in a row. Andrey "Shao" Kiprsky started the streak with a 4-kill Omen performance by clutching the round and defusing the bomb. Until the end of the half, OpTic won one more round and FPX won the rest, resulting in a 9-3 score in favor of them. The CIS team performed superbly on defense. Shao completed the half with 17 kills while holding a 1.94 rating. The Russian player also had a 352 ACS at the end of the half, proving his contribution on the battlefield. On the other side, Jimmy "Marved" Nguyen was the main factor of OpTic’s 3 wins with a 1.20 rating and 9 kills. As the sides were switched, the fans expected similar performance from the North American representatives and luckily they made a great start to the half by winning the opening rounds. However, it did not last long as FPX took control once again, winning 4 rounds while OPT had 3 to conclude the opening map of the series. Shao finished the game holding a 1.48 rating and 21 kills in total. OpTic’s Jaccob "yay" Whitaker stepped up in the second half but it was not enough for the NA team. yay had 19 kills and held a 1.31 rating in the opening map of the series.

FPX’s first map pick of the series was Icebox. OpTic Gaming were the strong side in the early stages of the first half as they grabbed the first 4 rounds by eliminating all the opposing members. yay’s 5-kill contribution made it possible for them but FPX answered back quickly and the first half ended in a tie, 6-6. Pujan "FNS" Mehta led his team with 14 kills on Viper and Ardis "ardiis" Svarenieks was the best performing player on FPX with a 1.03 rating and 10 kills on Chamber. Scoreboard-wise, FPX players shared the kills between them but OpTic’s kill distribution was mainly held by 3 players. Despite having even performances in the first half, the second half was a completely different scenario as FunPlus Phoenix dominated the game on the attacking side. The CIS team picked up 7 kills and only lost 2 to close out the second game in 21 rounds, 13-8. ardiis led the match with a 1.39 rating and 23 kills with Chamber in his hands. 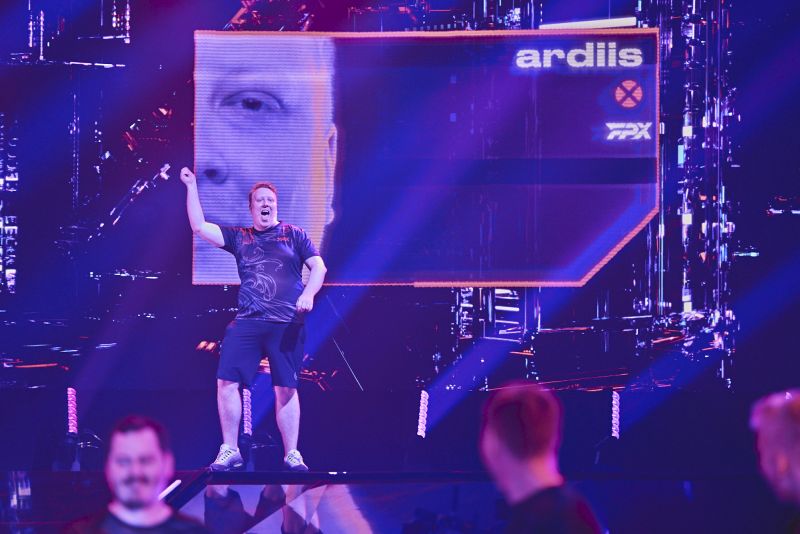 It was a do-or-die for the side of OpTic Gaming as they were 2 maps behind in the series and it was time for their map pick again, Bind. Their attacking side performance was phenomenal as they finished the half with a 9-3 lead over their opponents. Austin "crashies" Roberts held an incredible 2.01 rating on Skye and he played out of his mind to keep his team in the competition. Victor "Victor" Wong was his biggest helper with 13 kills and a 1.48 rating on Raze. The dominance continued in the second half as OpT won the opening 2 rounds on defense. FPX showed a pulse but it only lasted for 3 rounds and the NA team lived one more map after taking their enemies down with a score of 13-6 on Bind. crashies had 21 kills and a 1.68 rating at the end of the map.

FunPlus Phoenix started the map almost superbly until the 7th round in which their win streak ended thanks to yay’s Chamber defense. OpTic Gaming cracked their code on defense and grabbed another win to stay in the game. yay’s Chamber played a huge role in OpTic’s “small return”. FunPlus Phoenix sat behind the wheel once again with a quick reaction mainly thanks to ANGE1 as the Ukrainian Omen stepped up in tough times. The CIS team won the first half in style, 9-3 with ANGE1 and Zyppan carrying their teams on their backs. As usual, yay was the leader of the OpTic squad on Chamber. FPX made it clear that they came to reach the Grand Final by winning the pistol round but OpTic still managed to pick up the eco-round. The NA did their best but the gap was big after FPX’s dominance on the attacking side. Lastly, FunPlus Phoenix defused the bomb after eliminating all the OpTic members in the 20th round to close out the series after a 13-7 win on Fracture. Kirill "ANGE1" Karasiow finished the game with 19 kills and 5 first bloods.

OpTic’s journey has come to an end. The Grand Final competition between FunPlus Phoenix and Paper Rex is tomorrow. More information can be found on the events page.