The Grand Final of VRL - Finals started on Breeze, with a head-to-head competition from both teams to become the best in the region. FUT Esports won the pistol round but their era ended in the first gun round. Team Vitality players stepped up with their impressive attacking moves. Both teams won consecutive rounds to conclude the first half and both had 6 wins at the end. Jokūbas "Cender" Labutis Jokūbas "Cender" Labutis 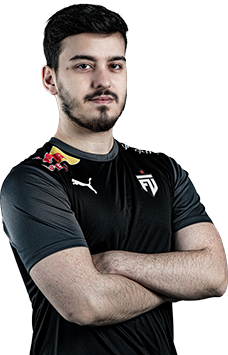 Team:FUT EsportsMaps Played:270Rating:0.99ACS:205.9K/D:1.10ADR:137.5KPR:0.73’s Viper was very effective in many rounds as he had a rating and 12 kills at the end of the first half. The second half was purely dominated by the French regional champions. Vitality stopped every possible attack of FUT in both bomb sites and they won the first map without losing a single round in the second half. Cender had a dominant performance on Chamber and he managed to hold every critical angle in both bomb sites. The previous Champions champion, BONECOLD, also had an impressive performance on the first map. FUT failed to get enough contribution from Doğukan "qRaxs" Balaban Doğukan "qRaxs" Balaban 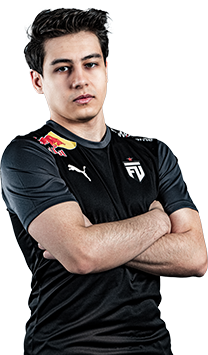 FUT started the map perfectly by winning both the pistol round and also the first gun round, without dropping any. However, Vitality came back stronger and tied the game in a short amount of time. FUT managed to answer back in the mid stages but Vitality put an end to the half by winning the last two rounds, tying the game at 6-6. Kamil "baddyG" Graniczka Kamil "baddyG" Graniczka 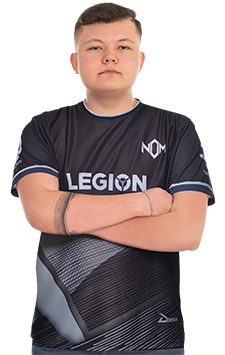 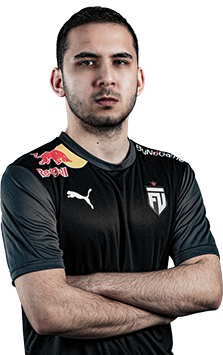 Team:FUT EsportsMaps Played:227Rating:1.17ACS:247.8K/D:1.27ADR:150.1KPR:0.89 answered him with 14 and 13 kills for the Turkish team. FUT Esports were the dominant side in the earlier stages of the second half. They denied every attempt of Vitality in the first four rounds of action but then failed to keep their performance at the same level for a round. They made it first to the 12-round point but Vitality won the 24th round to force overtime. The French organization concluded the game in the second overtime cycle, 15-13. baddyG finished the game with 37 kills and a 1.88 rating, carrying his team on his shoulders for sure. FUT’s qw1 had 29 kills with 7 first bloods but it was not enough to keep his team alive in the overtime.

Vitality had a solid chance to finish the series in their map pick, Ascent. The French esports organization started the map with a solid performance in the pistol round but FUT Esports’ answer in the first gun round was ruthless. The Turkish team won eight rounds in a row and closed out the first half with a score of 9-3. Qw1 had 13 kills and qRaxs and MOJJ helped him with 12 kills each. Santeri "BONECOLD" Sassi Santeri "BONECOLD" Sassi

Team:Team VitalityMaps Played:252Rating:0.96ACS:189.2K/D:1.01ADR:119.4KPR:0.66’s 10-kill Sova performance was the key factor for Vitality. The second half started with Vitality’s pistol-round win. As expected, the defending team was the superior side but FUT only needed four rounds to stay in the series. The Turkish team reached the 13-round point after the 23rd round, 13-10. qRaxs held a 1.18 rating at the end of the match and qw1 was his biggest helper with 20 kills and a 1.16 rating. FUT managed to prevent a possible sweep after their win on Ascent.

Despite losing the chance to sweep in the Grand Finals, Team Vitality started Icebox with confidence. Cender had a massive Chamber performance in the first half and he was the main aspect of Vitality’s unstoppable attacks. However, FUT Esports managed to hold onto the competition and kept their reverse-sweep hopes alive. Both teams had good post-plant performances which caused a tie after the first half, 6-6. Cender had a massive performance with 15 kills to his name and Joona "H1BER" Parviainen Joona "H1BER" Parviainen 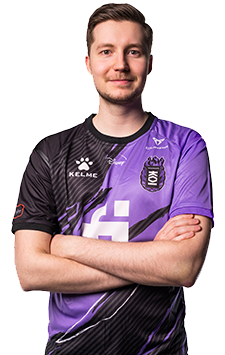 Team:Team VitalityMaps Played:267Rating:1.18ACS:253.8K/D:1.14ADR:161.2KPR:0.85 followed his steps with an 11-kill Reyna performance. Muj and qRaxs both secured 11 kills to help their teams secure 6 rounds in the first half. The second half continued with both sides winning back-to-back rounds against each other. FUT Esports got better attacking-wise in the later stages of the match and got ahead on the scoreboard. After 10 rounds of second-half action, the Turkish representatives won the game and forced the fifth game in the series. Furkan "MrFaliN" Yegen Furkan "MrFaliN" Yegen 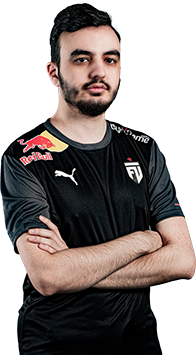 Team:FUT EsportsMaps Played:228Rating:1.12ACS:218.9K/D:1.14ADR:142.5KPR:0.73 played the biggest role in the fourth game for FUT with an 18-kill Sova performance. Vitality’s Cender played his heart out, especially in the first half and he finished the game with 22 kills and a 1.22 rating but it was not enough to lift the trophy after the fourth game.

Team:FUT EsportsMaps Played:208Rating:1.03ACS:199.3K/D:1.06ADR:130KPR:0.73 played out of his mind in the first 12 rounds and FUT grabbed 9 rounds on the defensive side. Team Vitality found some picks to plant the bomb and they successfully played the post-plant to win the last round of the half. The Turkish Raze, qRaxs, grabbed 20 kills on his own and held a monstrous 2.02 rating. Qw1 helped him with 7 first bloods. Team Vitality read through FUT’s attack and won the pistol round with a solid defense on the A bomb site. However, FUT Esports made some impressive attacking moves to get closer to the 12-round point. Qw1 had a great Chamber performance on the attacking side and FUT closed out the map in style, 13-7. qRaxs finished the game with a 1.41 rating and 24 kills and qw1 was his biggest supporter with a 1.39 rating and 8 first bloods. All of Cender’s efforts were not enough to stop FUT’s reverse sweep.

FUT Esports are your VRL champions as they have completed the reverse sweep successfully. qRaxs was the MVP of the game thanks to his insane performances throughout the series. More information about the tournament and the game could be found on the events page.