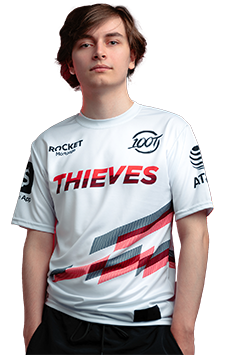 Team:Maps Played:0KPR:0.77ADR:131.29 has been standing in for Immortals and after promising top four placements at 30Bomb: Summer Cup - 2020 and FaZe Clan VALORANT Invitational, the American has been made official, replacing Bjor.

Bjor was originally Immortal’s main Sage player, shifting to Cypher when they were undergoing performance struggles in early July. While personally maintaining a 0.97 KD and 182 ACS, the shift wasn’t enough for Immortals to make deep playoff runs, and the squad decided to separate from Bjor.

, with his final series fittingly being a full three map thriller against Immortals, his new team. Since joining, diceyzx has been mainly focusing on his Jett play, averaging a great 220 Average Combat Score.