The much anticipated Knights Arena VALORAMPAGE, hosted by Knights Arena and Riot Games, is set to begin later in the month on January 23rd. While the tournament itself is one of a kind for implementing the first ever official agent ban mechanic, it is also very exciting from the point of view of a plethora of North American teams. This off-season has brought along roster moves, trials, and even complete rebuilds in order to come back from the disappointment at VCT 2021 - VALORANT Champions 2021, and now is the first time we get to see these new faces in action.

The Main Event of Knights Arena VALORAMPAGE is a 32-team stage, with one half of those teams qualifying through the Open Qualifiers next week and the other half being invited directly. Knights Arena have revealed these 16 invited teams today and the names on the list are undoubtedly really exciting. To catch you up on all the rostermania and know what to expect from your favorite teams, we’re giving you crisp rundowns on every invited squad at Knights Arena VALORAMPAGE.

In this article we look deeper into the four of the invited teams which have recently be revealed on the Knights Arena official twitter page.

Kicking this off are the surprise hope of North American VALORANT at Champions, Cloud9. The storied organization were hit-or-miss for the majority of 2021, capable of pulling off results like 2nd and 3rd places at VCT 2021 - Stage 2 - North America - Challengers 2 and VCT 2021 - Stage 2 - North America - Challengers Finals respectively, but then at times not even qualifying for other Challengers events. It was clear they were lacking a final piece that would push them over the line, and that came in the form of Anthony "vanity" Malaspina. He made an instant impact on the team, not just winning NSG Summer Champs - Main Event but then an unlikely VCT 2021 - North America Last Chance Qualifier victory as well, which snuck them into Champions. 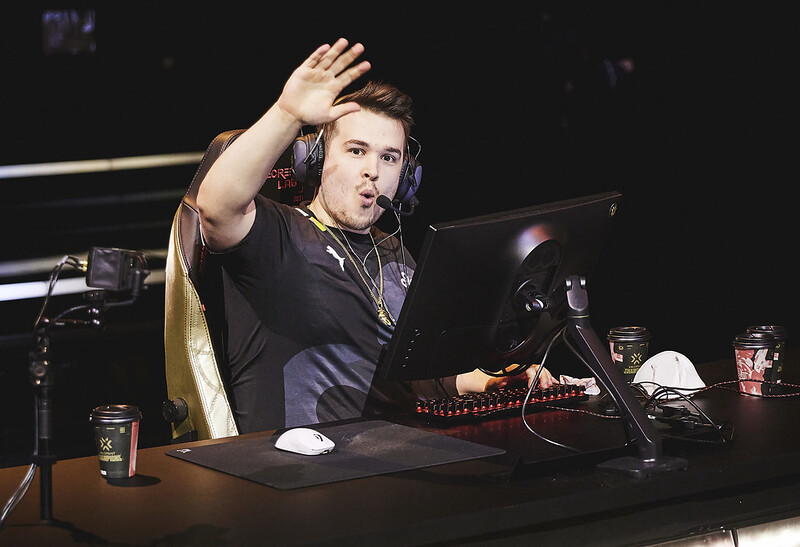 Cloud9 Blue’s antics continued at the biggest tournament of the year, making it out of a difficult group with Fnatic and DRX VS, and were the only North American team to do so. They showed that not only were they under great leadership, but had incredible firepower in the form of Nathan "leaf" Orf, who was the third highest rated player at the event with a 1.24 rating and 263 ACS. Son "xeta" Seon-ho’s transition from Cloud9 Korea has certainly been a success as has Erick "Xeppaa" Bach’s switch from CS:GO to VALORANT, with both players still young and being able to hold their own against international competition. 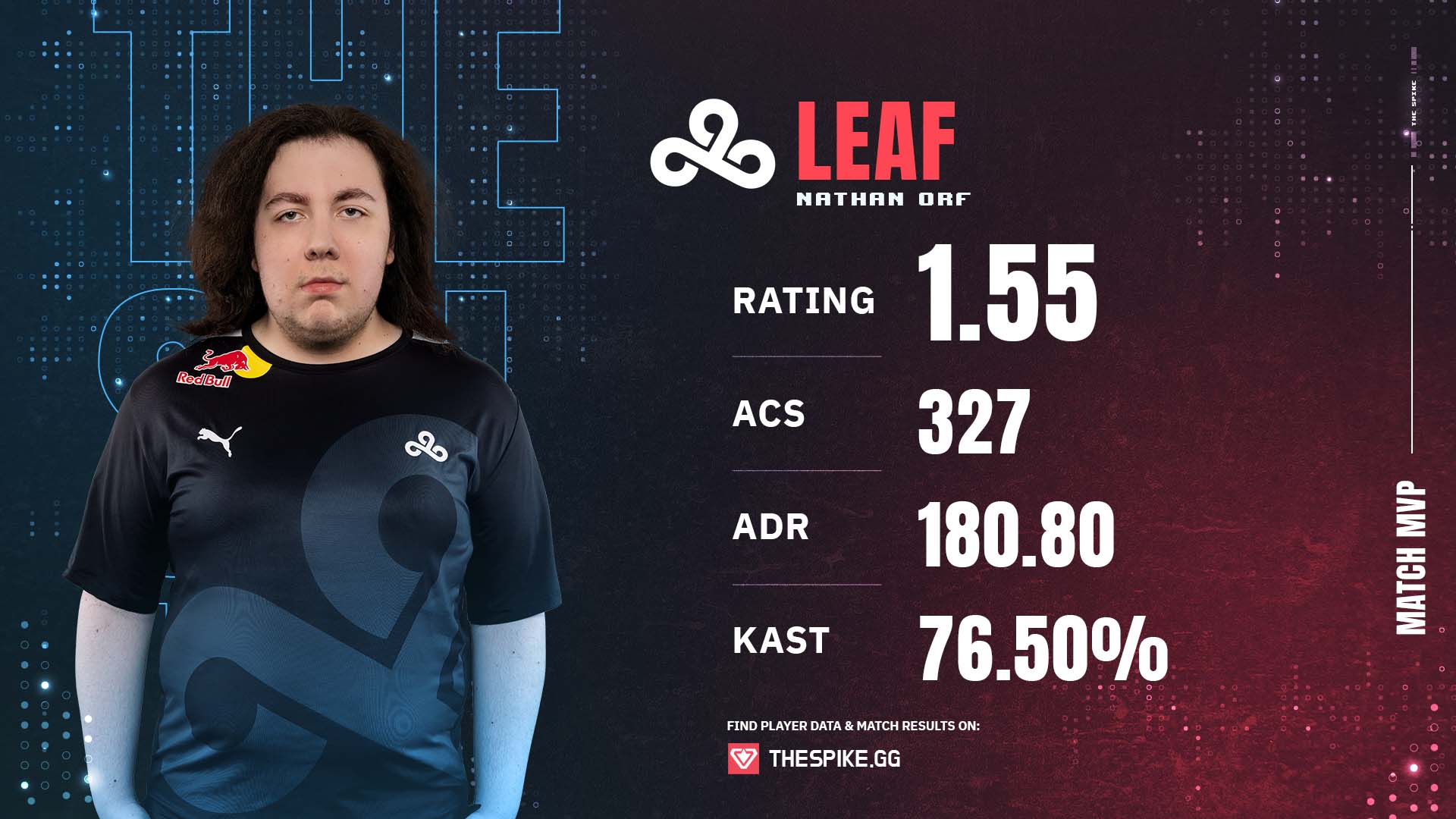 Nathan 'leaf' Orf took the match MVP award for their quarter final defeat against Team Liquid at VALORANT Champions
Cloud9 Blue have kept faith in their lineup from last year and have not made any changes, for good reason. The latter part of last year has been excellent for the Americans and they will be hoping they can continue that form against domestic opposition. You can no doubt expect to see this team in the latter stages of Knights Arena VALORAMPAGE.
Next up is a name you might not have heard in the spotlight for a while now: T1. Indeed, the squad hasn’t played an official match since their elimination at Challengers 2 back in July and remain one of the most underwhelming teams of 2021. That is unfortunately also T1’s best result in VCT so far, alongside 7th-8th place finishes at Stage 1 Challengers 3 and Stage 2 Challengers 2, and are yet to qualify for Challengers Playoffs. The team notably brought in multiple players from the infamous CS:GO iBUYPOWER lineup, including Keven "AZK" Larivière, Sam "DaZeD" Marine, and Braxton "Brax" Pierce, but failed to find success.

Following the same tradition, the Seoul-based organization has acquired the services of former 100 Thieves player Joshua "steel" Nissan. The team will certainly be hoping that the veteran in-game leader will turn the squad’s fortunes around in the VCT 2022 season, and looking at the Canadian’s track record over the years, there is very good reason to be optimistic. He’ll be backed by his former teammate in Tyler "Skadoodle" Latham as well as Timothy "autimatic" Ta, although rumor has it that Josh "pwny" VanGorder will be replacing autimatic since he's looking at going back to CS:GO. Rahul "curry" Nemani and Zander "thwifo" Kim are also very early in their careers and with the guidance of the experienced players on the team, should be able to reach their potential in the near future.

Given the large changes to the roster and the lack of recent competition, all bets are off with T1. It is possible they have a strong honeymoon period during Knights Arena VALORAMPAGE, but whether they will be able to shake off the dust and maintain consistency throughout the tournament is where the real challenge lies. 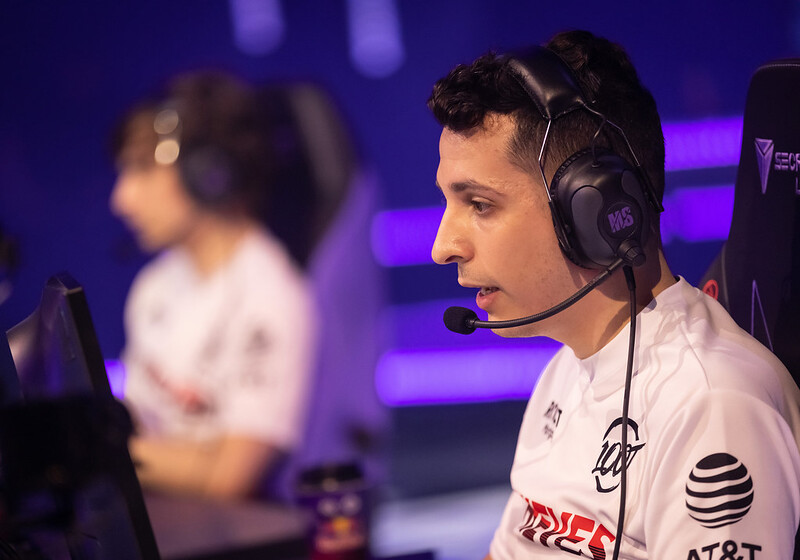 Joshua "steel" Nissan at VCT Stage 3 Masters. Credit Riot Games
The third team is Version1. Contrary to the case of Cloud9 Blue, this squad found plenty of success in the first half of 2021, quickly rising up the ranks to place second at VCT 2021 - Stage 2 - North America - Challengers Finals and qualifying for VCT 2021 - Stage 2 - Masters Reykjavík. Even though they were overshadowed by the success of fellow North Americans Sentinels, Version1 still managed a hugely impressive 5th-6th place finish.

After the high of a great international performance, the team never really managed to reach the same levels of quality. Soon after Masters, the team finished 7th-8th at both Challengers 1 and 2 missed out on Playoffs. This prompted a major roster change, which was the departure of in-game leader vanity, who later moved to the aforementioned Cloud9 Blue. Not only did he beat Version1 at the NA Last Chance Qualifier, but went on to win the tournament and play at Champions with his new team.

Version1 will now look to newly appointed in-game leader Alexander "Zander" Dituri to make the difference. The Canadian has plenty of talent to turn to, with Erik "penny" Penny and Jordan "Zellsis" Montemurro posting 1.21 and 1.20 ratings respectively over the last three months. While you wouldn’t back Version1 to win Knights Arena VALORAMPAGE, they will certainly be able to put up a decent showing at the event. 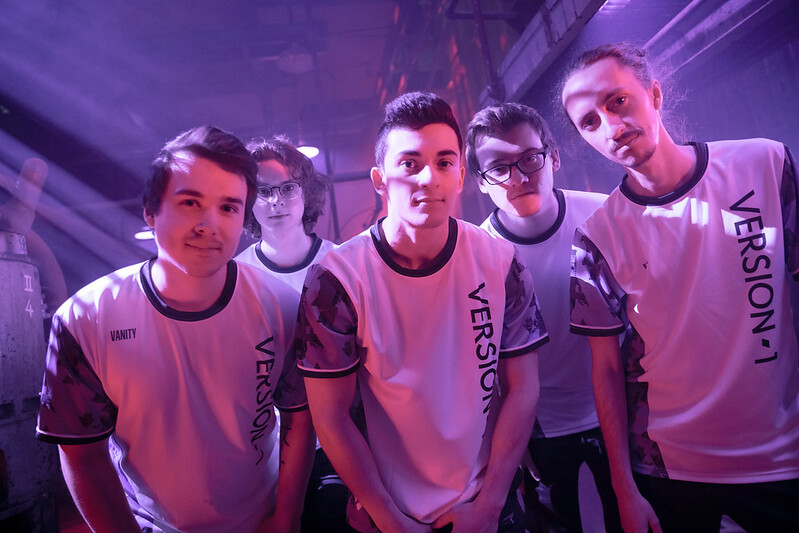 The final team we will look at is one which the North American community are excited to see amongst the top teams and that team is Akrew. The American team have won 4 events back to back, most recently was the Pittsburgh Knights Monthly Gauntlet 2021 - December: Frozen Gauntlet after beating ex-Flickbaiters in the Finals. Akrew had also won NSG 2022 Winter Championship - Online Open 6, 8 & 9 and only dropped 3 maps in total throughout those 3 events, 2 of which were at the hands of Kansas City Pioneers and the other map loss against YFP Gaming. Looking at their map picks they tend to favour Haven, Bind and Ascent but have not yet played an official match on Fracture so it will be interesting to see the outcome if they play it.

Four of the five players originate from EZ5 who had previously made good progress last year but parted ways and players went their separate ways. Eric "Kanpeki" Xu had a short spell with NYFU and YFP Gaming, the Skye main boasts a 1.19 rating, 224.70 ACS and a 143.50 ADR over the past three months which has been instrumental to Akrew’s recent achievements.

Austin "Neon" Hedge is true Jet main with a 95.20% pick rate and has the stats to back this up with a 1.21 rating, 242.30 ACS and a 151.30 ADR he has truly found his way with Jett & the operator, the former ex-Serenity has not had the most consistent ride in terms of past teams but is most certainly at home in Akrew.

Along with Kanpeki and Neon, the three remaining players are standouts in their own right. Andrew "Gucc107" Gutnichenko has been enjoying playing Astra & Viper and has racked up a 1.19 rating, 218.80 ACS and a 143.90 ADR. Corbin "C0M" Lee is a versatile player who plays a mixture of agents but still holds his own within the team with a 1.11 rating, 215.60 ACS and 139.60 ADR. Last but not least is Jake "Paincakes" Hass who actually suffered defeat at the hands of Akrew when he was playing for YFP Gaming in the Community Gaming VALORANT Elite Showdown - Main Event, the Sova main comes in with a 1.07 rating, 206.10 ACS and a 137.90 ADR.

The American team are currently in pursuit of their first LAN trophy as they make it to the semi finals of the NSG 2022 Winter Championship - Philadelphia Open LAN where they could potentially meet Radiance in the final, another team who have been invited to the Knights Arena VALORAMPAGE. If Akrew are victorious at this event, it will no doubt give them the belief they can continue their success when they face off against some of the very best teams in North America.

Which team do you think will grab the trophy? Let us know in the comments!