written by ArmandVanHelden January 21, 2022 at 5:0pm
share on
Knights Arena VALORAMPAGE - Main Event groups are done as we move on to the playoffs with sixteen of the best teams in the tournament. 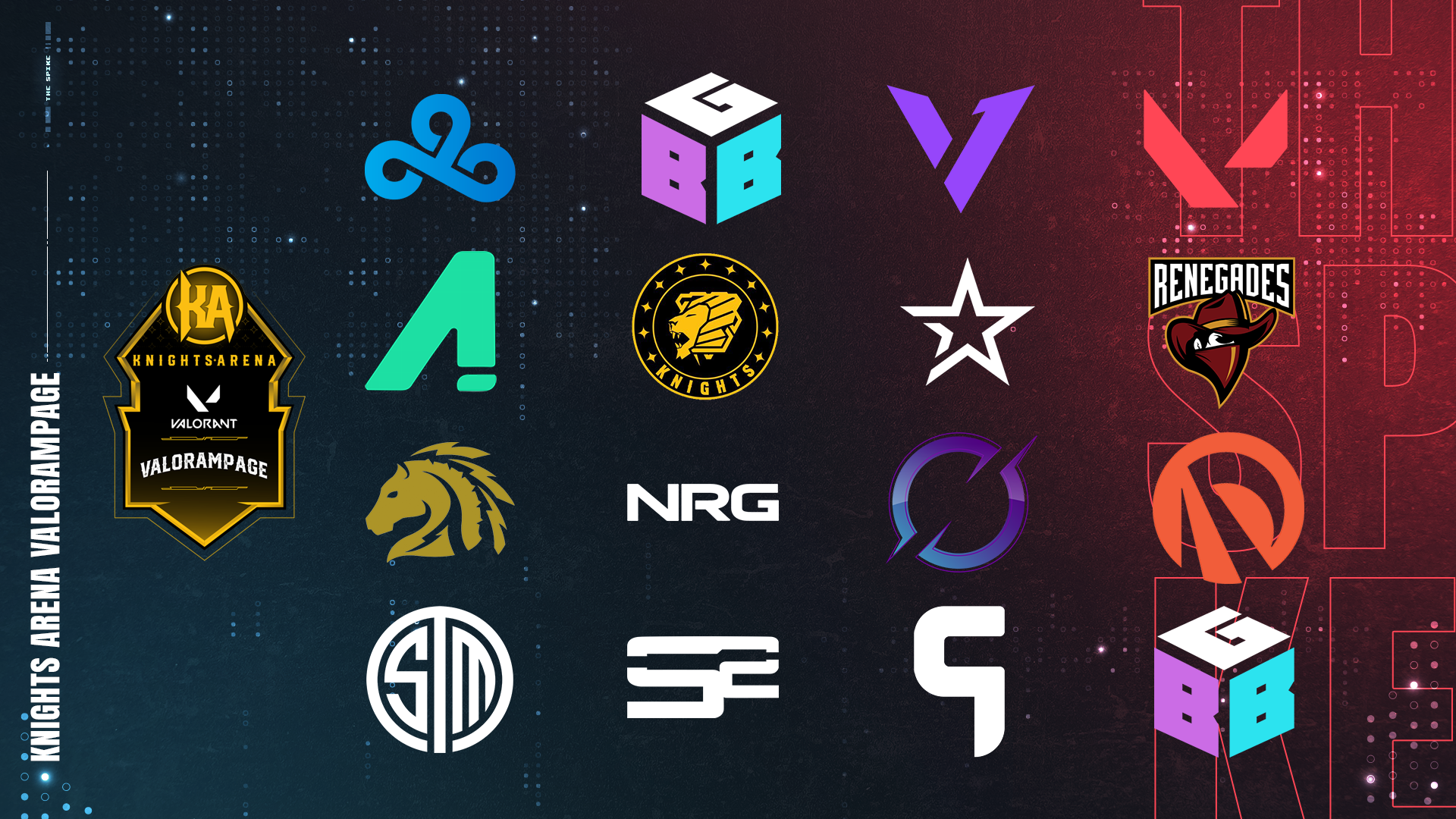 Cloud9 Blue came to the tournament as the headliner and favourite for many of the authorities. As expected, the North American representatives didn’t even flinch in their opening game against Kowareta with a score of 13-6. Mitch "mitch" Semago and Son "xeta" Seon-ho played their hearts out, scoring 43 kills together. mitch had a 1.66 rating on top of a 366 ACS and xeta held a 1.61 rating with 307 ACS.

After beating The Mafia in the first round, the qualifier champions Zero Marksmen Black reached the Winners’ Match stage and faced Cloud9 Blue. The competition started pretty close but Nathan "leaf" Orf stepped up for his team to take the lead. He looked unstoppable with Killjoy in his hands, securing 20 kills in total to reach the upper stages. Lastly, Kowareta pulled out a miracle 2-1 win over Zero Marksmen Black in the Decider Match and eliminated the qualifier champions.

Surprisingly, despite winning their opener against Green Beans, Version1 failed to get past Built By Gamers Academy in the upper stage. As a result, BBGA secured themselves a spot in the playoffs but Version1 had another chance against ex-Flickbaiters. Luckily, they didn’t drop a single map, closing out the series with a score of 2-0 to advance in the tournament.

The qualifier finalists ex-Flickbaiters and the fourth team, Green Beans are out of the tournament.

As expected, NRG Esports didn’t make any mistakes, ending their group stage run with two wins in a row to continue their journey in the tournament. Their second game in the tournament was pretty intense as the scoreboard was 13-11 in the end. James "hazed" Cobb had a monstrous 29-kill Astra performance to carry his team.

Despite their loss against NRG Esports, DarkZero Esports still made it to the playoffs by eliminating the tournament owners, Knights Academy.

The Kansas City Pioneers were the absolute favourites of Group D on paper. They proved their worth by winning both games in the competition and secured themselves a spot in the playoffs.

Even though they had a rough start to the tournament, facing a hard loss against bait academy in the opener, Radiance still made their way to the playoffs by winning both their games in the Lower Bracket. Starting with Hitbox , Radiance also took revenge from bait academy to close out the group stage. Anthony "venture" Ziade’s Sova came in handy as he secured 47 kills in two maps, ending the series with a 1.89 rating and 326 ACS.

It looked like Akrew had the easiest fixture as they had two one-sided wins before the playoffs. Austin "Neon" Hedge and Andrew "Gucc107" Gutnichenko were the main factors of their dominance with clutch and strong performances from both.

After losing to Akrew in the Upper Bracket, Renegades bounced back with a strong win over Vireo.pro with Vince "Apotheon" Le stepping up for them. The Canadian player secured 42 kills in two maps to help his team get to the playoffs.

As the owners of the tournament, Pittsburg Knights made it out of the group stage without any casualties. Starting with a fairly easy win over ValorsGG, they ended their run in dominance, beating compLexity with a score of 13-6. Logan "skuba" Jenkins’s 24-kill performance came in handy for the owners.

On the other side of the competition, compLexity faced YFP Gaming in the Losers’ Bracket. Both games were competitive as they both ended 13-10, while compLexity swept their opponents to qualify for the playoffs.

One of the most promising academy rosters in the region, TSM FTX Academy ended their group run without dropping a game. Their second game against Built By Gamers was the question mark in their fans’ heads but with Timothy "ZK" Ly stepping up with 22 kills and a 1.46 rating, they looked unstoppable.

Built By Gamers used their second chance in the Losers’ Bracket and eliminated Project A to advance. Surprisingly, the second game of the series was close and ended with a score of 15-13. BBG’s Sean "bang" Bezerra prevented his team from losing the game with his 22-kill KAY/O performance.

Group H was one of the closest groups in terms of the skill level of the participants. SoaR were the first to make it out of the group stage as they secured an important win over Ghost Gaming. GG’s latest transfers Brock "brawk" Somerhalder and Mohamed Amine "Johnqt" Ouarid failed to impress most of the fans but GianFranco "koalanoob" Potestio was there to save the day.

The playoffs will start today and you can check the tournament tree on the events page.