In the final two days of VCT Stage 2 Masters - Reykjavík the field has been brought down to the top four teams. After seeing Fnatic Fnatic

Park "allow" Sang-wookJung "peri" Bum-giSeo "Suggest" Jae-youngKang "solo" Keun-chulKim "Lakia" Jong-min to determine who will make the Grand Finals and who will be going home in third place.

Shahzeeb "ShahZaM" KhanHunter "SicK" MimsJared "zombs" GitlinMichael "dapr" GulinoTyson "TenZ" Ngo in 2-0 fashion, meaning that the winner of this match will see themselves re-matching the only team to beat them thus far. This match is deemed a toss-up, as both of these teams have shown very impressive performances across their time at Masters and the analysts agreed that either of these teams could take the win.

This matchup started on Bind, a strong map for both of these teams in the tournament and picked by Fnatic. NUTURN opened up the map with a closely contested pistol round, however, Fnatic got on the board early by forcing into round two and taking the Korean-side by surprise. Following this round, Fnatic managed to put up three more consecutively with NUTURN struggling to find an answer. NUTURN was able to strike back in the sixth round with Kang "solo" Keun-chul Kang "solo" Keun-chul 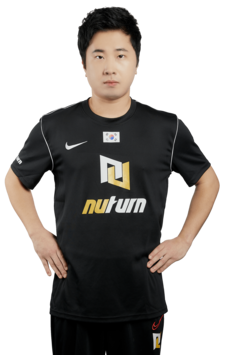 Team:NUTURNMaps Played:106KPR:0.65ADR:121.62 setting up his team with a massive Rolling Thunder on the Breach. After a few close back-and-forth rounds, Fnatic was able to stabilize and take the final three rounds of the half, putting them up 8-4 going into the second half.

Kicking off the second half, NUTURN looked revitalized and, with a whole team effort, they quickly got four consecutive rounds on the board to tie the map up 8-8. With the scoreline tied and pressure mounting for both teams as we approached the end of the first map, Boaster put Fnatic on his back in round 17 with a massive three round to stop the NUTURN streak. This win in round 17 gave Fnatic momentum as they were able to grab four more consecutive rounds to win the map 13-8.

Following Bind, the matchup continued to NUTURN’s choice of Ascent, with them starting on the attacking side. Fnatic opened up with a first round pistol win, however, NUTURN returned the favor from Bind and won the second round with an unexpected force-buy and stopped Fnatic’s momentum quickly. NUTURN proceeded to score five more consecutive rounds to make the scoreline 6-1 midway through the half. Thanks to a three kill round by Nikita "Derke" Sirmitev Nikita "Derke" Sirmitev

Team:FnaticMaps Played:139KPR:0.99ADR:174.99, Fnatic were able to successfully defuse the spike and take round eight, their second round of the half. The remainder of the half saw neither team able to produce consecutive rounds, and the half ended with an 8-4 scoreline as it did on Bind. 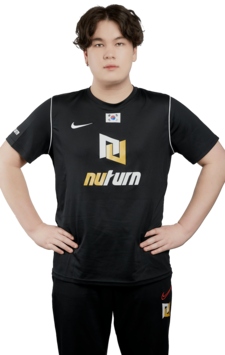 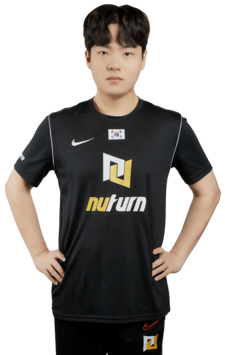 Team:NUTURNMaps Played:106KPR:0.88ADR:154.05 put up back-to-back three kill rounds. Despite Derke‘s attempt to pull out an ace clutch on round 16, NUTURN took the round. Unfortunately, Fnatic was unable to put up consecutive rounds during the majority of the half, as NUTURN was always quick to respond with a round of their own and would ultimately take the map 13-8.

On the decider map of Haven, we started with NUTURN on the defensive side. They quickly found success with the pistol and follow-up round going their way, the first of which was largely due to a four kill round by Kim "Lakia" Jong-min Kim "Lakia" Jong-min

Team:NUTURNMaps Played:97KPR:0.8ADR:149.44. Fnatic was able to respond with three rounds of their own once they got rifles in their hands. Another heroic 4K by Lakia stopped Fnatic’s C-site push in its tracks and picked up the following round as well. Fnatic managed to rally back as they took the remaining five rounds of the half to make the scoreline 8-4 in their favor going into the final half of the series.

Going into the last half of the series, which will determine who moves on and who is eliminated, Fnatic opened up strong by claiming the pistol and the following two rounds making them one round away from match point. Each player from NUTURN managed to contribute as they picked up three rounds of their own, bringing the score to a more narrow 11-7. Fnatic and NUTURN exchanged one round each, placing Fnatic on match point and NUTURN needing to take four in-a-row to take the final map to overtime. Unfortunately, NUTURN only managed one round before falling to Fnatic in the 21st round as Boaster put up three kills to deny NUTURN of the Grand Finals.

With this result, Fnatic is now set to re-match Sentinels in the Grand Finals of VCT Masters: Reykjavík on Sunday, May 30th in an exciting Best of 5 matchup. NUTURN is eliminated in third place, showing that their region of Korea is a force to be reckoned with and will no doubt come back stronger in the future. Join us tomorrow for the Grand Finals of VCT Masters: Reykjavík to see Sentinels take on Fnatic in the first international Grand Final in VALORANT history!