The Green Wall were having a fantastic tournament so far, and the memory of their opening day loss against XERXIA was long gone. They managed to convincingly make it out of their group and looked even better in the playoffs, with wins against DRX VS and regional rivals The Guard. OpTic stumbled in the big game against LOUD, a crushing 1-2 defeat even after a dominant first map, and were looking for sweet revenge in the Grand Finals.

Japanese powerhouse ZETA DIVISION had a very different story at Iceland. Fans and analysts had them written off after their day one loss to DRX VS where they looked completely lost. But they converted that defeat into a learning experience and improved dramatically throughout the tournament, beating Fnatic and Ninjas in Pyjamas in a nail-biter to book their ticket to the playoffs. On the big stage they falted once again to G2 Esports, but made it through a grueling lower bracket after overcoming Team Liquid, DRX VS, and Paper Rex, to set themselves up to be one matchup away from the much desired Grand Final.

Both teams had players in peak form, for OpTic Gaming it was a familiar face in Jaccob "yay" Whitaker, who was the third highest rated player at the event with a 1.19 rating and 250 ACS with Chamber and Jett. The American was regarded as one of the best OPers in North America and he has clearly proven his worth on the international stage as well. ZETA DIVISION had a surprise star in Shota "SugarZ3ro" Watanabe, who was far from being the team's best player online but has turned out to be incredible on LAN with a 1.15 rating and 221 ACS while rocking the old-school controller duo of Viper and Astra.

Haven was where OpTic Gaming took us first, a historically good map for either team. ZETA DIVISION came charging out of the gates, targeting the A site constantly and dominating Victor "Victor" Wong’s Neon to race to a 5-0 lead. A big play by Jaccob "yay" Whitaker with his Tour De Force got his team on the board through a thrifty round, and the North Americans slowly made their way back into the map. The Chamber put himself in much more aggressive positions and in-game leader Pujan "FNS" Mehta reinforced the A site to see themselves win five out of the next seven rounds and go into the break at 5-7.

Multikills by Shota "SugarZ3ro" Watanabe and Yuma "Dep" Hisamoto ensured that the Japanese squad maintained their lead early in the second half, and OpTic were starting to sweat as the scoreline hit 11-5. But in a game-winning performance by Jimmy "Marved" Nguyen, who dropped a ridiculous 35 kills and 342 ACS on the map, OpTic won clutch after clutch to claw their way right to 11-10. A really good C site retake by Kouji "Laz" Ushida and co. got them to map point, but the North Americans were quick to recover from that and won the next two rounds to take it to overtime. 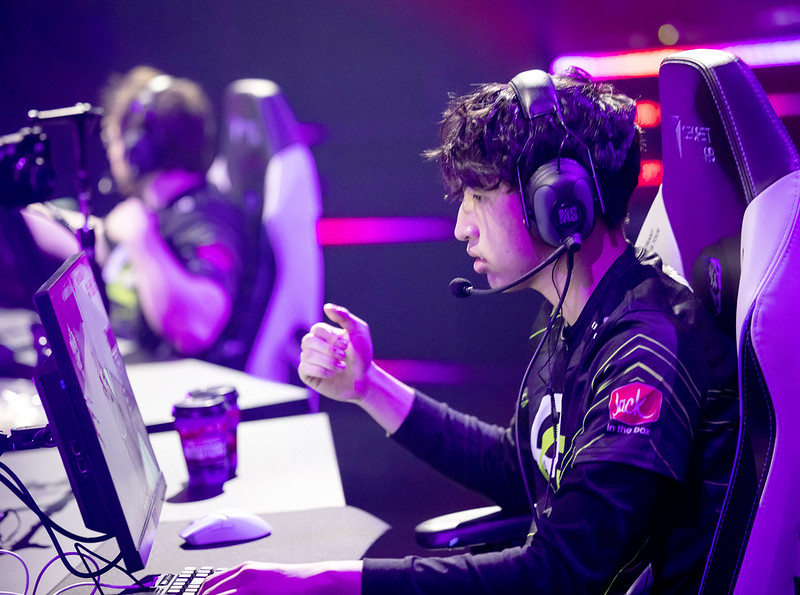 Marved at Masters Reykjavik 2022. Credit: Riot Games
In a rather straightforward overtime, OpTic put up a stellar C site defense yet again on the back of Marved and then converted their attack round with an A crunch to take map one 15-13.
It was a risky pick from ZETA DIVISION to go for Fracture early on in the series, considering OpTic Gaming have been impeccable on the map at Iceland. The latter’s defense was full of twists and turns, with a standard start of the Japanese winning the pistol and anti-eco, while the North Americans responded with three rifle rounds of their own. ZETA stole a round back, but an incredible 4k by Marved, this time on Brimstone, put the momentum back in OpTic’s favor. The half had a ridiculous ending with three consecutive thrifty rounds for either team and the score was a tight 7-5 to OpTic at the half.
As close as the first half had been, the second was a clinic of an attack by FNS and co. The North Americans were stellar on both site hits and Victor with Neon was their driving force, being able to take early map control on crucial parts of the map and catching the opposition by surprise. He really was unkillable with only 6 deaths and 19 kills as his team strung six rounds together and coasted to a 13-5 win. 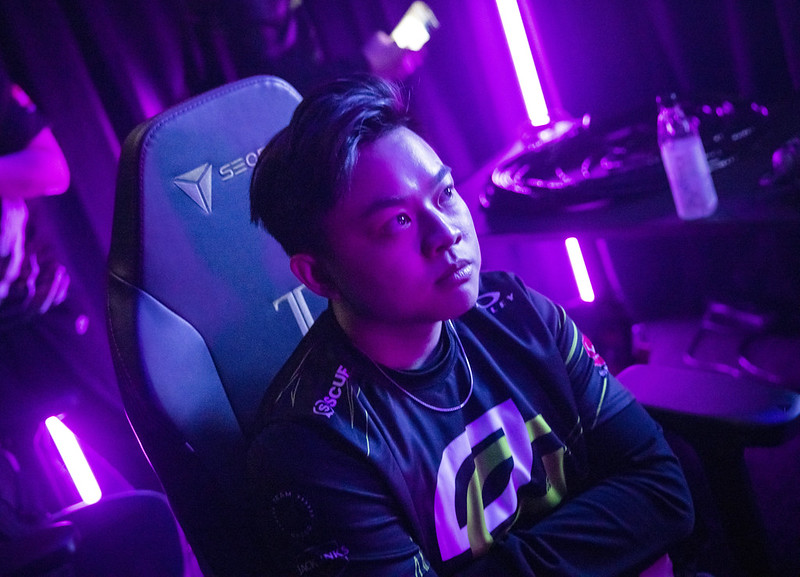 Victor at Masters Reykjavik 2022. Credit: Riot Games
ZETA DIVISION’s backs were to the wall they ventured into OpTic Gaming’s pick of Bind. The North Americans got off to a really good start, winning the pistol with a clean 5v5 post-plant defense and despite losing the bonus, stealing the following thrifty round with a hero rifle on Marved. A mistake by the North Americans on round six allowed ZETA DIVISION to grab a couple rounds of their own, but yay and Marved were far too good to handle as they took their team to a strong 8-4 lead at halftime.
The pistol and anti-eco rounds saw OpTic Gaming reach double digits on the scoreboard, but ZETA fought back with rifles and a handful of solid A executes brought them back within touching distance. Just when things were starting to look good for the Japanese, FNS and co. pulled off a heroic retake in the nick of time to crush any chances of a comeback. ZETA had no credits left in the bank on the final round, and even though they managed to get a Viper’s Pit down on A, it wasn’t enough to take down OpTic’s full buy as the North Americans took the map 13-8 and the series 3-0.

The final day of Masters Reykjavik will have the following schedule: