As we come closer to this year’s Champions which will be held in İstanbul, Turkey, Riot Games revealed more in-depth details about the qualifiers. Lastly, the company has shared information about the APAC Last Chance Qualifier.

VCT 2022 - APAC Challengers 2 is still underway as the best teams in the region continue to compete against each other. However, some of the teams will be out of the race at the end but there is a second chance for those who lost their VCT 2022 Champions chance. 20 teams have qualified for the VCT Challengers APAC Playoffs. The successful teams will have themselves a slot at Masters 2 which will be held in July. 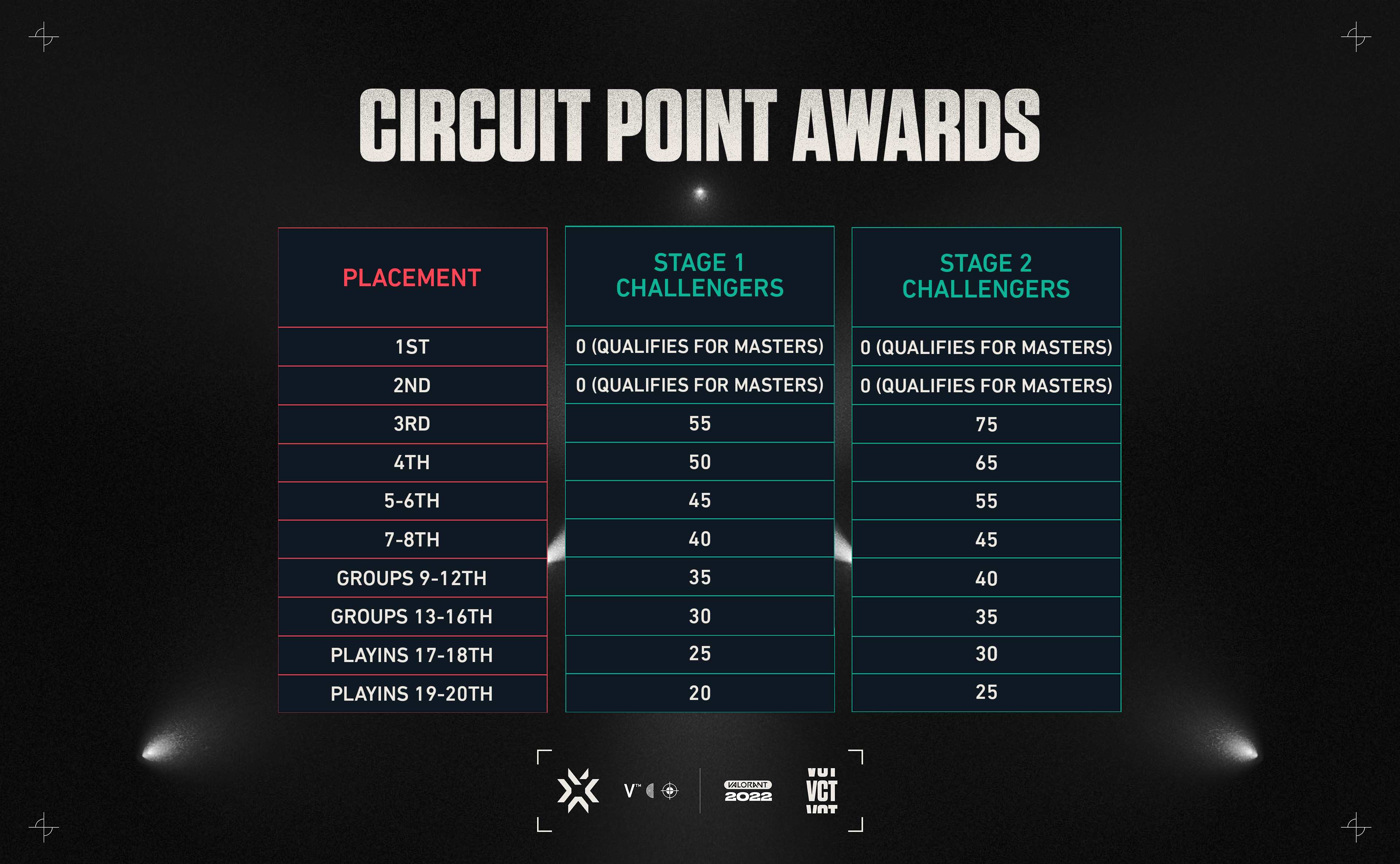 Circuit Point awards chart according to success throughout the season. (Credit: Riot Games)

Teams will have a second chance to grab enough circuit points which may reward them with a spot at this year’s Champions event. APAC LCQ will feature 10 teams, 9 from Southeast Asia and South Asia and 1 from Oceania. Asian teams will be determined according to their circuit points after VCT 2022 - APAC Challengers 2. The participants will be seeded into two double-elimination brackets. Lastly, three teams from the region will compete in the big league, VCT 2022 - Champions Istanbul. The APAC LCQ will take place from August 1 to 7.

Besides, this year the tournament will welcome a Chinese representative for the first time. As there are no official tournaments run by Riot Games just like the rest of the World, third-party tournament organizers will take the job to decide the best teams for China. The top two teams will come up against 3 Korean and 3 Japanese teams for a final East Asia spot. 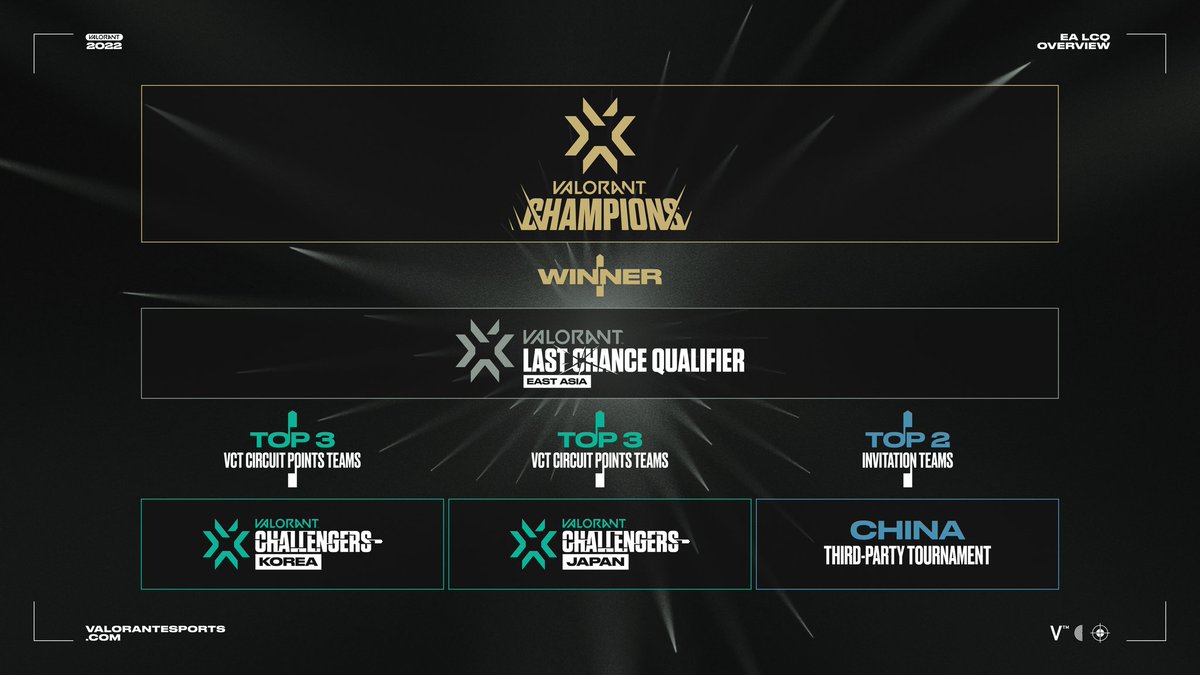 The overview for the Korean, Japanese, and Chinese representative's battle for a place at the Champions. (Credit: Riot Games)