VALORANT is betting strongly on Latin America and has announced a series of tournaments. For 2020, official VALORANT events in Latin America will be run by Temporada de Juegos, LVP, and GGTech.

On one hand, we have the Ignition Series tournaments, which within Latin America are invitational tournaments where the best teams in the region try to show who is on top. In addition, we have VALORANT Versus, a series of tournaments in two phases.

The first phase is open to everyone: it consists of two tournaments per region, Latin America North and Latin America South. This series of tournaments is already scheduled, the first tournament starts on July 11th and ends on August 14th, 2020, and the second tournament will take place between September 15th and 25th, 2020. The top four teams from each of these tournaments get an invitation to the second phase: VALORANT Versus Closed.

VALORANT Versus Closed in this second phase, the best 8 teams from each region will face each other to see who is the champion of their respective region. The winners of the closed stage will get their slot for the Latin American Grand Final, of which we do not have much information yet, but know that it will happen in November and will have a prize pool of $30,000 USD. 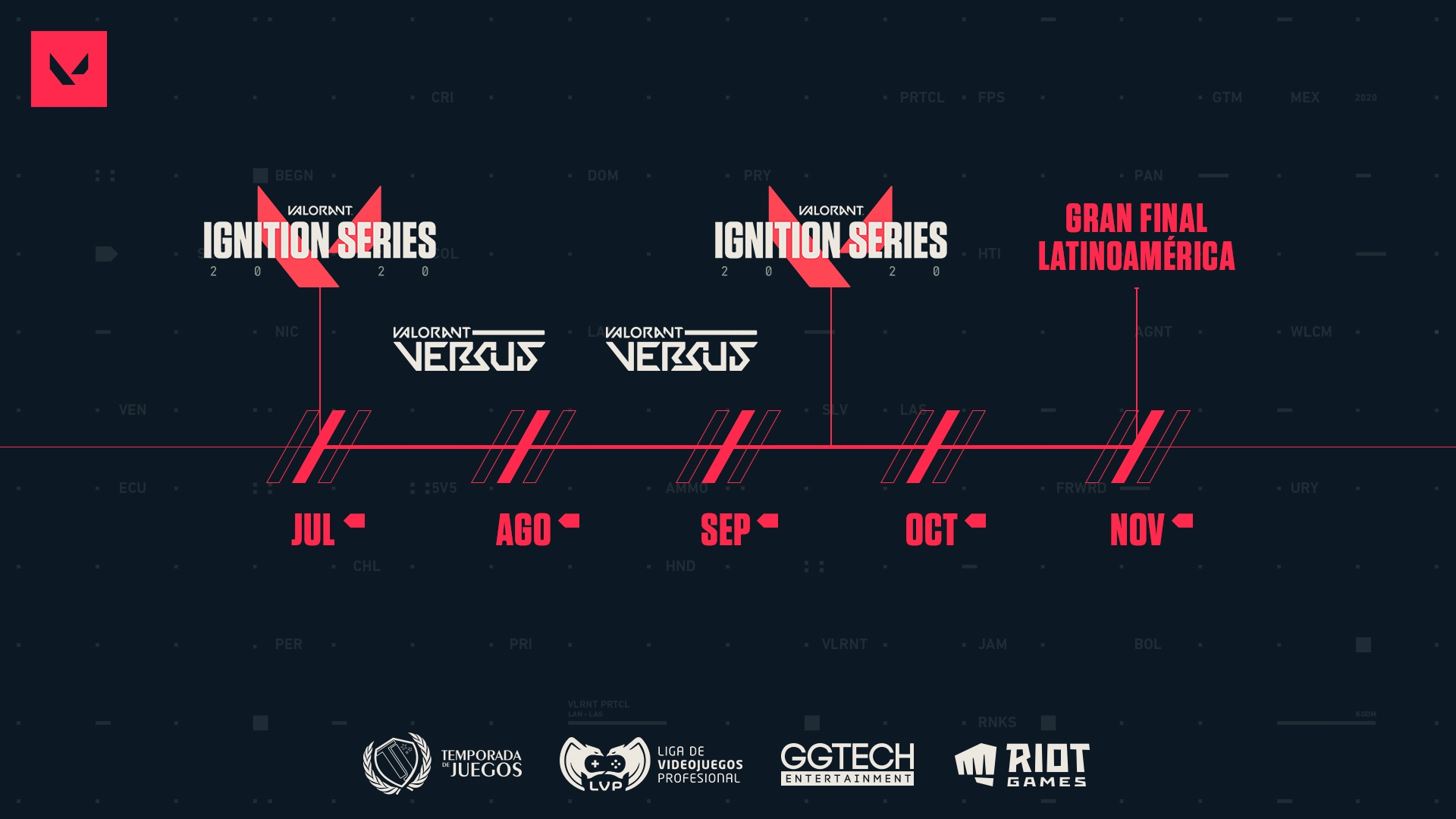 Summary of the tournaments for the upcoming months in Latin America:

The competitive scene for Latin America has taken shape for the rest of 2020 and the teams know what to aim for. With a prize pool of $30,000 USD, the competition will be fierce. In the meantime, the squads that don't have VALORANT teams are still looking for the best talents in the region to play these tournaments in the best possible condition.