sinatraa and his move from Overwatch League: income and passion

Riot Games emphasized several times the tremendous amount of support they are willing to give the VALORANT esports scene. Their Ignition Series tournament announcements, and studio representatives always engaging with the community to address their concerns right then and there is always a joy to see. One of the earliest players to transition into VALORANT was Overwatch League 2019’s MVP and title winner playing with San Fransico Shock, Jay "sinatraa" Won Jay "sinatraa" Won

Team:Maps Played:0KPR:0.8ADR:157.53 revealed a part of the financial side of VALORANT esports we are all curious about. According to him, the salary is a little lower than what he used to get playing in the Overwatch League, but it is made up for with the exposure and sponsorship opportunities being a VALORANT professional brings.

“I’ll say the salary is lower in Valorant, but it evens out with the amazing sponsors I get, that I couldn’t get in OWL due to restrictions,” stated Jay “sinatraa” Won in the interview. 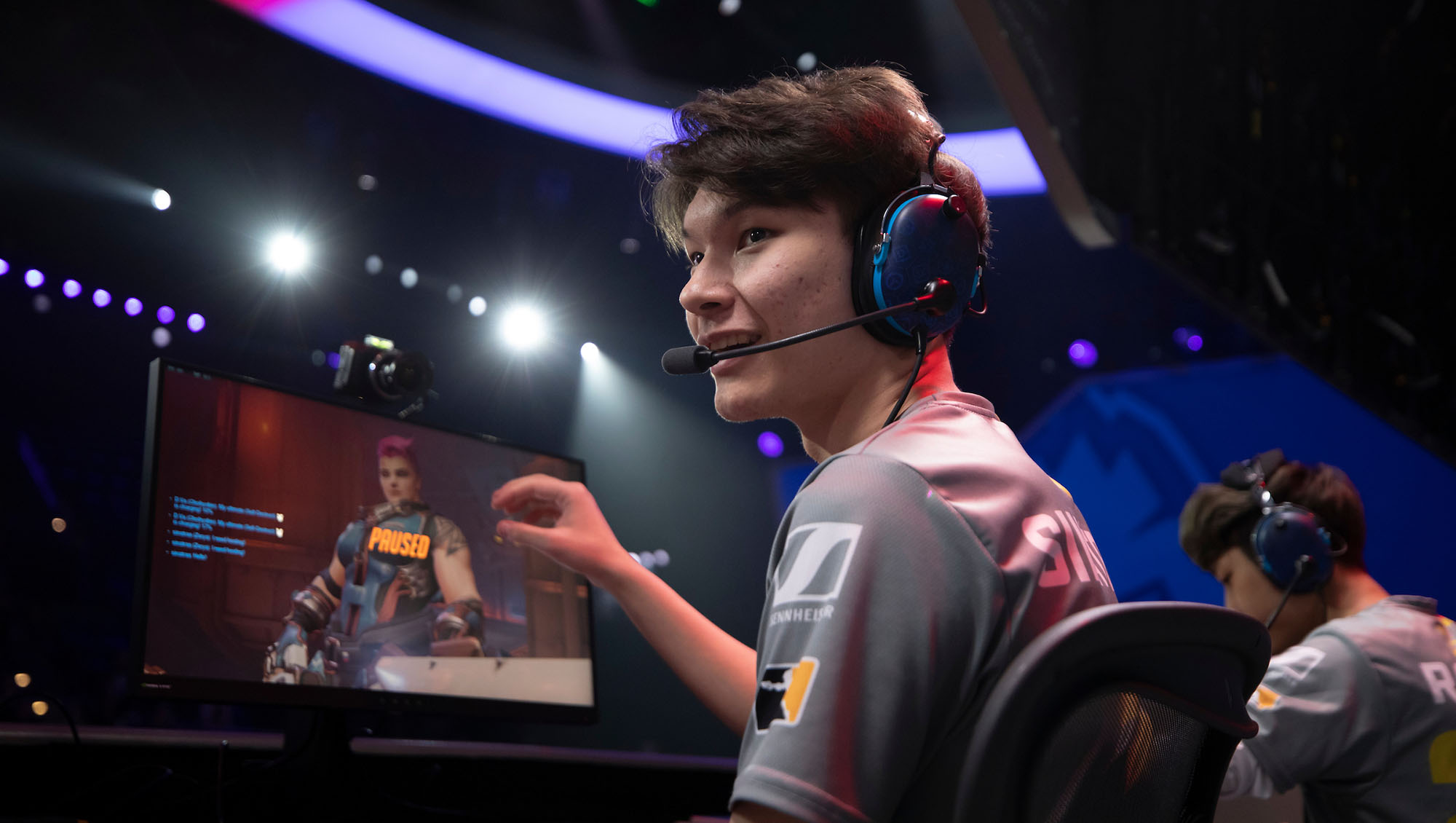 If you want an idea of how much we are talking about here, Overwatch League caster Matt “Mr. X” Morello revealed in April 2019 that the average player in the league earned around $114,000 USD. This number can be broken down into $97,000 USD base salary, $16,000 USD from prize-pool winnings, and $1,000 USD from signing bonuses.

According to sinatraa’s previous statement, it is safe to assume that VALORANT’s base salary is lower than the aforementioned number, but is complemented with additional income channels from sponsors, prize pool, and other marketing activities the player gets involved in. Earlier this month, reports surfaced that the average salary for a VALORANT competitive team featuring five players can range anywhere between $15,000 USD and $25,000 USD per month.

At the time, the article sparked a lot of speculation and criticism of the prices of VALORANT esports players, considering how young and fresh the scene is for it to already have these salary packages. However, G2 Esports’ CEO, Carlos “ocelote” Rodríguez Santiago was quick to heavily deny the numbers and urge the community to put the players’ careers and benefits before bubbling up prices. The Tweet was deleted shortly thereafter but thankfully, nothing gets taken off the internet. 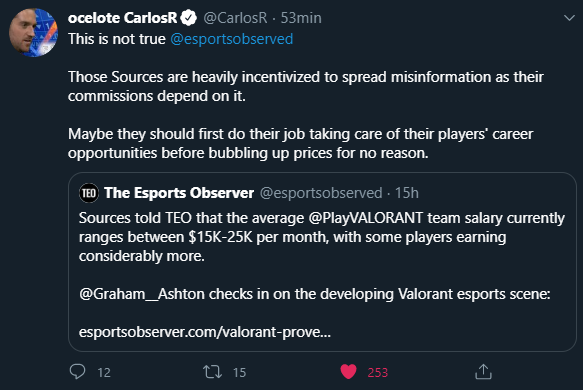 Later on in the interview, he gave an explanation as to what made him leave Overwatch when he had just won the highest of honors in the game’s esports scene. Jay “sinatraa” Won expressed his newly found passion for playing VALORANT competitively. However, sinatraa’s confidence in his Overwatch abilities makes OWL always a backup option if his VALORANT career ever fails to materialize.

“I retired because I didn’t really have fun playing the game anymore. Basically, I just lost passion. My heart is with Valorant as of right now. I know I can always go back to OWL in an instant if I wanted, but I wanna see what I can do in Valorant.

I think Valorant can be one of the biggest esports if they do things right with keeping the game fresh and attracting people globally. I think an open ecosystem is really good in the beginning of games but hopefully in a year or two there will be an established league,” explained Jay “sinatraa” Won on why he decided to leave Overwatch to pursue a competitive career in VALORANT.

What do you think of Overwatch and Counter-Strike: Global Offensive players transitioning into VALORANT? How much game knowledge from these games can be carried over to Riot Games’ tactical shooter? Let us know your thoughts in the comments down below!