Since the game’s release, VALORANT’s spectator mode has come under heavy fire. Only recently have we begun to see some improvements, such as agent silhouettes and health bars being visible to the spectator.

One particular aspect that has been seen as needing vast improvement is the spectator HUD. It is difficult to tell which agents or players are alive or dead, and it’s impossible to see player stats, guns, or economy without pressing tab and pulling up a menu in the dead center of the screen. Over time, some concepts have come out of the VALORANT community as to what a better spectator HUD, specifically tailored towards esports, could look like. 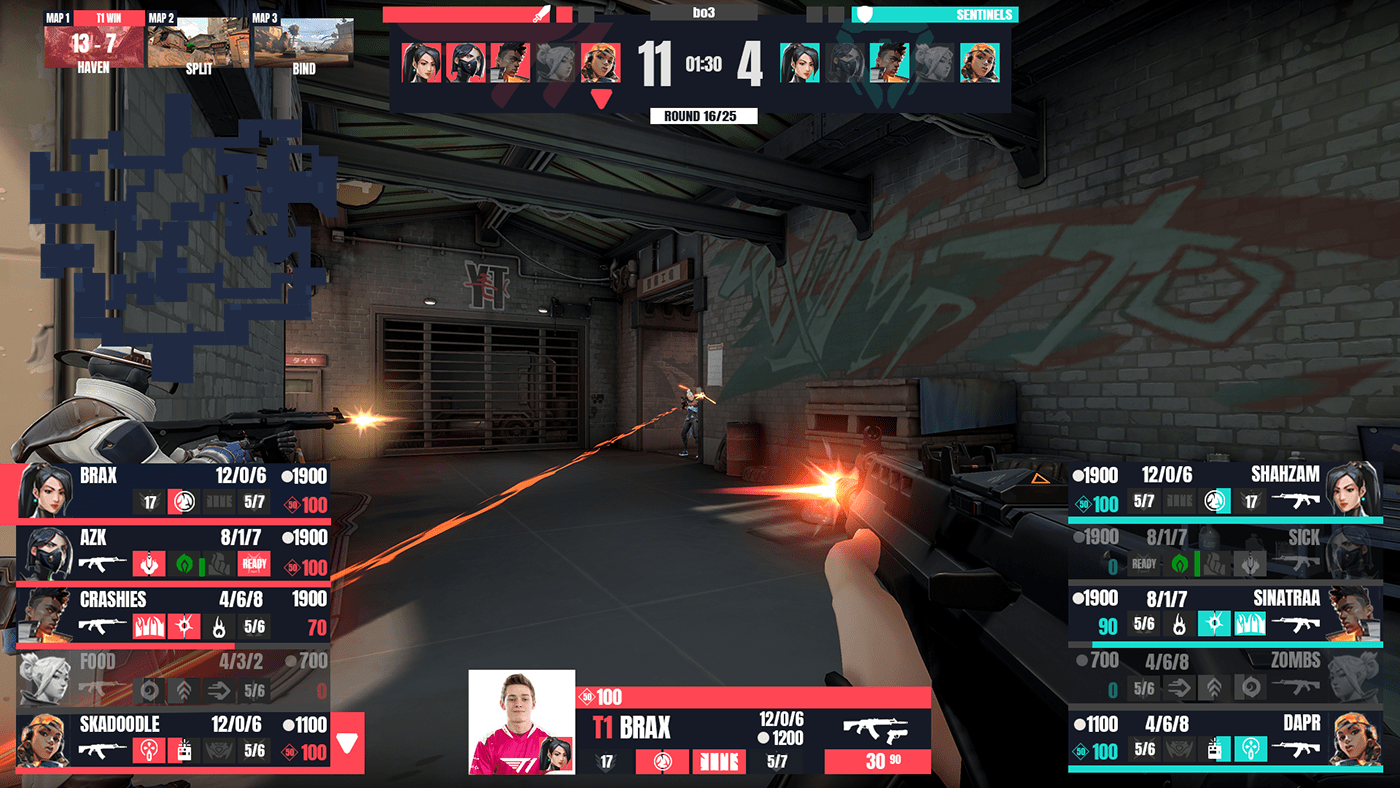 This concept, created by Tom van de Weerdhof on Behance, was created around the time of Twitch Rivals and VALORANT’s official release. It garnered quite a bit of attention among the community, gaining praise for its concept and specifically its use of the VALORANT team colors. The major criticism was the busyness of the player cards. Overall, though, this design would certainly be a major improvement over what we have now.

Another, the more recent design was created by u/alba7or on Reddit. 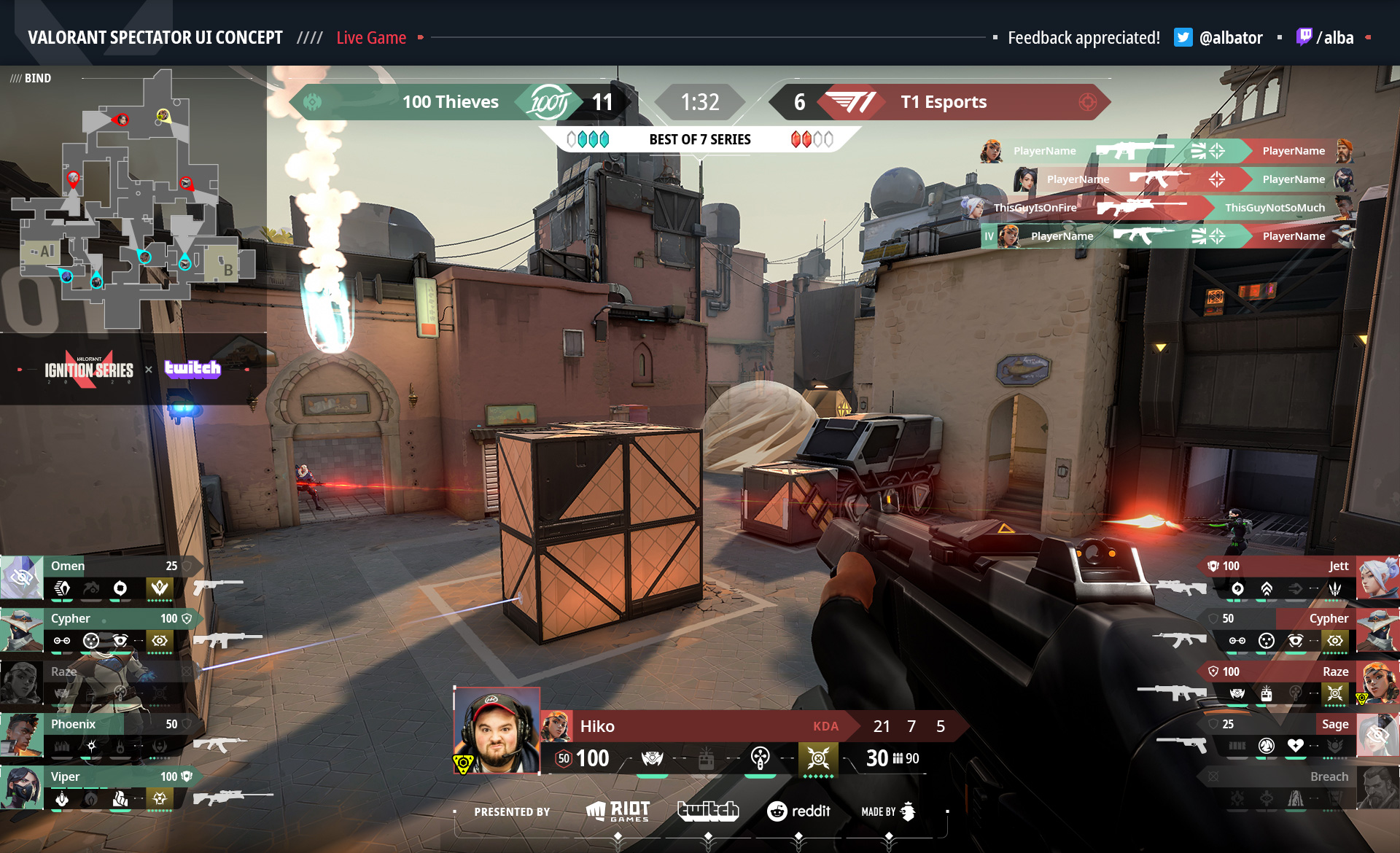 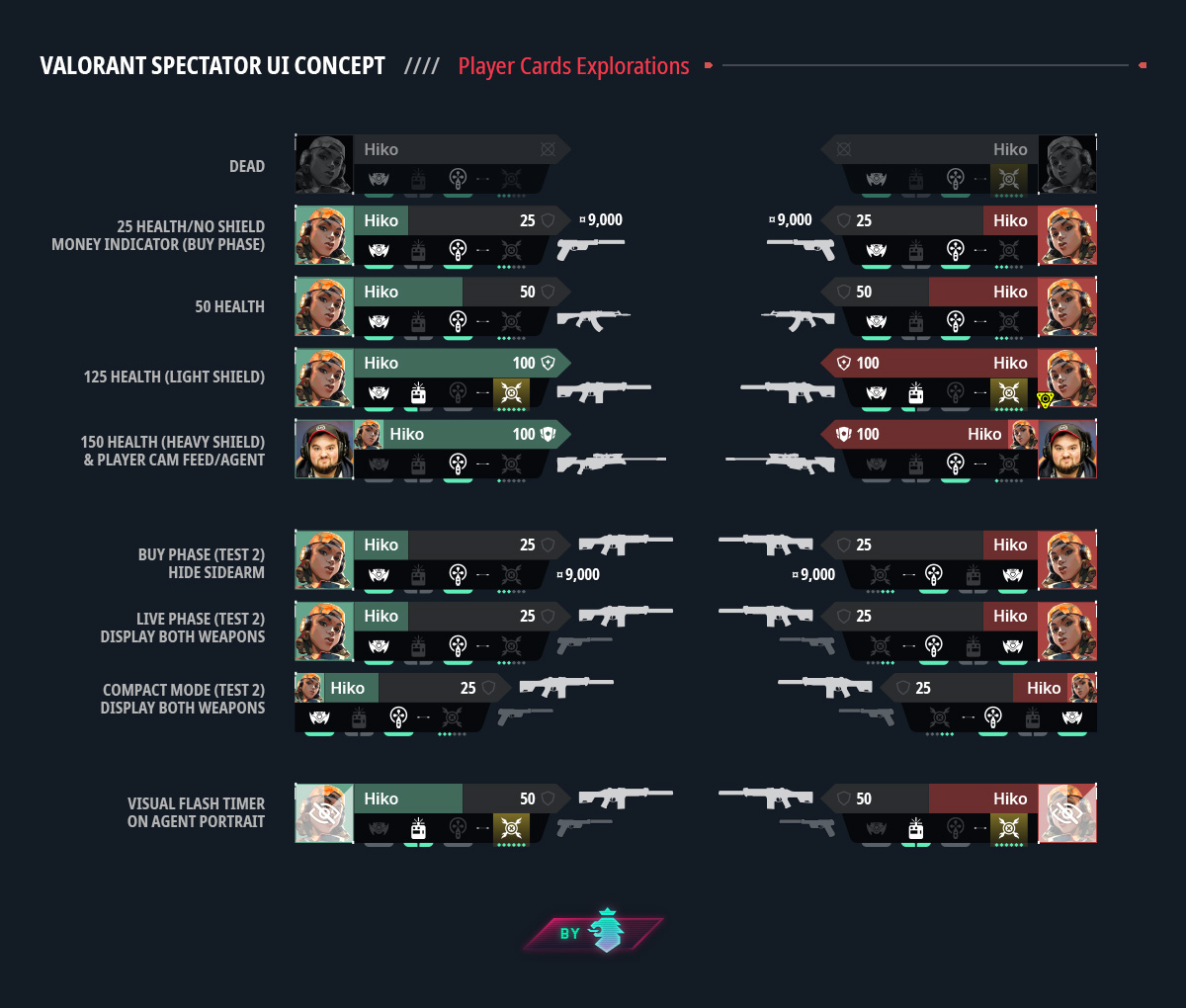 They also experimented with a CS:GO-style HUD, and this design was very well received by the community. The HUD has a bit of a different feel than the previous one, but is just as clean. Tons of options were included in terms of what could be done with player cards, from buy phase to gameplay, to stuns, to player cams.

What do you think of these designs? What would you like to see in custom esports HUDs? With VALORANT’s developers working on their spectator mode and coming out with an API, when do you think we’ll start seeing designs like these in use? As always, let us know your thoughts!