The Guard bounce back against TSM, 100 Thieves and Ghost top the table in Week 3

In a weekend of many 2-0s, The Guard showed signs of life as they beat TSM, and 100 Thieves and Ghost Gaming bested XSET and NRG Esports respectively to move to the top of the Group A table.

The Guard grabbed a much-needed win against TSM FTX in the first Group A match of the weekend, beating them with a solid 2-0 scoreline. The result still puts them towards the bottom of the table alongside TSM, but creates a pathway to a potential comeback at the event.

Haven has been a map that sits comfortably in the back pocket of TSM, having played it occasionally in their run through the Open Qualifiers. It seemed like the perfect moment to kick The Guard while they were down, after a horrendous 1-13 loss to Ghost Gaming on it just last week. But the Jacob "valyn" Batio-led squad were sharp early, looking clean on retakes despite running a composition with fewer flash and stun agents than is currently meta on Haven, case in point being TSM’s lineup of Skye, Omen, Neon, and Breach. Yassine "Subroza" Taoufik was forced into taking a timeout at 2-4, having lost four retakes in a row and being dominated by Ha "Sayaplayer" Jung-woo, who finished the game with 29 kills and a 339 ACS. Finally TSM ended that streak, with Corey "corey" Nigra winning out the post-plant clutch and then allowing his team to string together a few rounds of their own. The score was 7-5 to TSM at halftime and both sides were looking confident going into the second half. 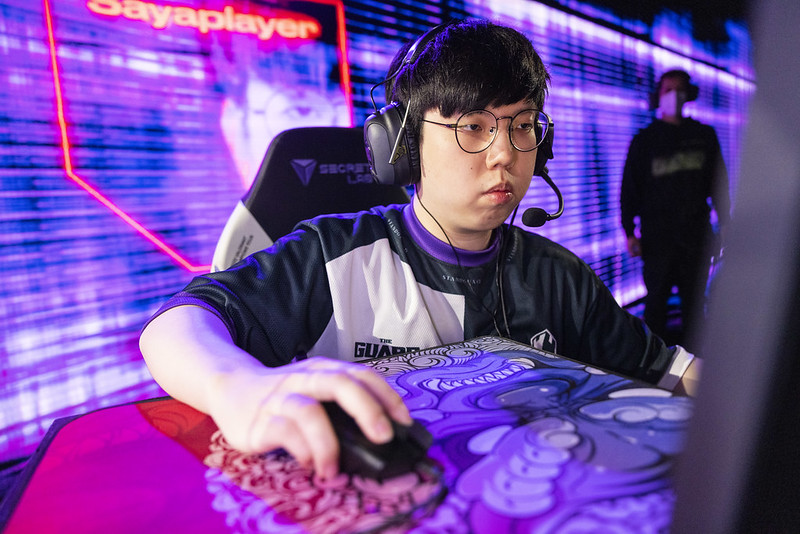 As we’ve seen from Stage 1 Challengers, The Guard are a team that flourish off confidence. They were off to a flying start with four rounds in a row, freely giving up map control to focus on tormenting the C site defense early in the round. TSM finally got a read on that and converted a couple rounds to level things up at 9-9, but the trio of Sayaplayer, JonahP, and neT firing on all cylinders was too much to handle for Subroza’s side and they collapsed, losing four of the last five rounds and dropping their own map pick 10-13.

The Guard’s selection of Icebox was debated, given the last time they had played it was in a loss to OpTic Gaming, while TSM had gotten a few scalps on the map as of late. Regardless, the former converted their pistol round win of the series into a dominant start, going up 4-1 early on thanks to their meticulous B site executes and post-plant setups. A timeout saw Anthony "gMd" Guimond focusing his resources in mid and making an instant impact against The Guard’s B plays and finding a way back for his team as TSM caught up at 4-4. But valyn and co. weren’t ready to give up on that site, tweaking their B hits slightly to ensure they were able to dismantle the three-man defense TSM had there, and in the end their superior firepower saw them chain four more rounds to end the half at 8-4.

They extended this advantage with their second pistol round of Icebox and an anti-eco conversion, but TSM were back with a shout once they had rifles in their hands. They kept The Guard on their toes on both sites, and solid opening kills by corey, which he had a 5-0 record on, and gMd saw the side crawl back to 7-10. It was clear The Guard were going to have someone step up in disadvantageous retake situations and valyn and trent were the ones to do it, changing the tides of the round time and time again on A to prevent any hopes of a comeback, sealing the map 13-7 and taking the series 2-0.

Saturday evening saw a previously solid XSET side get dismantled 2-0 by 100 Thieves, a surprising result given the former’s good form so far and the latter’s poor performance against TSM last week. Either way, this puts both organizations at a 2-1 record and opens the door for any team to snatch first place in the group.

100 Thieves got us started on Breeze, a scary good map for Brenden "stellar" McGrath and co., who have battered a number of teams on it. That looked very much like what was going to happen as William "Will" Cheng made quick work of the XSET attack, and save for heroic plays from Jordan "AYRIN" He and Brendan "BcJ" Jensen, 100 Thieves were by far dominant in the first half. Will was ever present in mid, often supported by Peter "Asuna" Mazuryk and Derrek "Derrek" Ha early in rounds, and as a result was a menace on both sites, finishing the map with 358 ACS and a 2.67 K/D. XSET found themselves in a load of trouble as they won the last round of the half but were down 3-9 going into the break.

As if Will hadn’t done enough in the first half, he started the second with a 3k which saw 100 Thiese convert a 2v4 situation. They moved to an 11-3 lead following the anti-eco, but XSET were able to pull a consolation round back thanks to an early exchange in mid that they came up on top of. But it was too little, too late, as stellar and co. found success with a B crunch and then rounded off the map by disrespecting AYRIN’s Viper’s Pit on A to grab an easy 13-4 win.

XSET had to mentally recover from a crushing defeat as they moved to their pick of Bind, and early on they looked like they had found their groove. Matthew "Cryocells" Panganiban, who had been quiet on Breeze, popped up multi kills as his team seemed to have great reads on the 100 Thieves attack and were able to position him to succeed. It took a Viper’s Pit from stellar in the post-plant to finally put an end to a cruising XSET defense at 6-1. 100 Thieves were then able to salvage a few rounds, relying on the Brimstone of Sean "bang" Bezerra to come up clutch in post-plant situations, and putting up a respectable 5-7 scoreline at halftime.

stellar and co. were quick to level the score at 7-7, thanks to a proactive defense on the pistol and anti-eco rounds. In a crucial 15th round, bang was on hand yet again with a huge multi kill that allowed his team to convert the bonus and gain a big economic advantage. The only rounds XSET were able to muster were ones with perfect pacing and trading, otherwise the firepower of bang, Will, and Asuna almost always gave 100 Thieves the man advantage and subsequently the round win. The final round saw a desperate A hit off the Rolling Thunder but 100 Thieves’ rotations and aggression was far too much for XSET to handle, and they lost the round without even planting the spike, dropping the map 9-13 and series 0-2.
VCT 2022 - North America - Stage 2 - Main Event
NRG Esports
0
X
2
Ghost Gaming
Group A, Best of 3 - May 29, 2022 - 11:00PM
6
Haven
13
5
Breeze
13
NRG Esports
player
Rating
ACS
K/D/A
+/-
K/D
KAST
ADR
HS%
FBSR
FB
FD

The third 2-0 of the weekend went the way of Ghost Gaming, who made it look easy against NRG Esports. The win unexpectedly sent the former to the top of the table in Group A, while the latter are placed last for now.

Haven seemed like a no-brainer given Ghost’s incredible showing against The Guard last week, while NRG hadn’t really played much of it recently. Interestingly, Sam "s0m" Oh chose to play Yoru and both teams had Fade in their lineups as well. A good start for Ghost, with a pistol and anti-eco round win, was countered by four round wins in five for the side of NRG, which took the score to 4-3 in their favor. James "hazed" Cobb was key with his timely rotations and he anchored the C site to perfection, setting NRG up for success. It was a map where the veterans shined, with Marki "NiSMO" Tayar now activated and cracking open sites on his own as Raze. Ghost managed to flip the switch and strung five rounds towards the end of the half to make it 8-4 before the break.

They continued their good form by picking up the second pistol round of the half and reaching double digits early. NRG took the fight to B and put one on the board thanks to their great post-plant positioning, and a couple rounds later relied on Ethan "Ethan" Arnold’s individual skill to clutch out the round. But the real issue for Hazed and co. was getting the spike down in the first place, with Ghost consistently going for aggression at various parts on the map and came out with man advantages, enabled by GianFranco "koalanoob" Potestio’s Chamber. Back to the wall at 6-12, NRG threw a Hail Mary onto C, but Ghost reacted so quickly that they killed the entire team mere seconds after the spike was planted, and claimed Haven 13-6.

After 100 Thieves ran over XSET on Breeze earlier this week, it was Ghost’s turn to do the same to NRG. After winning yet another pistol and anti-eco, Ghost converted the bonus round in flawless fashion. Hazed and co. put all their eggs into one basket as they forced into the next round, and still couldn’t get a single kill as aproto and NiSMO shut down the A hit. The KAY/O was the best player on the server by far, with 8 multi kills and 394 ACS that propelled his team to an eight round streak. A hero Vandal and a hero play by Ethan was what was needed to put NRG on the board and they followed that up with a textbook B site postplant. Hazed’s side found a bit of confidence towards the end of the half as the score was 9-3 going into the break.

NRG finally won a pistol round and things were looking set up for a comeback. But those hopes were dashed just the round after, as Ghost took the B site with just Classics and a Marshall and won the thrifty. A risky force back from NRG paid off, as they took it to 10-5, but the back and forth continued with Ghost preventing an A retake and forcing Sam "s0m" Oh, who only put up 13 kills throughout the series, to save with an Operator. There was nothing that could stop the Ghost machine, however, and with two rapid B executes they took down NRG 13-5 and won the match 2-0.