written by ArmandVanHelden September 27, 2022 at 6:0pm
share on
VCT 2022 - Champions Istanbul came to an end a while ago and some players had blast-out performances throughout the tournament. Here are the top five players with the best ratings at VALORANT Champions 2022 İstanbul. (Participants in the list below had competed in at least 5 maps throughout the tournament.)

Leviatan Esports survived eight maps in the tournament, four matches exactly, and bid farewell to the event in the playoffs. Until getting eliminated by FunPlus Phoenix, they had very impressive performances, sweeping Liquid and PRX in the group stage to start things off. There was one player on the roster that made most of the things possible for them. The Chilean star of Leviatan Esports, Francisco "kiNgg" Aravena, played out of his heart throughout the tournament to keep his team in the competition. He held the highest rating in the tournament with a solid 1.28 in eight maps. He played Raze four times, two times Viper, and two times KAY/O. kiNgg’s most spectacular performance was in their loss against the later tournament winner, LOUD. In the first map of the series, kiNgg held a 1.51 rating and grabbed d26 kills on Viper, failing to prevent the 14-12 loss against the Brazilians. Secondly, Leviatan looked lost on Haven but he still stood for his team with a 1.54-rating Raze performance. He grabbed 6 first bloods and 22 kills in total, still unable to keep his team in the upper bracket. 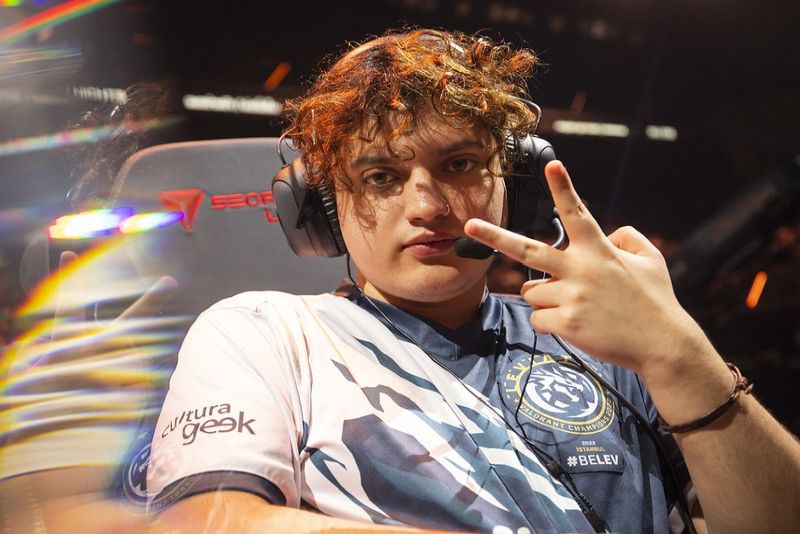 Considered one of the best aims in the west, Jaccob "yay" Whitaker, is at the second spot with a 1.23 rating. However, he might be considered the best because he played 23 maps throughout the tournament as OpTic Gaming reached the grand finals. After the release of Chamber, most of the greatest aimers began locking the agent and yay immediately became one of the best Chamber players in the world. Throughout VCT 2022 - Champions Istanbul, yay picked the agent 21 times and he played Jett in the remaining two maps. His 1.23 rating overall is very impressive considering the number of maps he had played. He had many blast-out performances but the one against Team Liquid was the most memorable one for sure. The North American Chamber played superbly against the EMEA team, even holding a 1.86 rating with 30 kills and a 3.33 K/D in one of the maps. 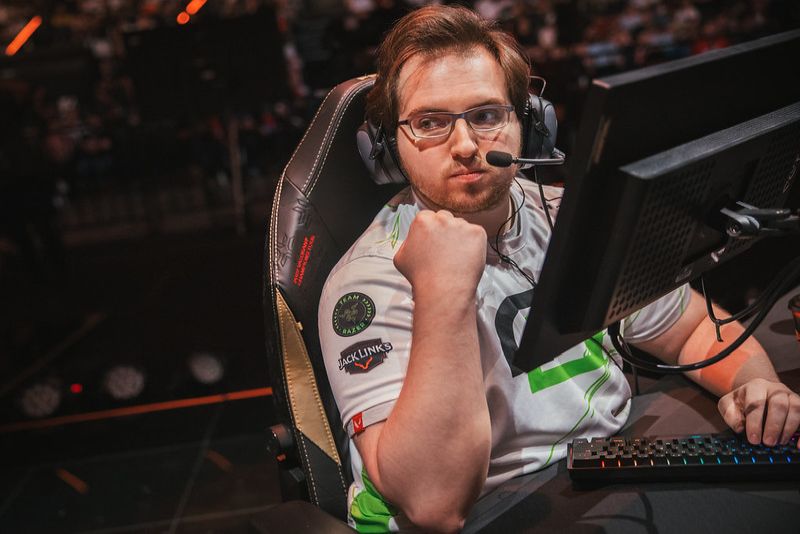 yay in the grand final game against LOUD

Fnatic’s biggest weapon in its arsenal, Derke is also one of the players that played more than 10 maps, he had 15. The Finnish star played a huge role in Fnatic's success until VALORANT Champions and he picked up where he left off in the biggest tournament of the year. Derke held a 1.21 rating, placing right after yay on the list. Just like yay, he also became one of the best Chamber players in his region in no time and he picked the agent 13 times in İstanbul. His choice for the other two maps was Jett. Derke held a 1.20 rating on Chamber and 1.29 on Jett, separately. Looking at the big picture, he had a 1.21 rating throughout the tournament in 15 maps, before Fnatic’s journey came to an end in the playoffs. The Finnish player’s best performance in the tournament was in FNC’s last series, against DRX VS. Derke popped off in the first map and held a 1.95 rating on Chamber. He grabbed 31 kills with 5 first bloods and a 3.10 K/D. 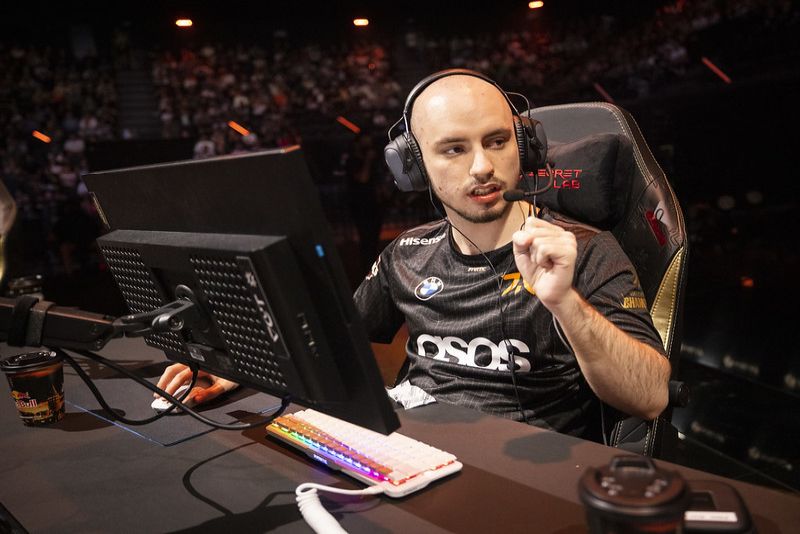 Derke after a round win, Champions İstanbul.

ZETA DIVISION weren’t in their best shape at VALORANT Champions İstanbul. The Japanese team failed to get past the group stage and bid farewell to Turkey after the decisive match in Group B. Despite their poor performance as a team, one of the players had a great showing individually in the tournament. Laz only played seven maps but he made it to the list by holding a 1.20 rating. Alongside kiNgg, he had one of the lowest appearances and the result may have been different if played more games but during his time on the battlefield, he played his heart out. The Japanese player was one of the main reasons that ZETA lived to see the deciding match of Group B as he had an outstanding performance in the series against BOOM Esports. The scoreboard showed a tie as both teams had to win on Fracture to keep their hopes alive and Laz had 1.39 and 1.34 ratings in the previous maps. On Fracture though, he played out of his mind and held a 1.64 rating and ZETA won the map with a score of 13-2 to face LOUD. Other pieces of the roster also had spectacular performances but Laz’s Chamber was different. During his time in İstanbul, Laz picked Chamber four times, KAY/O two times, and Skye for once. 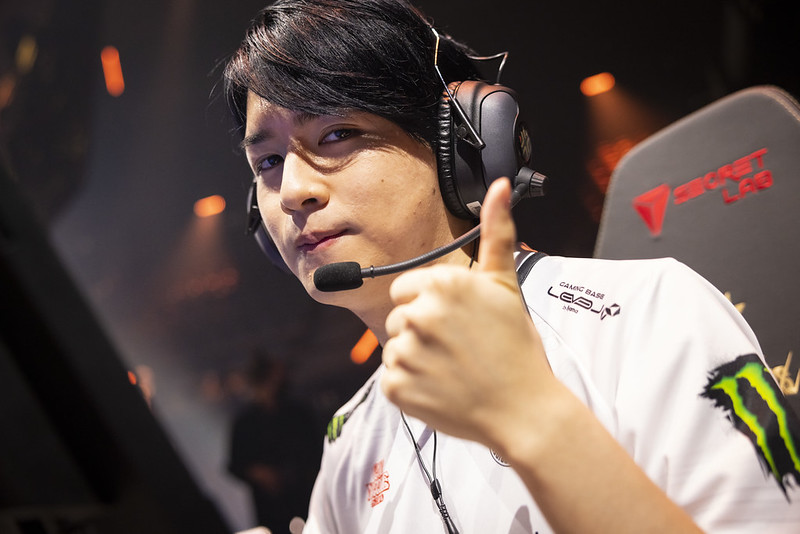 ZETA's Laz posing for the cameras before the game

The man, the myth, the legend, and most importantly the SPIKEGG MVP of VALORANT Champions İstanbul has also made it to the list. Of course, it is Bryan "pANcada" Luna that I am talking about. The Brazilian player also played more than 15 maps as he made it to the grand final and even won the trophy. He mainly plays smokers and he didn’t change his role in İstanbul. pANcada’s most picked agent was Omen with nine choices, Brimstone and Viper followed him with three picks each and lastly, he played Sage and Astra once. If you have noticed, he is the only player who has a different and wider agent pool than the ones on the list. He was one of the main reasons that LOUD won the trophy this year as pANcada held a 1.15 rating in 17 maps, playing the agents that are mentioned above. 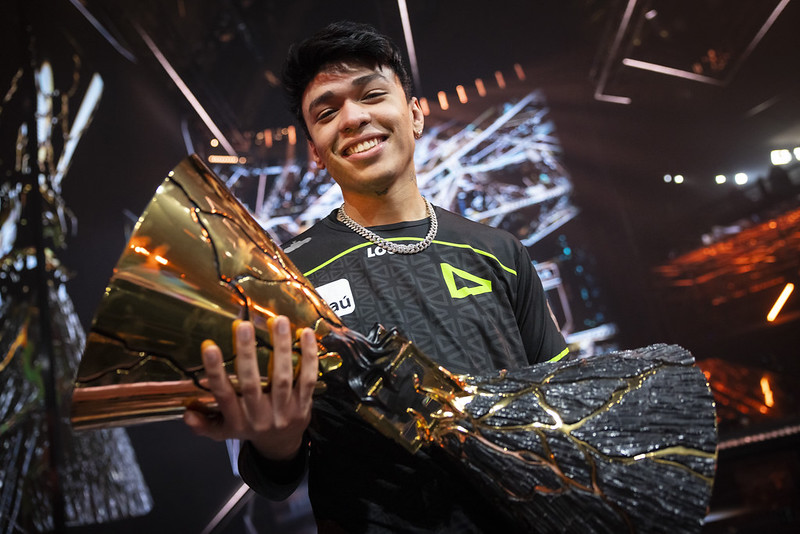 pANcada holding the Champions trophy after their win against OpTic Gaming

100 Thieves’ William "Will" Cheng also held a 1.15 rating but he played seven maps, less than half of pANcada had so that is why the Brazilian is on the list and Will isn’t. Besides, Zhang "Smoggy" Zhao held a 1.17 rating but only played three maps, which is below the five-map rule that is mentioned at the beginning of the article.

The VALORANT Champions İstanbul journey was a great ride both for fans and the players and we hope next year will be even better!