We got to see Riot Games’ First Strike series of global tournaments operated and organized by themselves announced earlier. It promises to see competition spread out across North America, Europe, CIS, Turkey, Asia, Oceania, Brazil, and the Middle East. All of them will have their own top eight First Strike Finals between December 3rd, 2020 and December 6th, 2020. Luckily, Riot Games’ Global VALORANT Esports Strategy Lead, Kasra Jafroodi, provided more details on the timeline and tournament breakdown.

Kasra Jafroodi was featured in the 22nd episode of Do Not Peek Entertainment’s valoRANTING podcast, where he gave an overview of the First Strike tournaments coming up. First off, October will feature the Qualifier stages, with November holding the Regional tournaments and Finals being held in December as previously announced. North America, Europe, Latin America, and Korea are all considered Major regions. On the other hand, Russia, Japan, Turkey, and the Middle East are classified as Minor.

It is worth noting that in the original announcement, only Brazil was mentioned. However, the official VALORANT website for Latin America revealed that more news regarding the future of the tournaments in that region will be shared on a later date. 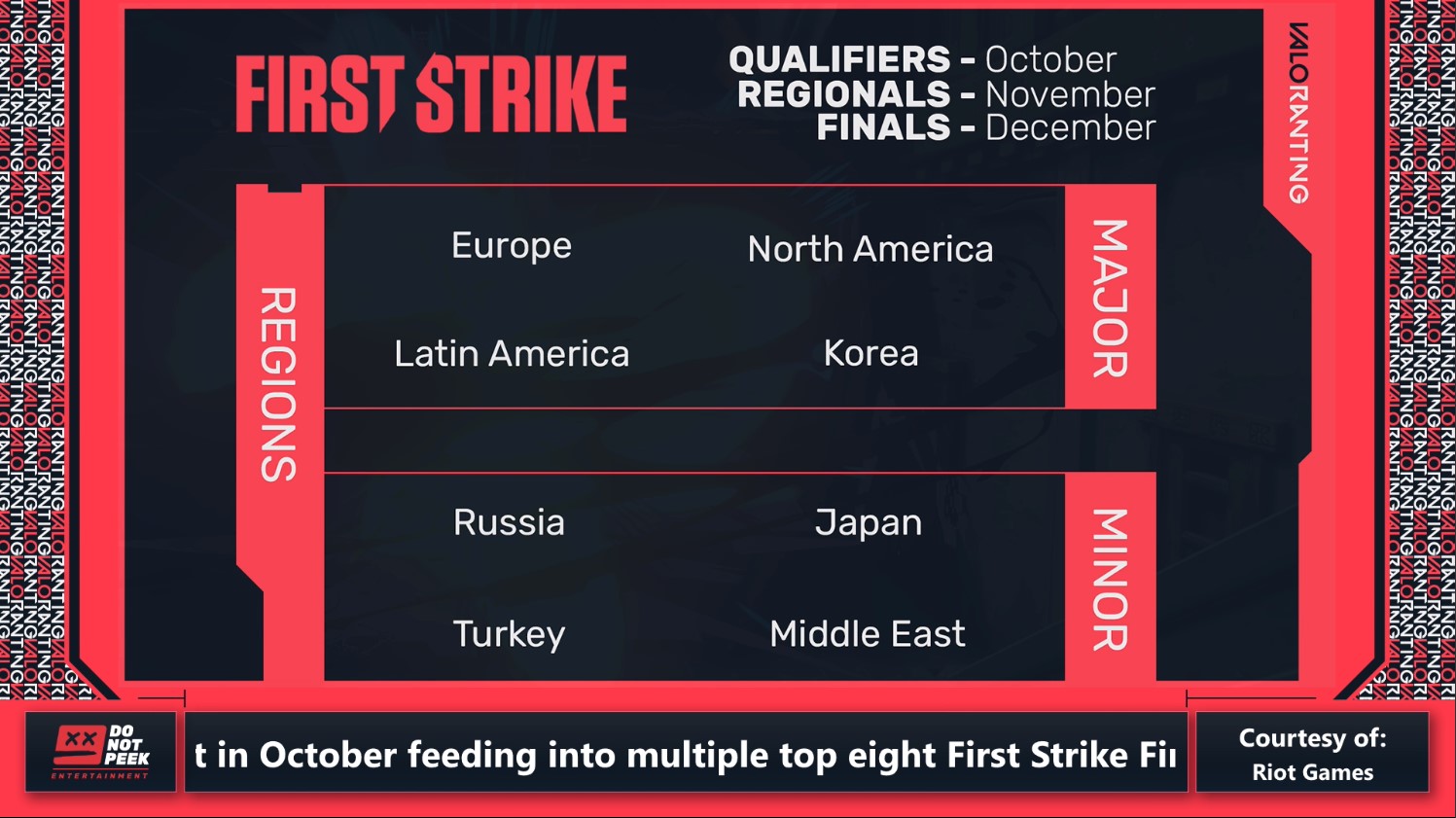 © Riot Games / Do Not Peek Entertainment

He continued later in the episode to discuss how every region won’t necessarily feature the same qualifier format, but they will definitely have to go through competition to secure a spot in the regionals and eventually, the Finals. Beyond that, he touched upon the potential of franchising VALORANT esports, and Kasra Jafroodi admitted it is something they are studying, but their main focus is to get First Strike executed right before they explore other options.

What do you think of Riot Games' newly announced First Strike tournament series? Let us know your thoughts in the comments below!

FLegby
its awesome but regional finals should be at separate times, if i get correctly it will be roughly stacked at once
2020-09-26 02:05