Ever since its introduction, the Game Changers series has been a success with more audience engagement both regionally and globally as well as more participation by women looking to demonstrate their talent. Considering the upward trajectory of this endeavor, Riot was bound to introduce changes to its format to further its reach and they did so earlier today for EMEA. A quick read their blog post reveals two new tiers of competition being added to the base structure, which are explained in more detail below: 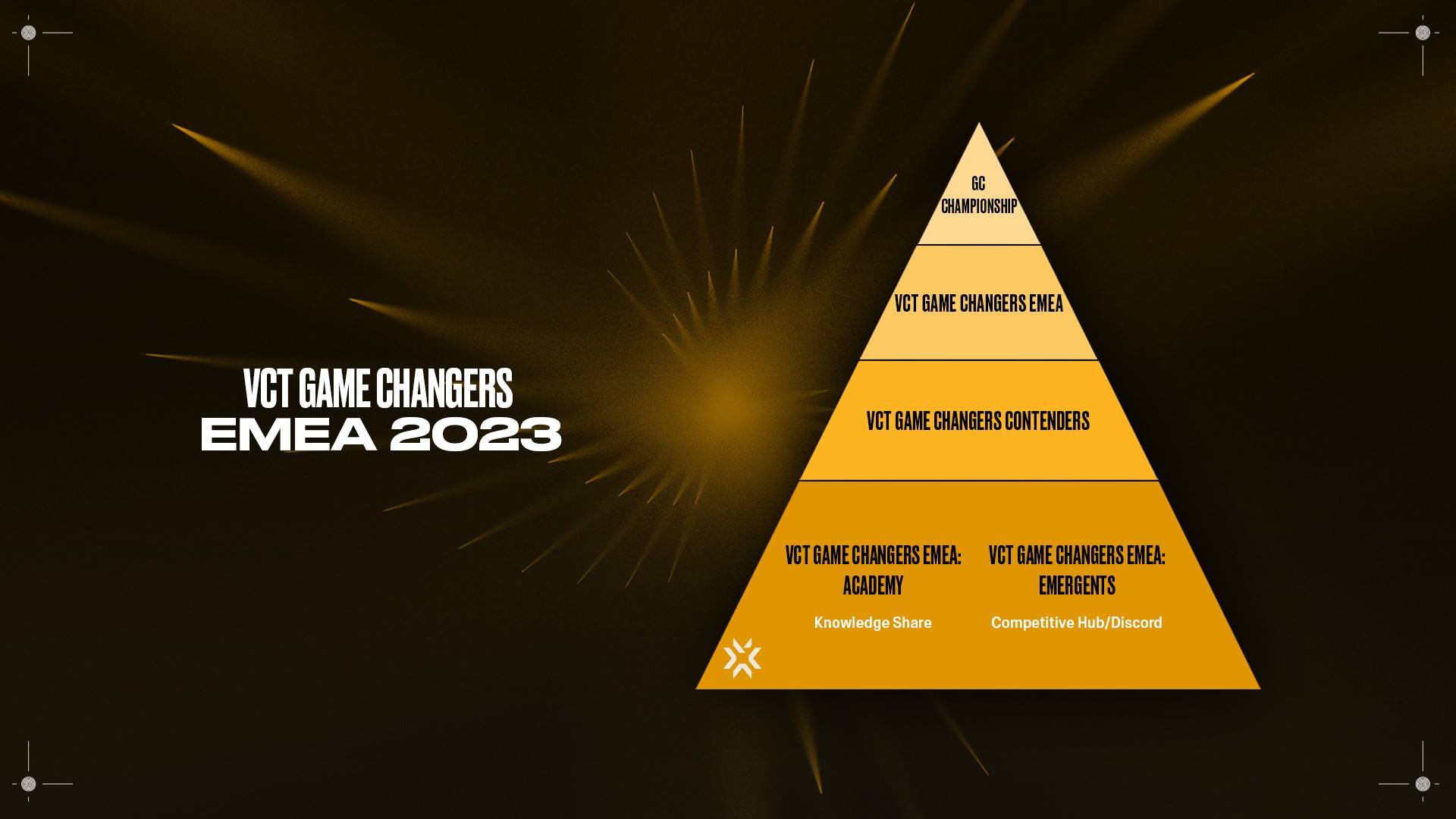 The Emergents series will provide women that have reached Radiant in the game’s Ranked system the opportunity to become a part of a dedicated Discord community with a leaderboard and rewards. It seems that this Discord will be mediated by Riot themselves and apart from hosting tournaments, it will serve as a centralized source for the latest news and updates. These efforts will be tied in with VCT Game Changers EMEA: Academy where Game Changers professionals will offer advice and tips to the up-and-coming talent to provide the community with a chance to learn more about careers within the VALORANT ecosystem.

Instead of participating in qualifiers directly for Challenger events, a new division of tournaments will be introduced as part of the Contenders series where the best performing team will be granted a spot at the Main Event. These tournaments itself will feature Open Qualifiers to narrow the pool of participants that have to battle it out. Although the VCT Game Changers EMEA will feature a 16-team league, only 12 spots will be up for grabs through contender tournaments with the remaining four being granted to the teams that finished top 4 according to circuit points in the recently concluded GC season.

As expected, the final stage of Game Changers will stay the same with the World Championship pitting the best teams around the world against each other for the title.