Epulze Valorant Prodigies: Summary of Group A & B

Epulze Valorant Prodigies started last weekend on May 23rd-24th and the first four teams that will be playing in the playoffs are already known, you can check here the results from Groups A and B.

In Group A Dreamchasers got a solid first place with a perfect score (3-0); WorstPlayers (2-1) were able to keep a second place only falling in front of Dreamchasers. The surprise of the group was HypHypHyp (1-2), one of the strongest teams in Europe that couldn't qualify for the playoffs ending up third in the group stage. The games against WorstPlayers and Dreamchasers were both close. Against Dreamchasers they went to three maps and the loss was decided in overtime of the last map, Split. Godsent (0-3) didn't have a great performance ending with a negative scoreline.

Group B had one of the favorites of this tournament Fish123 (3-0) playing at their expectations and not only got a perfect score but also not needing to play any third map in all three games. The Polish squad, Fordon Boars (2-1), secured second place and qualified for the playoffs. Absolute Legends and Valorando had close games, but they couldn't close some maps in overtime. 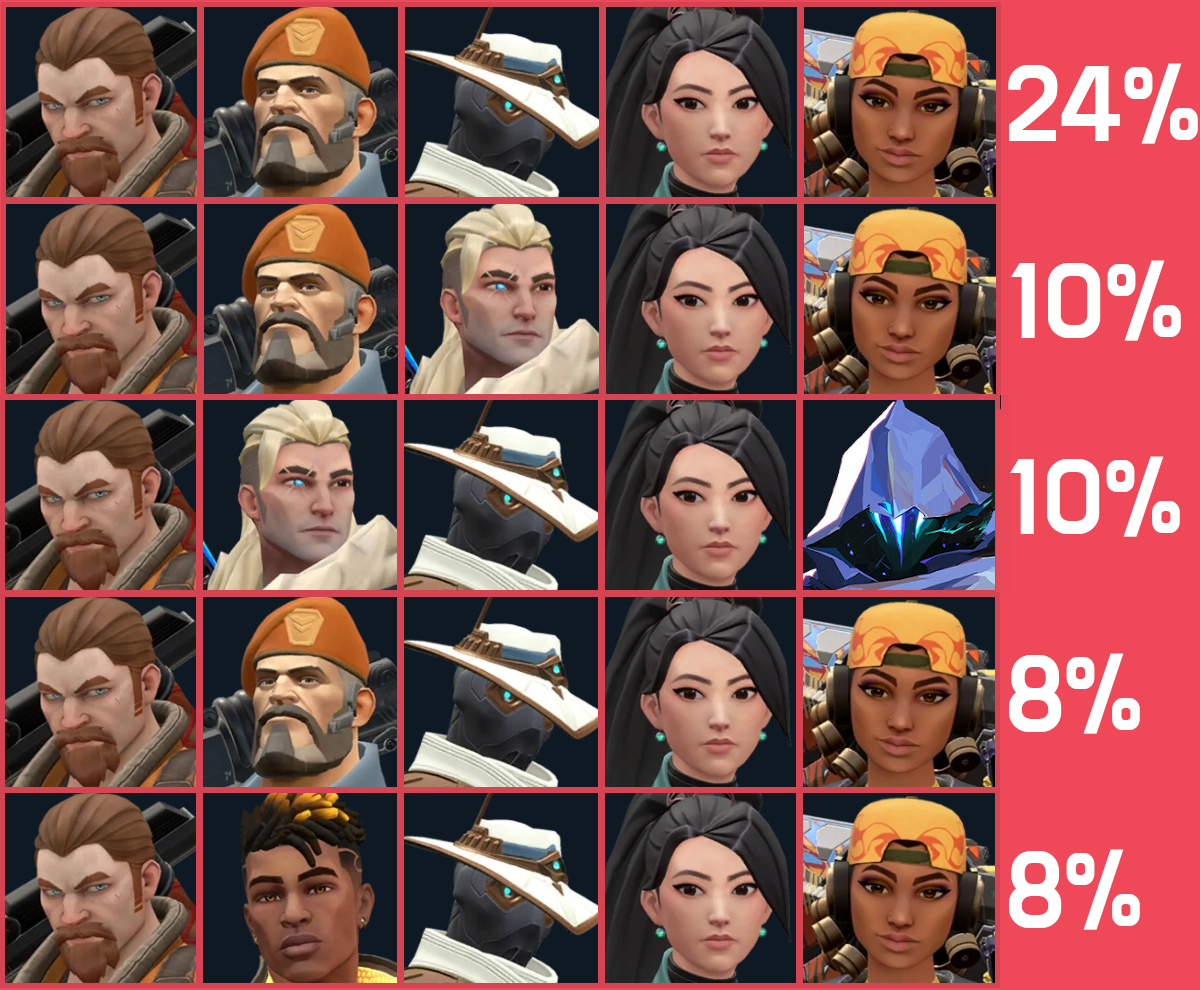 Top 5 Compositions in Epulze Valorant Prodigies Group A & B

Breach, Brimstone, Cypher and Sage are the core we are all used to, Raze was being used as much as Breach in Groups A and B. Europe slowly moved away from Sova as the fifth agent and favoured Raze. Not surprisingly Fish123, one of the strongest teams in the region, uses Raze constantly.

Analyzing a little bit the choice of agent lineups have:

Only losing against Fish123; they had a good performance overall.

The compositions formed with Omen were all picked by HypHypHyp, with an identical core and only changing Breach for Raze on Bind.

Due to the closed beta ending on May 28th with the official launch of the game on June 2nd, the rest of the Groups C & D will be played on June 5th and 6th respectively to determine the 8 teams playing the single-elimination playoffs bracket to determine the winner of the tournament. You can find the schedule of the next matches here.