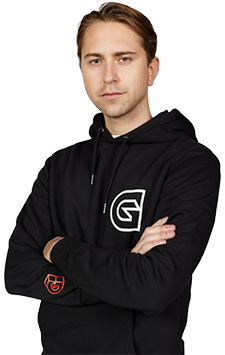 Originally signed to Guild as a fill-in after members of the BONK core made a decision to leave the organization for different teams as they were signed to the organization, Draken has played a key role in the teams success over the past 6 months. He is a former CSGO professional, known for his stints with NiP, Fnatic, and Epsilon. As he moved on to VALORANT, he would go on to play with lesser known unsigned teams, proving himself to be of worth to any team that would give him a chance. After Guild signed him, the team would make an impressive run during Masters where they would eventually finish in 3rd place, edging out FunPlus Phoenix FunPlus Phoenix

As for Draken's future, much is still unknown as he will take the next couple of months to decide on what path he chooses to head towards. Whether that be finding a new home in Valorant or Counter-Strike, or even becoming a full time content creator, his fans will stick around knowing the decision is in his best interest.

With this move, Guild Esports is now:

paTiTek | tamas1n
draken was one of their worse players, this might actually end up being good for guild if they sign someone good.
2021-06-12 11:08