As the VALORANT esports scene is slowly shaping up, we’re seeing plenty of organizations expand into the competitive space. But, there’s also some news surrounding those who decided to reconstruct their squads after joining the scene during the closed-beta phase.

A few days ago we asked ourselves: “What happened to Ninjas in Pyjamas?” highlighting their current situation after Dylan “DiGeDoG” Chainski announced officially on his Twitter that he is no longer a part of the NiP squad, due to the COVID-19 situation all around the world that meant he was unable to travel back to Sweden from Australia. DiGeDoG was not the only player missing from the previously announced ex-Paladins roster as Aleks “Alex” Suchev has been absent in tournaments for several weeks. As we mentioned in the previous article, the core of the squad: Malkolm “bonkar” Rench, Leander “Tenner” Aspestran and the coach Erik “Bird” Sjösten , were playing with a variety of players, presumably in search of the best elements to complete their roster - especially after the arrival and replacement of 5Dogs in the recent Wave Esports Invitational Cup - S1. However, nobody could’ve predicted what actually happened next.

“Knowing the developers behind VALORANT and their ambitions for the game, we decided to enter the competitive scene very early on. A perfect way to do that was to bring our old Paladins stack back, giving us a great way to learn and understand how the game and ecosystem dynamics will pan out,” Jonas Gundersen, COO of Ninjas in Pyjamas said in the official announcement. 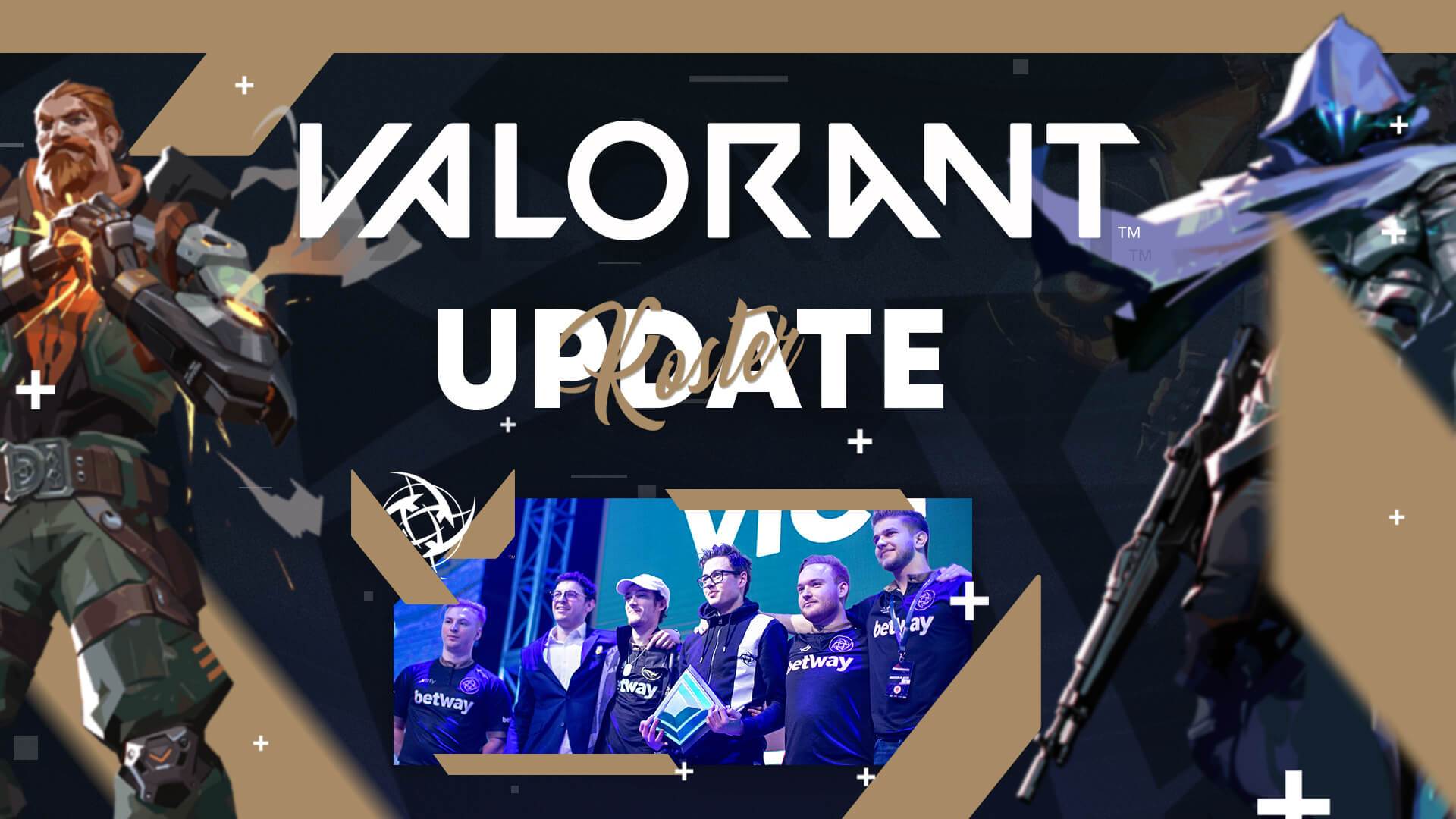 Today, Ninjas in Pyjamas announced a complete reformation of the team and bid farewell to all of the former Paladins players and World Champions as the organization struggled with recreating the “old magic” after two players of the original lineup left the team.

With the departure of the players, Ninjas in Pyjamas welcomed two new individuals with a competitive CS:GO background who were seen playing with NiP during a few tournaments - Niels “luckeRRR” Jasiek and Emir “rhyme” Muminovic, both of whom are familiar faces to the VALORANT community. During his CS:GO days, luckeRRR tried out for German organization BIG but later switched over to FNATIC’s Academy squad. The 24-year-old was an active player during the early stages of the VALORANT competitive scene. luckeRRR took part in the Twitch Rivals Showmatch on Team Solaaaa, competed in the recent G2 Esports Invitational and was at one point a member of VALORANDO.

Both luckeRRR and rhyme are represented by Prodigy Agency and participated in a few tournaments under their name. Like the majority of professional VALORANT players, rhyme also came from the CS:GO scene, albeit less internationally recognised than his new teammate. He represented Team bonkar at Twitch Rivals and was a member of Team ZeratoR for the G2 Esports Invitational, alongside that, he played as a stand-in for NiP in various other tournaments.

“We strive to be the best team in the world at everything we do and the road to achieving that in Valorant is both new and incredibly exciting. It will require us to keep working towards the performance and roster philosophy we have across all our teams and at the end of the day, it’s our ability to attract, inspire and retain the best players that will be at the heart of our esports setup, giving them all the support needed in order to fulfill their potential,” continues Jonas Gundersen.

“Excited to join Ninjas in Pyjamas alongside rhyme to build the best team possible on VALORANT. I'm really thankful for the opportunity to prove myself in a legendary organisation,” says Niels “luckeRRR” Jasiek.

In recent weeks, NiP won the first edition of the Wave Esports Cup, as well as Elite Esports’ Rivalry Bowl Europe. They took second place at the COOLER Cup, losing to fish123 in the finals, and most recently the team placed third in the 6th edition of the Take The Throne tournament.

The organization is currently actively searching for the three players that will join their squad, as well as an experienced coach that will help the team achieve its goals. Who else do you think we will see in the NiP roster? Let us know in the comments!

Ninjas in Pyjamas now consists of:

GGJay
Its a real shame about Bonker tbh, the man was a very hard carry for the team, and i guess they want more csgo players rather then hero shooters :/ shame
2020-06-25 10:56
LucasW
Bonkar
Rhyme
Lucker

ValdemieGC
I feel bad for tenner and bonkar if neither of them get a spot in the roster. ?

I think Tenner has a huge potential and he is very young. I think he just needs time and he will be an incredible player in the future. He's one of my favourite players.
And Bonkar is such a great player to have on your team. Great communication and a really clever Cypher player. Just as Tenner, I think he only needs a little of experience.
2020-06-25 12:58