Opinion: Who will fill out North American VALORANT rosters?

written by Germanicus September 22, 2020 at 3:0am
share on
There are currently 15 open positions needing to be filled on major North American VALORANT teams. T1, 100 Thieves, Complexity, and Dignitas are all tier 1 organizations looking for players to compete at the absolute highest level, with NYFU, Built By Gamers, and Spacestation Gaming all in the mix as well. And I don’t believe it’s controversial to say there’s somewhat of a dearth of talent to fill all these positions. Who might we see filling out these rosters? Who deserves a shot? Let’s break it all down.

T1 have been highly speculated to be courting former iBUYPOWER Counter-Strike player Sam “DaZeD” Marine as the fourth member of their roster. Assuming this all comes to fruition, all four members of T1’s roster will be former members of that CS:GO team.

As T1’s team are all massively experienced players, the team will almost certainly want a player of this type to fill out their roster. But with a full iBUYPOWER reunion out of the question with Joshua "steel" Nissan’s signing to 100 Thieves, if the team does want another older Counter-Strike player to fill out the roster, it will have to be someone we haven’t seen yet switching to VALORANT. At this point, it is the only way. 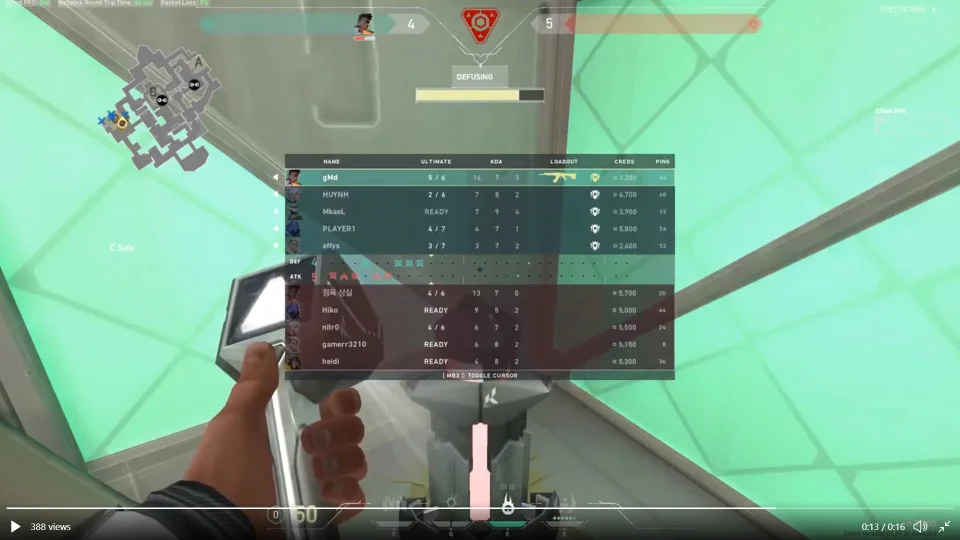 In the clip, Hiko and nitr0 are visible, as well as three other players. “heidi” is now assumed to be steel, as he’s since joined their team. That leaves two other players.

The player with the Korean name is highly likely to be Aaron "b0i" Thao, as that username was previously listed on his twitch channel as his alternate account. b0i has participated in a few lower-level VALORANT tournaments, having won each that he’s entered, and can often be seen playing with current VALORANT professionals on his stream. He has a lot of skill, and would make sense as a fragger for 100 Thieves.

This leaves one spot open, and also suggests 100 Thieves are willing to pick up anyone, not just sticking to a foundation of CS:GO veterans. There’s a lot of talent that could fill this role. Former Prospects player Hunter "BabyJ" Schline is an option if the team wants to pick up a Cypher player, or we could see recently released Envy player Abdo "c4Lypso" Agha fill out this spot. Or perhaps 100 Thieves go in a different direction: Matthew "Wedid" Suchan is one of the most flexible players in the region, and, while he is contracted to Mamba Mode Gaming, 100 Thieves could certainly buy him out.

Finally, there are rumours going around that 100 Thieves are looking into a transfer for Immortals players Peter "Asuna" Mazuryk and Quan "dicey" Tran. This would be massively exciting, but also massively expensive, as Immortals aren’t likely to let their two young superstars go for cheap.

Having recently benched several players, Complexity are also on the hunt for new talent.

I’m not sure we’ve seen the last of player releases from the team, either. Riley "ohai" Nguyen is the only player I would bet on staying with the organization, as he is a highly skilled Jett/OPer Complexity can build around.

So, who fills out the team?

My mind immediately goes to c4Lypso and Adam "aKis" Kisseberth. They’re the best free agents on the market right now, and would make fine additions to build Complexity into a winning team. Former 100 Thieves smoker Alfred "Pride" Choi is also an option, though not likely with c4Lypso as they fill the same roles.

Everything else depends on whether Complexity releases more players. If they do, they’d be looking for one more rifler and a Sentinel. BabyJ is again an option, as is Kamden "sugarfree" Hijada. In terms of high-level riflers, North America is somewhat bare, so pick-ups from Genesis or buyouts from Morning Light are likely Complexity’s best options. Former Homeless rifler Leonardo "Laski" Arroyo is also a player Complexity could look to, providing skill and flexibility to the rebuilding team.

With the recent departures of Kevin "POISED" Ngo and Ryan "Shanks" Ngo from Dignitas, the door is wide open. Their search for a Jett/OP continues, and this an area in which North America is somewhat lacking.

Kelden "Boostio" Pupello is an option, but he recently tweeted out that he had been signed, and that is likely to Spacestation Gaming as he recently played with that roster during the PULSE Series.

That leaves, again, buyouts from North America’s two very successful but very small organizations. Ronan "Osias" Javelona and Chad "oderus" Miller have been impressive, and are likely Dignitas’ best options to fill out that spot.

As of September 21st, a replacement is also needed for POISED. The best rifler skill is likely found, as was mentioned with Complexity, on Genesis and Morning Light. Or perhaps we see the return of Laski to the squad?

With three spots to fill, the door to Andbox is wide open. We don’t really know what roles new signings Bradley "ANDROID" Fodor and Jaccob "yay" Whitaker will be taking up, leaving room for any number of players and roles to fill these spots.

Almost every player I’ve mentioned so far is an option for the New York-based team, but for the sake of bringing new players into the mix, Highground are still at large. The team, formed around former 100 Thieves players Keane "Valliate" Alonso and Diondre "YaBoiDre" Bond, are one of the better unsigned rosters still running around, and could see players picked up by large organizations. Andbox have more choice than any other team, but also have more signings to make.

With so many positions to fill, and little tier 1 talent to occupy them, big North American organizations will be battling it out over the quality still left. The next few weeks are certain to be exciting for roster swaps in the North American VALORANT scene.