It has been just one week since the official launch of VALORANT and Riot Games has published an update mainly focusing on Quality of Life and Bug Fixes. Compared to the official launch release notes this is a small one mainly including another Sage nerf, bug fixes with Reyna and Cypher, Spike Rush game mode updates and other performance issues. 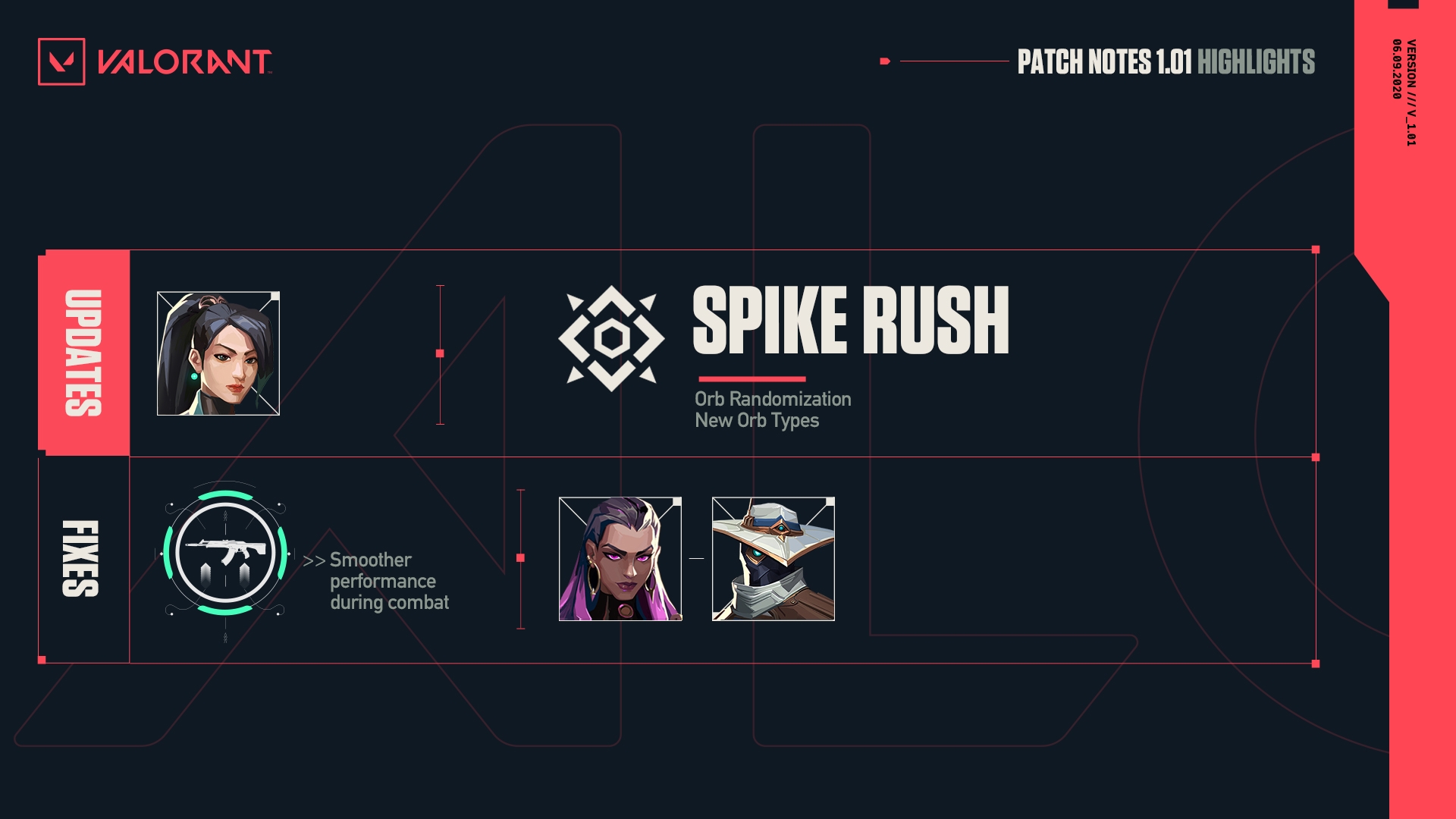 Our performance work this patch primarily focuses on improving performance during combat and general performance improvements for high spec machines. The game should feel even smoother in combat and many scenes will likely have higher average FPS depending on your spec.