Team Vitality to host the next Ignition Series tournament in Europe

The next event of the VALORANT Ignition Series has been revealed, as Team Vitality announce an open tournament with the main event set for July 10th and 11th the VALORANT Vitality European Open povered by Corsair. The tournament “will provide the ultimate scouting ground for Team Vitality as they search for the best VALORANT players in the world to represent them.”

As the official press release states “Qualifiers for the Vitality European Open officially kick off this weekend on July 5th with a total of 128 teams going head-to-head in a single-elimination bracket for the eight available slots in the coveted main event.” Those eight teams will then battle it out for the opportunity to showcase their skills as well as the share of 15,000€. 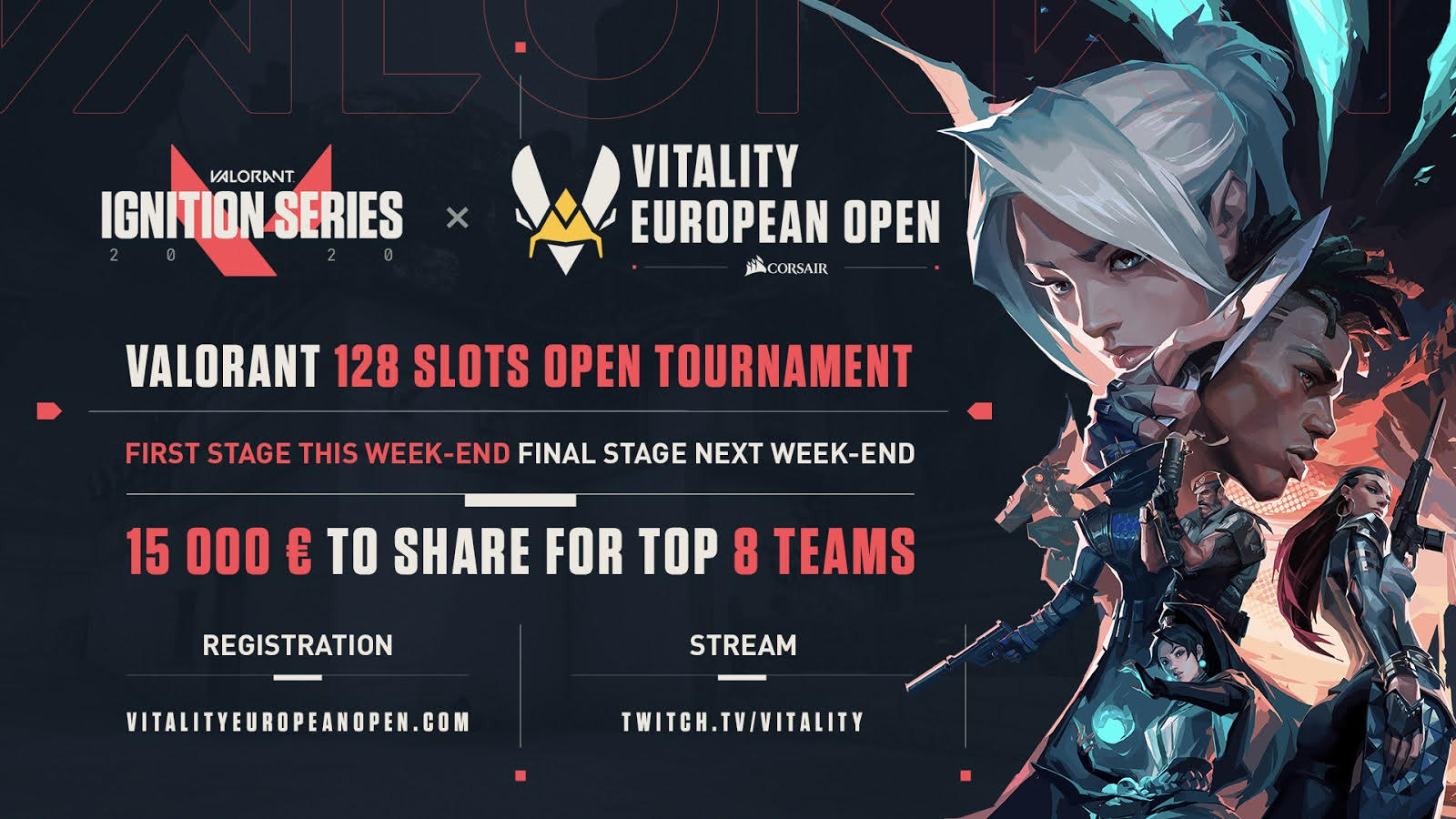 “Ever since VALORANT was revealed, it was very obvious that it was going to shake up the competitive ecosystem. At Team Vitality we are really excited to host the Vitality European Open and provide a stage for the emergence of some top-class talent. We have big plans in VALORANT and we look forward to seeing some fantastic players emerge.” said Fabien “Neo” Devide, President & Co-Founder, Team Vitality.

If you would like to try to compete for the chance to play for a top tier organization like Team Vitality, make sure you and your team sign up to play here! Viewers can catch all the main event action live on the Team Vitality Twitch channel on July 10th-12th from 3PM CEST.

FLegby
i just hope there will be normal teams like Vitality or G2 or maybe NiP etc among the participants, for me it's much bigger fun to see somebody represent these orgs, than play as "whatever funny stupid teamname"
2020-07-03 15:47