The first VALORANT LAN to be organized in Vietnam

We all miss LAN tournaments, watching them online is still fun, but without the opportunity of going to the event first hand, or hearing a sound of fans roar and cheer, it’s just not the same. Worry not, because this is no more. The day has finally come, and the first VALORANT LAN tournament will be organized in Hanoi, Vietnam!

The event in question is called “The 1st VALORANT Championship” and will be organized by VPT Studio, NVIDIA and ASUS ROG with a prize pool of 50,000,000 VND (~ 2,100$/2,350€). In total, 8 teams split into two groups of four teams will contest at GameHome in Ellipse Tower, Hanoi. All games of the group phase will take place on the map Ascent, where the top 2 teams of each group will advance to playoffs. In the semifinals, all maps will be available, but the winners of each group will be able to ban out one map, while teams in 2nd place will be picking a map from the remaining ones. All playoff games will be played as Best of 3s. The tournament will take place this weekend, on June 27th-28th, 2020, from 8 AM to 5 PM ICT, and will be streamed on the official VPT YouTube Channel. 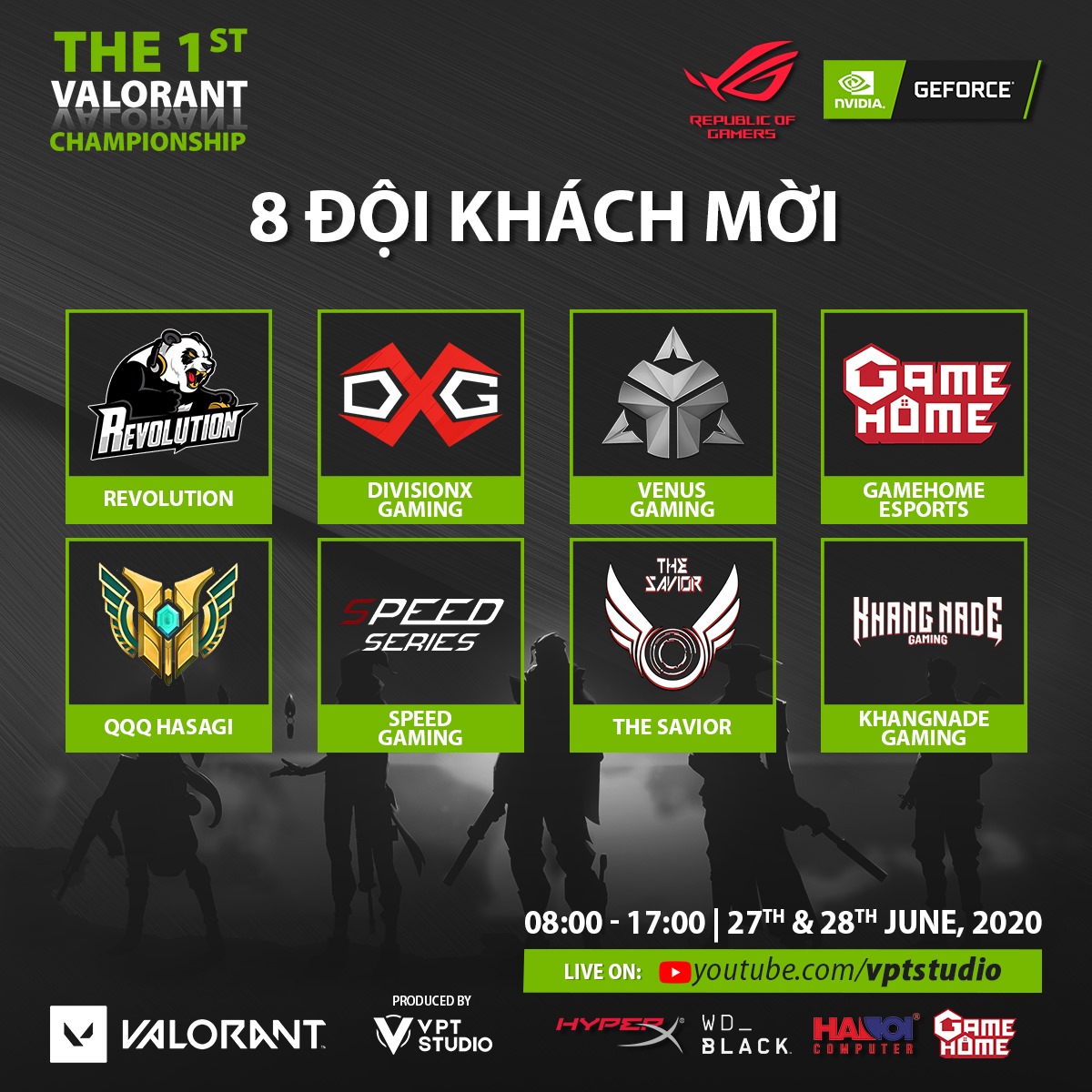 Teams for this tournament:

VPT Studio has organized other events before, such as a PUBG tournament called “PUBG Arena Of Masters” in March this year. It had 30,205 peak viewers on a Facebook stream with a prize pool of 105,000,000 VDN (~ 4,470$/5,000€). This tournament was won by GameHome Esports, who are taking part in the current VALORANT tournament. They are a full-time VALORANT team now, but teams like Revolution, QQQ Hasagi, and DivisionX Gaming are CS:GO teams, while others are just a mixstack.

Vietnam’s government is very used to dealing with infectious diseases and the country handled the COVID-19 outbreak amazingly with only 349 people infected and without any fatalities. Maybe this tournament is a sign that soon other countries will also allow us to enjoy esport on the stage if the current situation will allow this, but for now, we must be patient and stay safe.

Do you miss LAN events? Or are online tournaments good enough for you? Leave us your thoughts in the comments below!

hawaii
Gezaaa, u shoud know that theres an entire world outside USA, but anyhow, most of the countries are already 1 month ahead, like openning stuff and so on, like mine, everything is opened since mid of May, even discos, yes) Lets hope its the first of many to come around the world, USA & Brasil will have to wait..
2020-06-25 16:29