VALORANT Champions Tour (VCT) 2023 LOCK//IN event is right around the corner and first official details have surfaced. Most surprisingly, two teams that are not part of the VCT 2023 International Leagues have been invited to the event—the Chinese esports organizations EDG and FPX. Additionally, there will only be a single-elimination bracket all the way to the top meaning no second chances for any teams present. Remember to check out our VCT Hub for all information regarding the VCT 2023 season.

Despite the event being an inaugural tourney to start the VCT 2023 season, two teams that have not landed themselves a partnership with Riot Games have been invited. EDG and FPX have increased the VCT LOCK//IN event’s size to 32 teams from the 30 partnered teams across the Pacific, EMEA, and Americas VCT regions

Riot Games’ decision to invite the two teams may be in response to VALORANT becoming a licensed game title in China at the end of December, 2022.

Format: no second chances with a single-elimination bracket

Riot Games have decided to implement a single-elimination bracket at the VALORANT LOCK//IN event in Brazil. Therefore, half the teams present will depart the event following their first match. Additionally, all matches will be played out in a best-of-three (bo3) format except for the semi-finals and the grand finale, which will feature best-of-five (bo5) matchups. 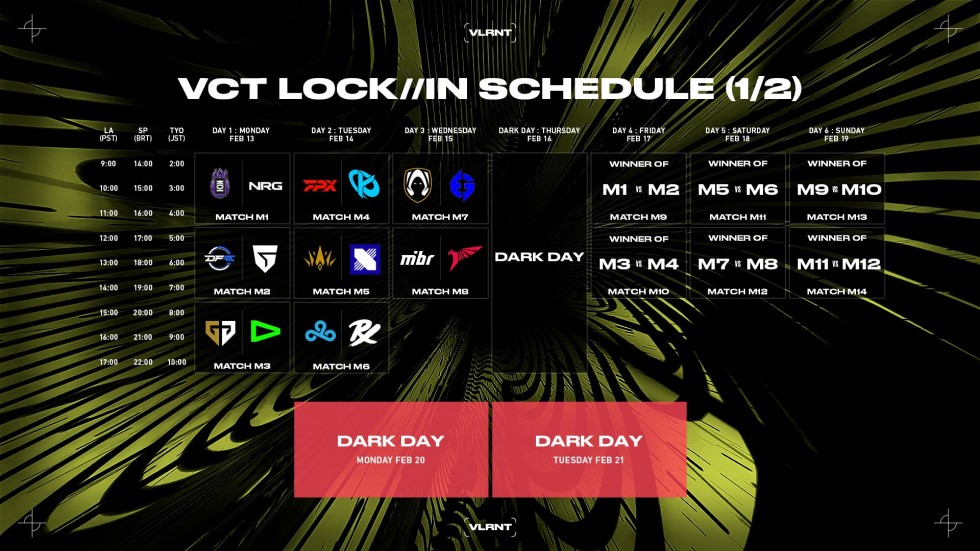 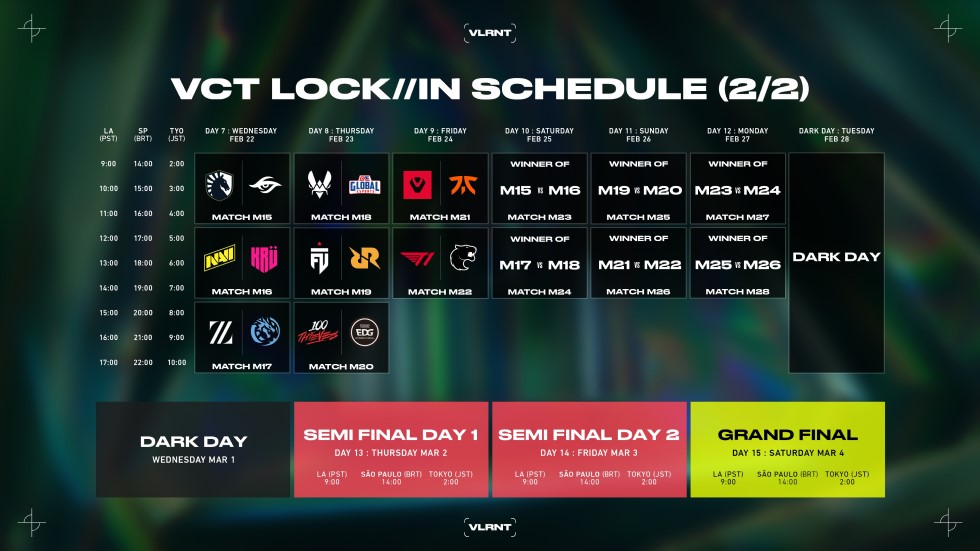