written by AashirAhmed November 22, 2022 at 8:20pm
share on
The elaborate growth of Valorant Game Changers over the last couple of years has been a spectacle to behold in Esports. VCT GC 2022 - Championship being the last tournament of VCT 2022 season was bound to drive more viewership than usual especially since it was the first ever Game Changers LAN event, but to have the honor of becoming the most watched tournament in female esports with its first showing demonstrates how mature the Valorant scene has already become.

As expected, this record came to life during the Grand Finals matchup between Shopify Rebellion Female and G2 Gozen where both teams contributed equally to provide an entertaining watch for the viewers both online and those attending the event at the venue. The face-off to win the first GC LAN event and a greater share of the prize pool amassed a whopping 239.3K Peak Viewers, while the event witnessed a total of 5.4 million Hours watched drawing 114.9K Average Viewers.

These records have propelled VCT 2022 Game Changers Championship to the No.1 spot in female esports by hours watched and ranked second by peak viewership with only Mobile Legends: Bang Bang Women's Invitational being higher with 392.4K viewers. With this event, the previous record for Valorant GC events has also been shattered with VCT GC 2022 - East Asia leading the peak viewership charts with a measly 66.2K viewers.

A look toward the famous FPS CSGO reveals that their ESL Impact League Season 1 had only 29K average viewers and 110K peak viewers, which contrasts the growth that Valorant has witnessed within the brief period it has had to mature in the esports industry. Its accessibility and promotion of the Game Changers division is nothing short of an achievement. 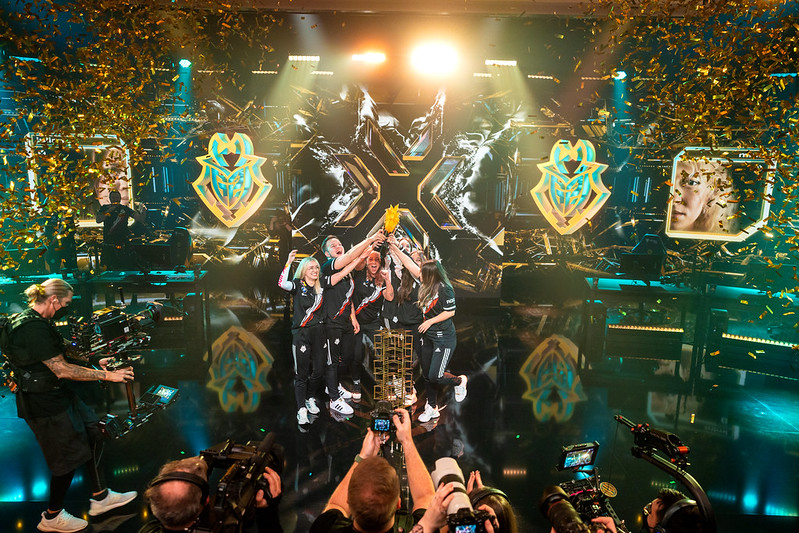 G2 Gozen Lifts the Game Changers Championship trophy at Berlin. Credit: Riot Games
Considering the history of tournament records, Game Changers tournaments are going to gain even more exposure as time passes and more organizations realize the potential of the GC scene and invest resources to further its development. The positive trajectory that the scene is witnessing should ultimately result in more records being broken in the future.