Following the conclusion of Upper Bracket matchups yesterday, the relegated teams faced their counterparts to initiate the proceedings in the Lower Brackets and customary to Masters tradition, both series played today lived up to hype and anticipation created around them by their respective fanbase.

With a considerably dominant start from Guild Esports VS to start the tournament against NA Giants, OpTic Gaming OpTic Gaming

Juan Pablo "NagZet" LopezRoberto "Mazino" RivasNicolas "Klaus" FerrariJoaquín "delz1k" EspinozaAngelo "Keznit" Mori, EMEA fans had started to rally behind the team hoping for a deep run in the tournament. Unfortunately, their luck ran out against Paper Rex forcing them into a Lower Bracket against their EMEA rival FunPlus Phoenix. As these teams went head-to-head for the first time on the international stage, Ascent was the first to host both teams, an expected outcome for FPX’s map pick considering their recent matchup history. Guild Esports used the easy pistol round win to take the next round as well in hopes on establishing an early streak before FPX could counter them.

Having played on several occasions against Guild enabled FPX to turn the tables without breaking a sweat and post a 7-5 lead by halftime. To make matters worse for Guild, they were able to start the subsequent half on a high note with three consecutive rounds. Only after reaching a five-point deficit did Guild realize the predicament they were in and tried to change the outcome by stringing more than a handful of rounds together. While their attempt to do so was relatively successful, it had been too late by then and FPX gained a 1-0 lead. A loss on Ascent became the perfect prelude for Guild to seek vengeance on their map pick and they did so without any hesitation. As teams let the gate, Guild’s roster banded together and executed a flawless Defensive half to score all of the 12 rounds.

FPX was in the least optimal situation they could’ve hoped for, but their ability to thrive under pressure briefly reinstated their hopes for a comeback as their Defensive strategies displayed signs of fruition with three consecutive rounds to start second half. But Guild could not let a perfect half be rendered; therefore, finally ended their run to close out the first map 13-3.

Both teams then moved to Bind where FPX was more than eager to return the favour they had accepted from Guild’s Defense courtesy of their sub-par performance earlier. They demonstrated their intent to do so from the get-go by embarking on a five-round streak followed by four intermittent rounds to end the half on 9-3 score and event when sides changed, their Offense managed to maintain their performance and close out the Series forcing Guild to an early exit from their first International event.

XSET encountered the same narrative the previous #1 NA seed, The Guard The Guard

Michael "neT" BernetJacob "valyn" BatioHa "Sayaplayer" Jung-wooJonah "JonahP" PuliceTrent "trent" Cairns as they lost their first matchup of an international tournament to none other than OpTic Gaming in the Upper Bracket matchup held yesterday. Just when the similarities, couldn’t increase any further, they’ve been eliminated from the tournament after their second match of the event, an occurrence that is all too familiar to the NA region. On the other hand, Leviatán Esports Leviatán Esports

XSET invited Leviatan to initiate proceedings on Split. Contrary to their Upper Bracket matchup, XSET’s roster left the gates guns blazing on Offense and eventually found themselves amidst of two sporadic four-round streaks allowing the opposition to get away with only a total of four rounds. This provided XSET with enough leeway to withstand the retaliation delivered by Leviatan in hopes for a comeback. Even though the scoreline was extremely close at 9-8 by round 17, XSET turned on the jets and closed out the map before the situation worsened.

Given their exceptional performance on Ascent against DRX, Leviatan’s map pick for this matchup became almost obvious. Bind started with almost a similar timeline propelling XSET to an 8-4 lead at halftime. To their dismay, however, the subsequent half featured an entirely different story as Leviatan managed to replicate the same success on Defense that XSET had to force the overtime and eventually edge out a victory largely in part due to Marco Eliot "Melser" Machuca Amaro Marco Eliot "Melser" Machuca Amaro 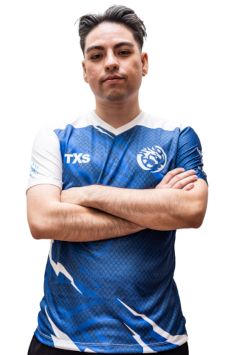 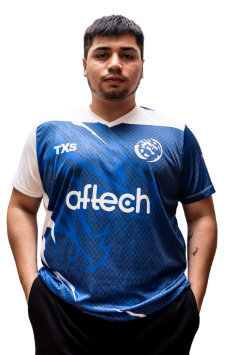 Finally both teams took their battles to Haven to prevent early elimination from the tournament. Since only one team could prevail, the stakes were high and the head-to-head intensity increased several folds. Once again Leviatán Esports Defense exuded great promise and their brick-like defense held back XSET to only 3 rounds by halftime. Just when their hopes of an easy win were looming, the NA challengers decided to strike back with one last attempt at a comeback. 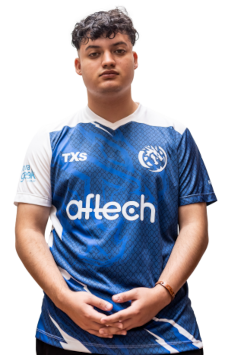