written by AashirAhmed May 6, 2022 at 10:30pm
share on
Ninjas in Pyjamas recently announced the acquisition of two reputable names in the Brazilian Valorant scene: Gabriel "v1xen" Martins and Jonathan "JhoW" Glória. Both players were previously a part of Vivo Keyd’s roster. While v1xen has retained his status as a competitor in the new lineup, JhoW will be taking on the role of the team’s Head Coach.

Ninjas in Pyjamas make their way to Masters for the first time since March 2021, a time period during which they’ve transitioned from a European lineup to a Brazilian one. The squad climbed the ranks quickly in South America and aced their way into the first International LAN event in the ongoing VCT season. Despite a surprisingly strong start against Fnatic in their opening, the team’s path to glory came to an early end courtesy of DRX VS and ZETA DIVISION. Following their poor showing at the tournament and failure to qualify for the Playoffs, the team decided to evaluate its roster and decided on benching Benjamin "bnj" Rabinovich and parting ways with Rogerio "RoY" Lopez.

The new additions seem to be the perfect replacements for the organization going forward in the VCT season especially with VCT 2022 - Brazil - Stage 2 - Challengers - Main Event being just around the corner. Gabriel "v1xen" Martins has been involved in the competitive scenes from its early days but the opportunities in Brazil were relatively limited and it wasn’t until Vivo Keyd decided to develop a new roster from scratch that he was given a better chance to direct the spotlight. His contributions were instrumental in the team’s success including a 1st place at VCT 2021 - Stage 3 - Brazil - Challengers Playoffs and back-to-back qualifications at VCT 2021 - Stage 3 - Masters Berlin - Group Stage and then at [event-994]. Unfortunately, however, their run in the recently concluded VCT stage was short lived with elimination after a 3rd place at VCT 2022 - Brazil - Stage 1 - Main Event. JhoW had a similar story and was also a part of the roster that Vivo Keyd acquired in June 2021. 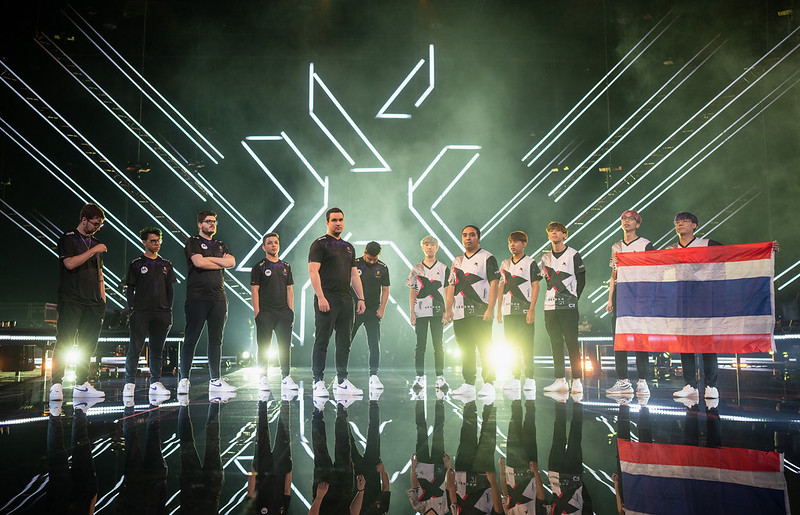 v1xen is known for a diverse Agent pool with his main being Viper, and Omen especially after recent patch updates. Over the last three months, he has maintained a plausible 0.98 Rating and 189.88 ACS. Although these numbers may seem low at first, his role within the team restricted the opportunities for having high-frag games. JhoW, on the other hand, seems to be taking a break from playing the game to drawing up plans with the transition to the coaching role in the Ninjas in Pyjamas organization. He enjoyed quite a success as a player, and there is no doubt in the potential he possesses to replicate that success as a coach.

With this change, Ninjas in Pyjamas roster is as follows: