There are a number of video game genres where the player’s ping is crucial for them to perform to their true potential, and even give them a fair fight against their opponents. First-person shooters are the highest on the list when it comes to ping importance, and VALORANT is one. The time it takes to register your bullets hitting your opponent, peek advantage, and the elements that all tie in to your connection to the server is crucial to truly experience VALORANT.

VALORANT players present in MENA, OCE, India, and many other countries and regions are forced to play on servers far away from their homes. This eventually translates to lag spikes, connection issues, and ping being consistently above 100. Anyone who ever played first-person shooters, especially Counter-Strike: Global Offensive, Rainbow Six Siege, and VALORANT, understand that playing under these circumstances puts you at a huge disadvantage whenever you take a gunfight.

Not only that, VALORANT specifically seems to suffer more than others from putting players with nonoptimal servers. Oceanic players reported sometimes being pitted against Asia-Pacific players, where they have an average of 200 ping against their 20 ping opponents. A situation like this occurring more than once is enough to discourage VALORANT players from grinding the game, which is essential for anyone trying to pursue a professional career playing Riot Games’ tactical shooter. 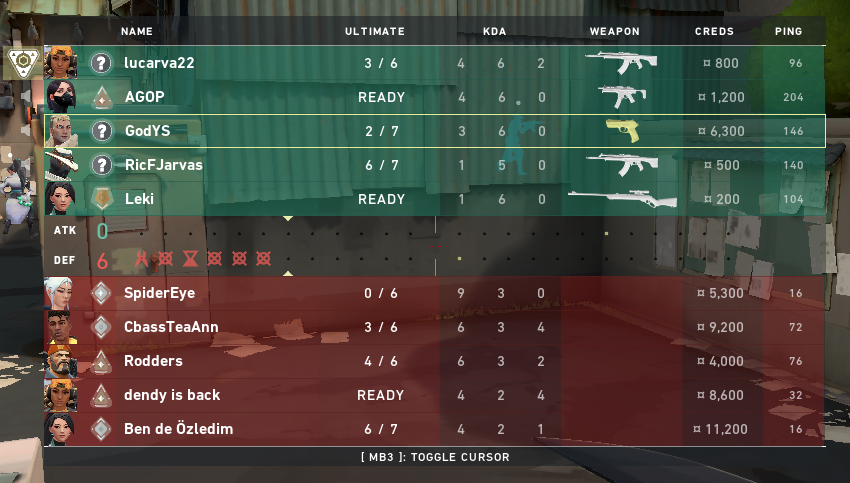 What makes professional players what they are is their ability to consistently play VALORANT at a high competitive level, given that other elements provide a fair playing field. Unfortunately, this can’t be said for MENA, OCE, India, and other parts in the world right now, even if they have the talent, desire, and commitment to dedicate themselves to playing VALORANT competitively. The game’s current ping state wouldn’t allow them to reach their true potential anytime soon.

Riot Games has promised to eventually add servers for every region to have an equal chance to showcase their talent. In fact, there are signs of hope, with Polish VALORANT players receiving their own server located in Warsaw. Besides that, the studio’s Head of Publishing in India and South Asia, Sukamal Pegu, made it clear that Middle Eastern and South Asian players will get the support they want before the end of this year.

“Riot Games is highly committed to providing the India and rest of the South Asia region with an excellent gaming experience. While you'll be joining the worldwide launch on June 2, the official servers which will support Middle East & South Asia will come later in the year.”

Hopefully it won’t take long until we see Pegu’s promise fulfilled by Riot Games. It is desperately needed for the VALORANT community around the world to enjoy the game equally. The opportunity to foster true competitive scenes in regions outside of Europe and North America gives VALORANT scouters access to immense pools of talent to choose from, opening the door to an enormous number of people to become VALORANT pro players.

How important do you think it is for every region to have its own dedicated server? What is the highest acceptable ping in your opinion for a game like VALORANT? Let us know your thoughts in the comments below!

Gezzaaaa
Tbh I feel like ping is more forgiving in this game compared to other games like CS. I guess in higher levels that can be the difference between a win or loss tho. Wasn't there a point in the beta where people complained that some people VPNed to have higher ping for an advantage?
2020-07-28 12:31
allancuttingedge
Ping really matters in VALORANT, I can feel it.
Like in VALORANT, with 30 ping lower than the enemy and you prefire him, he can never react to you, its hard to say how the ping system works. This also happens in rainbow six siege, low ping players 'prefiring' is much easier to kill than the guy who got prefired.
But in CS its not like it, ping matters but its fine if you have 70ping against a 20ping guy.
2020-07-29 12:56