OpTic Gaming made it to the Grand Final the hard way, having to go all the way through the group stage thanks to their second seed in the VCT 2022 - North America - Stage 1 - Main Event. After an early kick in the teeth with a loss to XERXIA, the North Americans found their groove as they eliminated KRÜ Esports and found revenge on XERXIA to make it to the playoffs with a shout. The Green Wall systematically took care of The Guard and DRX VS, two of the best teams in their respective regions, only to fall to LOUD. OpTic made it look easy in their 3-0 win over ZETA DIVISION yesterday, and were aiming to exact revenge against the Brazilian powerhouse and lift the trophy.

LOUD have looked like championship winners ever since they’ve assembled their superteam of a roster. After dropping just one map at VCT 2022 - Brazil - Stage 1 - Main Event, they’ve won all three of their playoff matches against Team Liquid, G2 Esports, and OpTic Gaming at Iceland, sending that elite trio of teams into the lower bracket. With the incredible form and performances LOUD have shown, they seemed to be slight favorites going into the rematch against the North Americans and certainly the favorites to be the first Brazilian team to win an international VCT trophy.

There can be no mention of OpTic without Jaccob "yay" Whitaker, the talisman that has transformed the squad from a great one to an elite one. His 1.19 rating and 245 ACS at Masters Reykjavik speaks for itself, and he certainly is the one to deal with first as a LOUD player. On the Brazilian side of things, the duo of Erick "aspas" Santos and Gustavo "Sacy" Rossi has impressed as expected, with a 1.08 rating each. The latter’s transformation from being a duelist last year to an initiator for this new team has been nothing short of incredible as he continues to frag and set up his teammates. 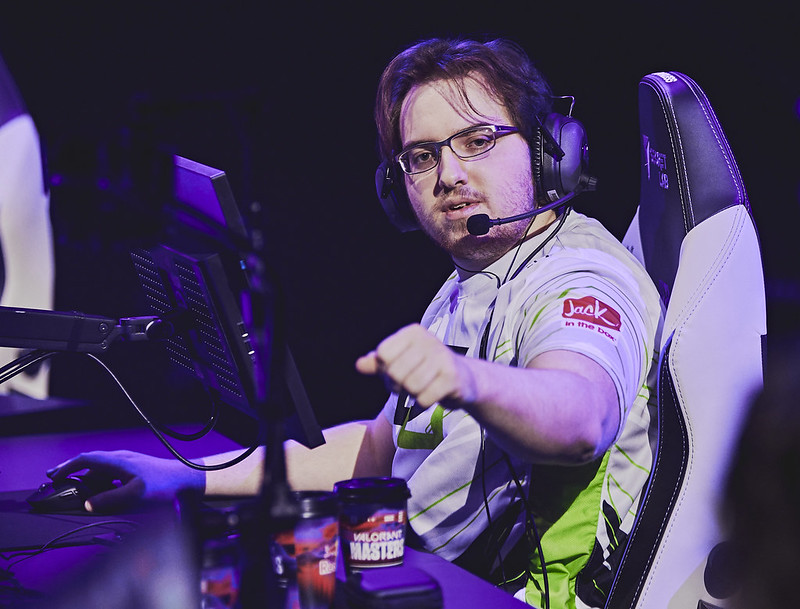 yay has been key to OpTic's success at Masters Reykjavik 2022. Credit: Riot Games
Ascent has been a lock-in for LOUD at Masters Reykjavik, with the side having played it every match and having won it every time in convincing fashion. In fact, the team had never lost the map since their inception, a daunting record for OpTic Gaming to have to break. But they certainly looked set to do so on their defense, starting off with a flawless pistol round where the Brazilians pushed a smoke and got run down immediately by their opponents. The anti-eco was a formality, but the bonus was not, with Pujan "FNS" Mehta and co. shocking LOUD with a Spectre retake that broke their economy. It took a hard-fought site hit on round 5 for the Brazilians to finally get themselves on the board, but that was just a blip for OpTic as they went on to dominate the next seven rounds, barely even allowing a spike plant. Multikills from every player on the North American squad prevented any kinds of post-plant scenarios, which made it difficult for the enemy Killjoy and Sova to find full value, and the half ended 10-2 to OpTic.
The defense seemed to be the comfortable side for both teams here, as LOUD were the ones to take control in the second half. After winning the pistol and anti-eco rounds, the power duo of Sacy and aspas pulled off a miraculous retake with saved weaponry to claim the bonus round and start to make a case for themselves. LOUD were up to 7-10 when OpTic finally pulled one back, an unlikely thrifty round win with a smart mid play that caught the opposition off-guard. But the Brazilians held strong, denying two clutch attempts on A to bring the deficit to within two rounds. Yet again Jimmy "Marved" Nguyen slipped into middle and caught two players unaware to convert a heartbreaking thrifty round for his team, and OpTic wrapped things up with a clean A site post-plant hold to close Ascent 13-9. 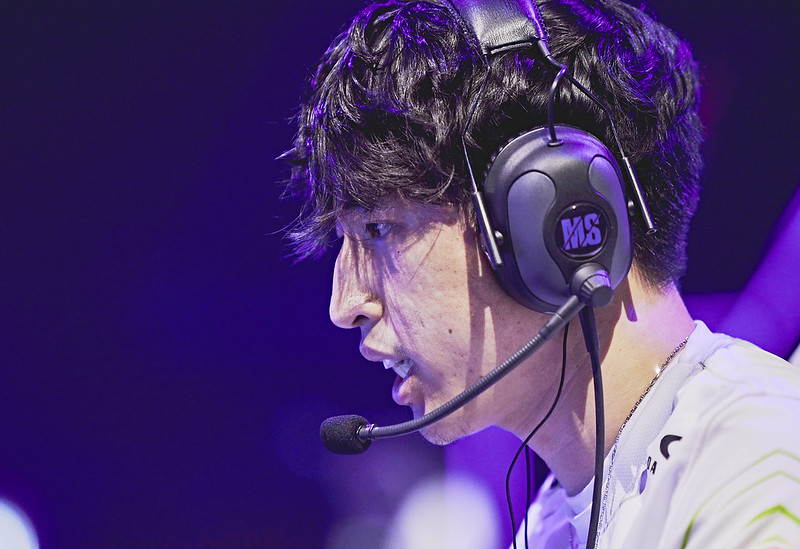 Marved was in great form at the playoffs of Masters Reykjavik 2022. Credit: Riot Games
Bind was the second map of the series and an interesting pick by OpTic Gaming, considering that they have a really good record on it historically but we’ve only seen them play it two times at Iceland so far. They did lose the pistol to a nail-biting clutch, but a huge 4k by Victor "Victor" Wong allowed his team to steal the thrifty round and gain an early economic advantage. Alongside his great performance, yay was having a great time with Chamber, dropping 30 kills with a 1.49 rating on the map, not being aggressive as he usually does with opening duels, but being the one to clean things up mid and late round. The North Americans were up 7-2 before LOUD answered back with a wonky buy and two kills by aspas opened up the B site for them and allowed them to get a couple of crucial rounds to end the half 4-8.
The Brazilian side won their third pistol round of the series as they looked to mount a comeback yet again. It was deja vu for OpTic Gaming, as they saw their first half lead get whittled down slowly as LOUD laid down the law. aspas in particular was an absolute menace in Showers, as FNS and co. struggled to get him out of his position and make anything happen on the A site. The Brazilian was far and away the best player for his team with 29 kills on Raze, driving LOUD to a 10-8 lead over their counterparts. It was the OpTic in-game leader who finally found the inspiration for his team, with a Viper’s Pit combined with a crazy teleport play to give them their first attack round. The North Americans took back the lead with two more successful A hits, but the Brazilians fired back promptly to take Bind to overtime. 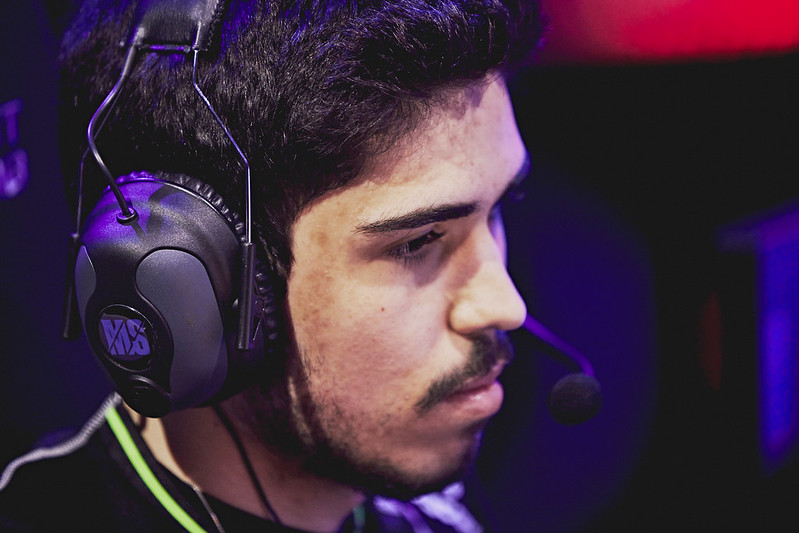 aspas was his team's best performer on Bind. Credit: Riot Games
It was a quick set of overtime rounds between the two sides, with OpTic stacking Showers and using it gain a man advantage that won them their defense round with ease, and that was the area which Victor played from to clutch out their attack round and win the map 14-12 and lead the series 2-0.
The sirens were sounding in the LOUD camp going into the third map, but they could take comfort in the fact that Breeze is OpTic’s least played map and their only result on it is 13-2 defeat to The Guard. In theory, this map should have been in their back pocket, but the early signs showed otherwise, with the North Americans taking a flawless pistol round, then a flawless anti-eco, and then a 3v4 bonus round win thanks to Austin "crashies" Roberts’s 3k. OpTic’s economy was looking stellar, while their counterparts were back to pistols. But that did not stop LOUD, with their individual brilliance allowing them to successfully pull off an A site retake and use the rifles to claim the following round as well. FNS realized that the B site was where there were more vulnerabilities and that is what the squad targeted and found success on, dominating the end of the half and going into the break with an 8-4 scoreline.
LOUD came back on their attack side with a clean pistol round and powered through on the anti-eco round as well. A textbook B site hold by Victor and Marved stops them in their tracks, and FNS and yay do the same on the A site to get to double digits. LOUD responded with a thrifty win that propelled them forward and that A site defense of yay and FNS faltered time and time again, allowing the Brazilians to hit map point. They were within touching distance of the map win, but a rapid retake by OpTic, who had a man advantage, sent Breeze to overtime. 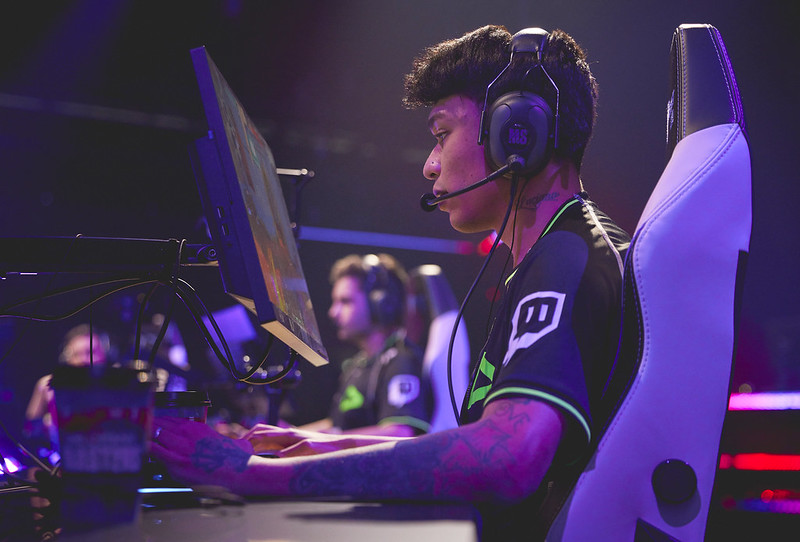 pANcada at Masters Reykjavik 2022. Credit: Riot Games
It was crunch time for both teams and they showed up, with multiple game saving plays. Bryan "pANcada" Luna’s post-plant 4k was the highlight that kept LOUD going, as neither team could make anything happen on their defense. Finally at 14-13 to OpTic, the North Americans pulled off an unlikely 3v4 retake on the A site to seal Breeze and win the series 3-0 to claim the Masters Reykjavik trophy.

These are the final standings for Masters Reykjavik: