A few days ago, was the 2nd anniversary of Valorant’s release and a few days from now on the upcoming Wednesday, Episode 5 will officially go live. It has been a surreal experience watching its growth, both in terms of in-game content and the surrounding esports scene and Riot don’t plan on stopping anytime soon. With that being said, let’s dive into the details of Patch 5.0.

Patch 5.0 marks the entry of Pearl, an underwater metropolis with breath-taking visuals, into the map rotation. Following the release of Episode 5 Act I this Wednesday, the map will be available in a standalone Pearl-only queue, which will feature unrated mode to allow players to familiarize themselves without worrying about the high-intensity and pressure of a competitive match.

The aforementioned queue will be available for only two-weeks before Pearl enters the competitive rotation. However, the release of Pearl has consequently resulted in the temporary removal of Split from both Unrated and Competitive queues without a return date. This change was made after considering several factors, which the developers have elaborated in a recent blog post. 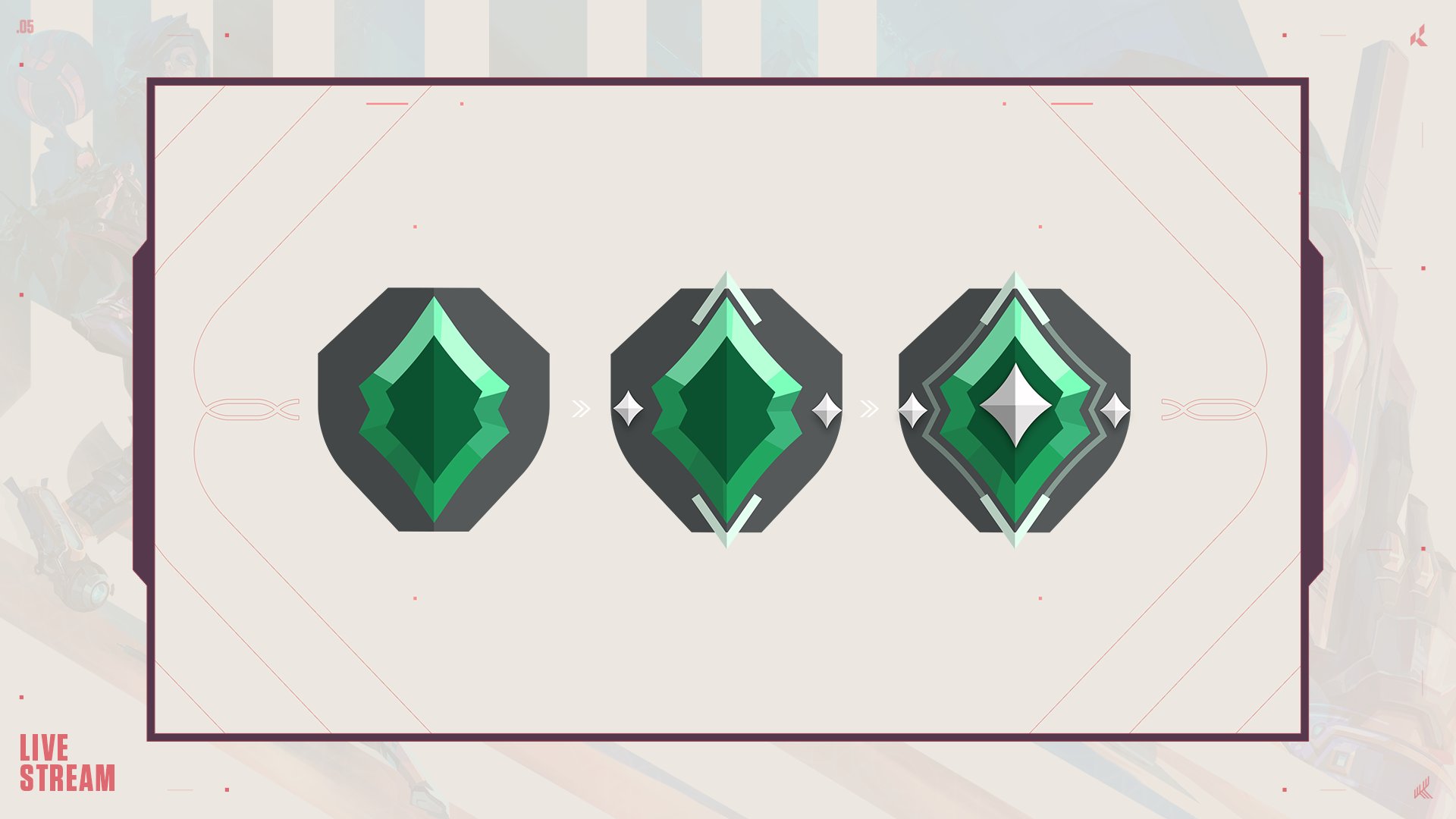 Having a new rank two-years into the game’s release might seem odd, but the developers justified the addition of Ascendant with the unequal distribution of individuals in their current system. They were confident that many players in Bronze and Silver do not deserve to be confined within those ranks yet promoting them up would overcrowd the Platinum and Diamond; therefore, they opted to introduce the new rank to maintain the prestige of higher rankings, while simultaneously having better player distribution. The grouping restrictions for Ascendant follow the Platinum+ rule set, which means that players can either be three ranks above or below, and the highest placement is now Ascendant One instead of Diamond One

MMR targets that determine rank down will be reduced for Ascendant and lower ranks, while the ones for Immortal One to Three and Radiant will be raised. Players below Ascendant will find it easier to rank up due to the adjustments, but players in the Immortal and above ranks will have greater difficulty in returning return to their old rank. Furthermore, you may not see a rank increase at the start of the Episode without putting in some work courtesy of the seasonal reset, but the reset will be comparatively “less harsh” compared to the previous Episode.

The five stacking 25% RR penalty now starts at Immortal 1 and in contrast to last Episode where Diamond 3 and above could previously solo, duo, and 5-stack, this restriction begins at Immortal 1.

On a different note, Sage's Tier Eight Agent Contract unlock, which was previously "Ascendant," has been changed to Dauntless, which avoids the name clash and fits Sage personality better.

Patch 5.0 will also address a number of bugs and glitches, with a detailed list of the changes available in the official patch notes.