According to the latest report by George Geddes, Sentinels might be planning to depart ways with their long-time IGL. In our Americas Free Agency, we mentioned how Eric "Kanpeki" Xu’s contract had expired and had been let go from the roster. It seems from George’s report that Shahzeb "ShahZaM" Khan will experience the same fate.

Sentinels were able to earn a spot in the Valorant Partner Program being one of only five NA teams in the Americas League. Ever since they have joined the race of restructuring their roster to prepare for the upcoming VCT season.

After quite the roller-coaster ride during VCT 2022, Sentinels had managed to stay within top 10 in NA teams courtesy of circuit points giving one last chance at qualifying for a LAN for the season. Unfortunately, VCT 2022 - North America Last Chance Qualifier did not come bearing good news for them and their run ended in Lower Bracket round 2 at the hands of 100 Thieves. From being the best Valorant team in the world for consecutive stages during VCT 2021 to not qualifying for any international event in 2022, Sentinels had a difficult season and are bound to seek revenge in the upcoming season. 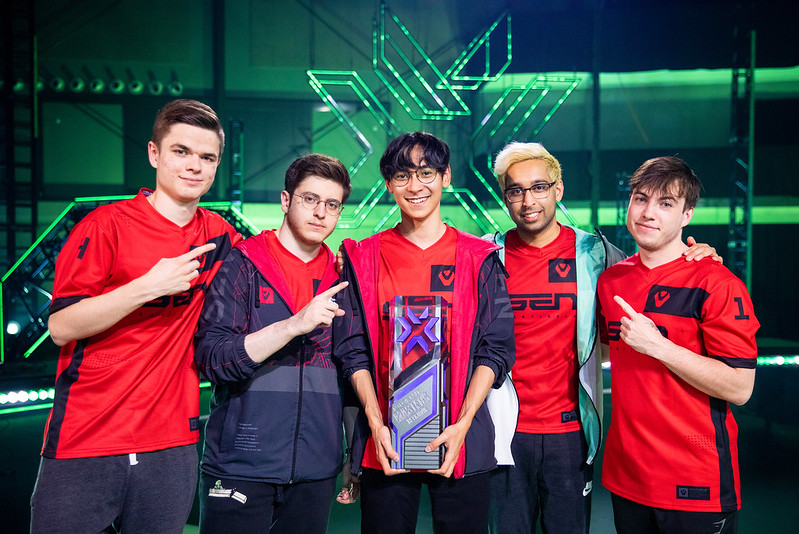 However, it seems like Sentinels will be losing another member of the core roster. From 28th April 2020 when Sentinels entered the Valorant scene, ShahZam has had a significant impact on the roster’s performance. But in recent times, his decisions during games have been subject to discussion as the entire team has failed to produce noteworthy results during this season.

Another aspect of George’s report focused on a couple of new faces appearing as Sentinels representatives in the Coaching department, who will subsequently be responsible for formulating a team worthy to participate in VCT 2023 starting with VCT 2023 - LOCK//IN with 30 participating teams from around the world.

If this report stands the test of time, Sentinels roster will be as follows: