Yesterday, we got word from VALORANT Game Director Joe “Ziggs” Ziegler on the game’s ranked mode coming next week. We thought this is all the esports news we are getting these few days, but Riot Games had another reveal up to their sleeve. The studio’s latest blog post officially revealed VALORANT Ignition Series esports program.

Riot Games describes it as “an official Riot-partner program where [they] spotlight a few tournaments each week, help discover talented players, and build global recognition for top VALORANT pros and teams.” The announcement comes as support from the developers towards building a strong and healthy competitive ecosystem through amplifying the scene’s exposure. What this means exactly is that the partnered organizations will get their tournaments featured on the studio’s media and streaming channels, a dedicated page with an updated schedule, in addition to organizers getting direct feedback from those responsible for VALORANT’s esports in Riot Games throughout the duration of the event. 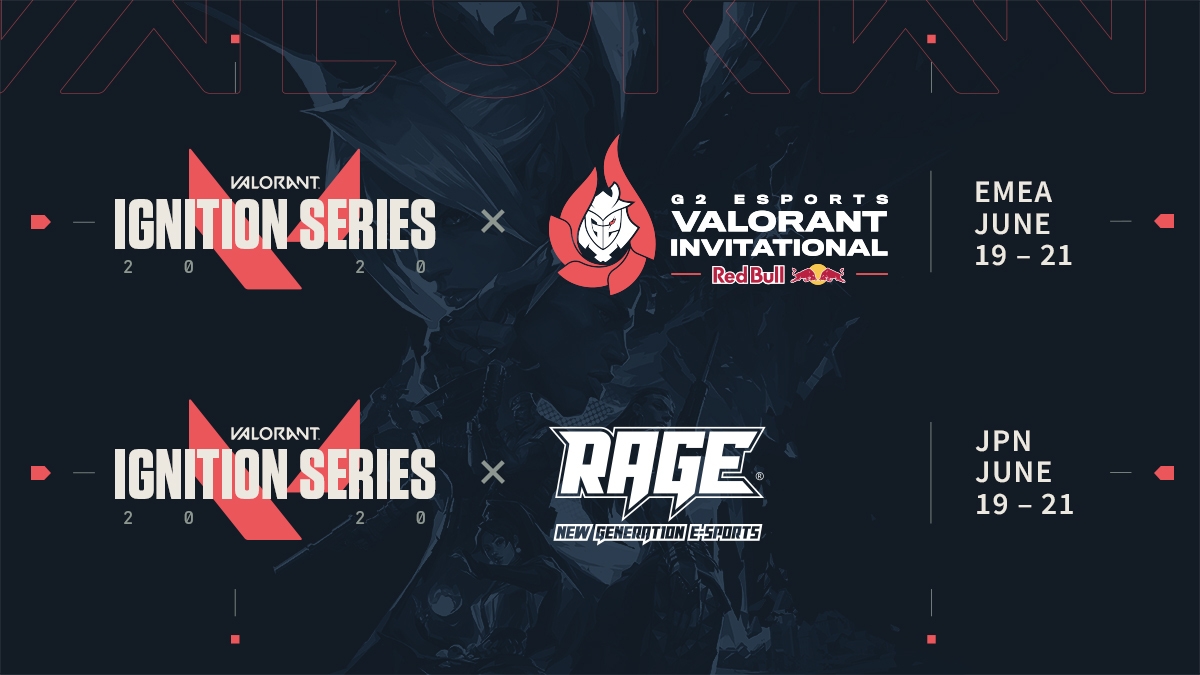 The studio apparently already partnered with more than 20 esports organizations globally to kick off the program, and the two first upcoming events are Europe’s G2 Esports VALORANT Invitational and Japanese organization RAGE. The latter will have 16 invited teams, with DetonatioN Gaming and JUPITER already confirmed as participants. The tournament has a winner-take-all prize of ¥500,000 JPY, and will kick off on June 20th & 21st, 2020.

As for G2 Esports VALORANT Invitational, it follows a unique format, where eight captains will be announced to the community. However, they won’t know their team members till the day of the event, on June 19th, 2020. So far, no prize pool has been set for G2’s tournament. Both these events are poised to prove how strong and hungry the VALORANT esports community is for official competitions. 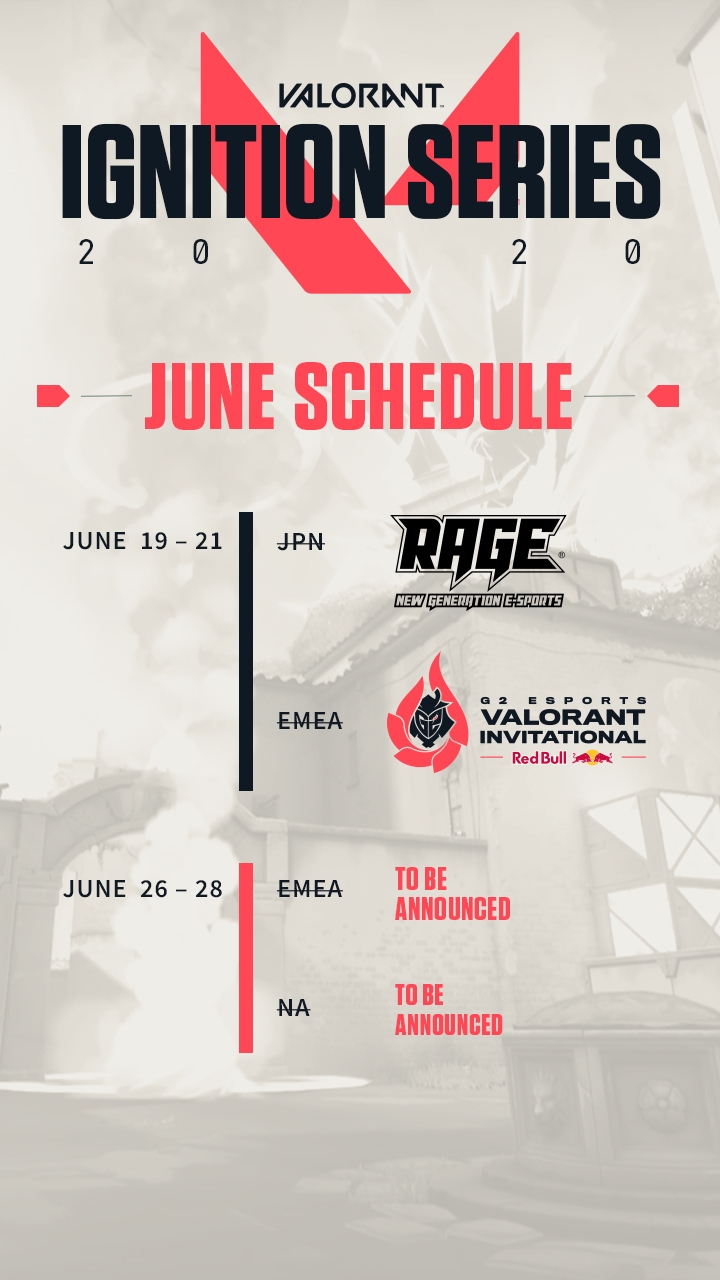 As you can see, there is a diversity in the regions featured in the Ignition Series. The studio promises to extend its support to North America, Brazil, Latin America, Korea, Japan, South East Asia, Oceania, Europe, Russia, Turkey, and the Middle East in the upcoming period as well. The schedule shared through the Ignition Series’ official landing page features two yet-to-be-announced tournaments for the North American and EMEA regions, with the closest one coming next falling on June 26th, 2020.

What do you think of Riot Games’ latest announcement? Do you think the Ignition Series is a good foundation for VALORANT’s esports future?