Vision Strikers to be the first South Korean VALORANT team

South Korea was one of the regions that had a chance to participate in the closed beta phase, and is without a doubt one of the most interesting regions to observe when it comes to VALORANT esports. Koreans weren’t getting much spotlight in FPS titles other than Overwatch and PUBG. In CS:GO there were a few exceptions with MVP PK team being the most noticeable one.

At the beginning of May, the Korean news portal Fomos reported that the squad was leaving the organization and retiring from competitive CS:GO in order to focus on VALORANT. MVP PK was doing really well in the Asian region, their biggest achievements were a victory during eXTREMESLAND 2018 Asia and attendance at some international events such as ESL One Cologne 2019 and ESL Pro League Season 7, where they reached the playoffs stage.

On June 8th, 2020, it was announced that MVP PK’s previous CS:GO roster’s switch into VALORANT was successful as the squad, with a few new faces, has found a new home and now will now play under a new organization, named Vision Strikers (acronym VS), and become the first professional South Korean team on the scene. The name has a meaning behind it and it describes strikers that have insight into the future and insight into the unseen. 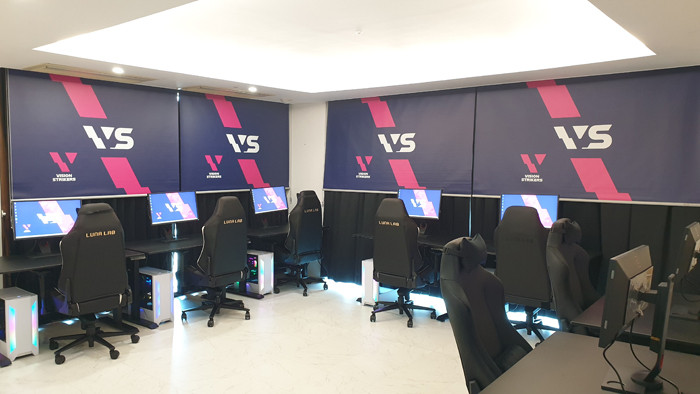 South Korea is a region that is known worldwide for its achievements in League of Legends, which is another title from Riot Games. Vision Strikers seems to be very serious about the competition as they have not only brought on board two coaches but also seven players. Seonho “termi” Pyeon will be leading the team as the Head Coach with the help of another Coach, Soonwoo “Argency” Kwon. As mentioned above, the team consists of the former CS:GO players: team captain Minsoo “glow” Kim, Gutaek “stax” Kim, Seungwon “k1Ng” Lee, Kiseok “Zest” Kim, Sangmin “Rb” Goo, Nakyeon “Efina” Kim, and Jongmin “Lakia” Kim, rounding up the seven-man roster.

“The immediate priority is shaping the team to become the best in Korea, and to be the VALORANT team in this country. Looking further ahead, we want to become the best in the world, and as a team with a clear vision, we want to be respected and envied as a team by esports fans around the world," commented Seonho “termi” Pyeon in the official announcement.

Vision Strikers has opened its very own gaming house and the players are practicing every day to become the most successful team not only in the region, but also in the world. The squad has been playing together from the beginning of the closed beta, and are participating regularly in local online tournaments.