Known as one of the biggest esports organizations in the North American scene, many expected Evil Geniuses to mark their entry into the Valorant scene with extraordinary tournament performances. Stage 1 and 2 of VCT 2021 passed by and it became clear that their roster failed to produce any noteworthy outcome; therefore, after many trials, they signed Daniel "roca" Gustaferri, Brandon "BRANTED" Ballard, and Mike "pho" Panza.

Despite the new additions, however, their tournament record noticed minimal improvement warranting further changes to the roster for the upcoming VCT season. This included the acquisition of Diondre "YaBoiDre" Bond, Alexander "jawgemo" Mor, Jeffrey "Reformed" Lu. With this new roster, the results were fortunately immediate with a 1st-2nd place at VCT 2022 - North America - Stage 1 - Open Qualifier 2 earning them a spot at Stage 1 Main Event Challengers.

After finishing with 0-5 record in the Group Stages, their chances of making the Playoff stages were diminished, let alone qualifying for VCT 2022 - Stage 1 - Masters Reykjavík. Nevertheless, the roster should pride themselves on being able to participate in an event of such magnitude despite their inexperience and relatively nascent chemistry. THESPIKE.GG sat down with Kelden "Boostio" Pupello to get his thoughts on the recently concluded VCT 2022 - North America - Stage 1 - Main Event and the Valorant scene as a whole.

THESPIKE.GG: Thank you for taking the time to give us an interview. To start, what are your thoughts on the recently concluded Stage 1 Challengers?

Boostio: It was super fun for me and my teammates. Our team has had relatively little time together, but we’ve grown a ton over the past five weeks. Also, I think Guard is going to kill it in Iceland.

THESPIKE.GG: Do you see the result of being eliminated from the Group Stages with a positive outlook or is it something to frown upon?

Boostio: We have had the chance to come together as a team and grow a ton throughout those five weeks. There’s no denying that it was disappointing to not have better results but sometimes it doesn’t work out your way. I think if we had more time together, the outcome would’ve been better and I’m looking forward to proving that in VCT tournaments later this year.

THESPIKE.GG: Evil Geniuses had no difficulty in the open qualifiers and had in fact put on a fascinating run through the Upper Bracket. However, the team produced no significant outcome in the Main Event. Was it the nervousness of participating on the big stage, and the high stakes that affected your performance?

Boostio: Not at all. We thrive under pressure, and I know we wanted to do better but it wasn’t meant to be this time around.

THESPIKE.GG: If there’s one particular aspect about the team’s playstyle that you would like to improve in the upcoming Stage. What is it?

Boostio: We need to be more patient in our playstyle on attack. We had a strong game plan but didn’t let it fully develop in our attacking rounds, leading to us having to have stellar defense in order to win matches.

THESPIKE.GG: How do you feel about the growth of the Valorant esports scene over the last two years? How does its future look like?

Boostio: I’m very excited about the future of Valorant. With franchising coming next year, the future looks very promising

THESPIKE.GG: Finally, which team are you looking forward to seeing in the Masters Reykjavik? Do you think NA has a chance to redeem itself after back-to-back losses in international tournaments?

Boostio: I think the Guard is going to roll everyone in the tournament, but we shall see.

Following our discussion of the event, we decided to share an insight into his journey into esports. Prior to entering the Valorant scene, he was an Overwatch player known for his time at the Skyfoxes and Karasuno. 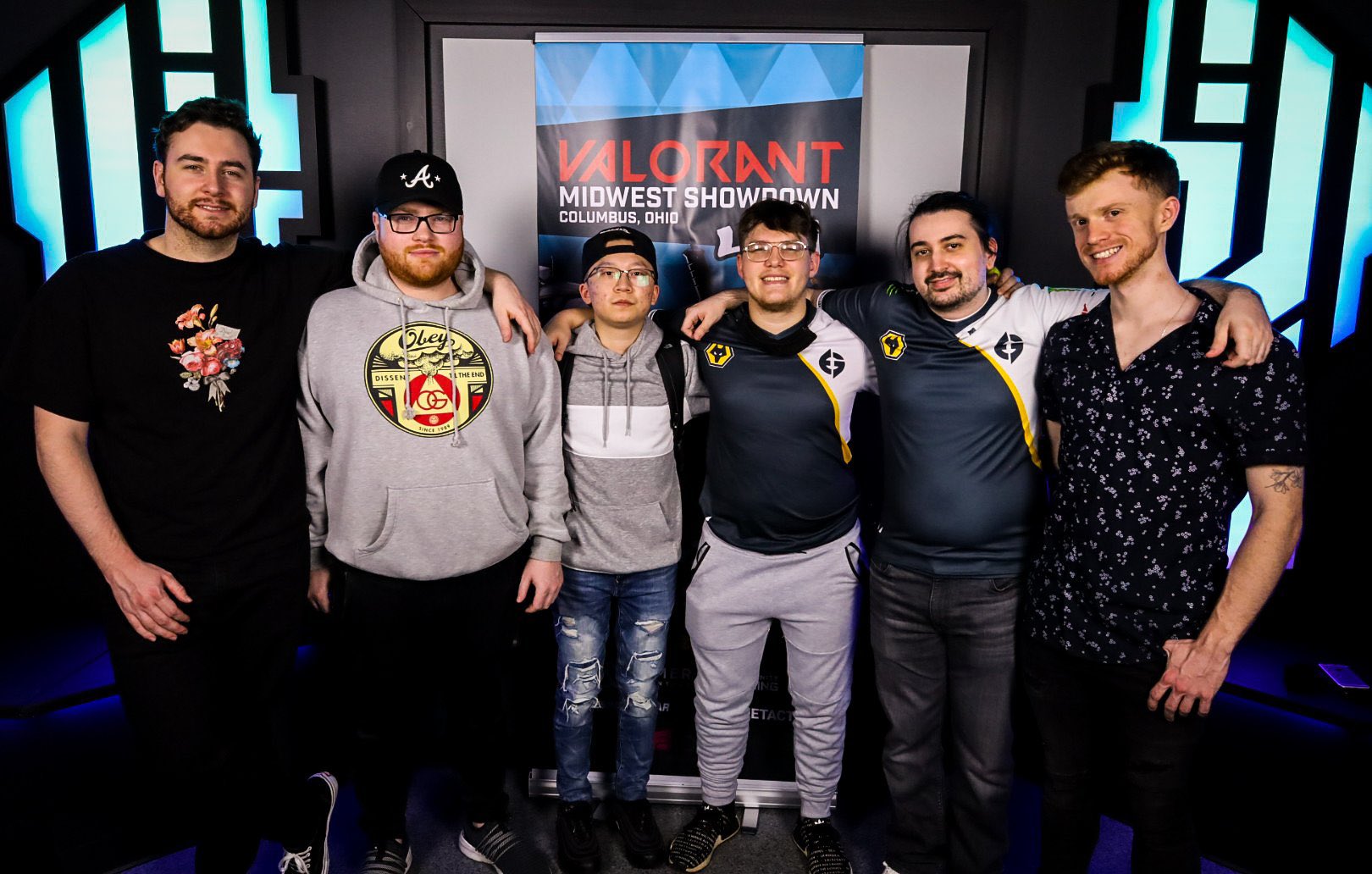 Boostio (third from the right) with the Evil Geniuses team at the Valorant Midwest Showdown.

THESPIKE.GG: Can you tell us a little bit about your background and how you decided on pursuing esports as a career?

Boostio: I can credit my dad for getting me into gaming. He was really into Doom and Quake so when I was little, I’d sit in his lap and watch him play for hours. He bought me a computer around my fifth birthday, and I started playing him with until I was old enough to make the jump to Counter-Strike Source. After that, I knew that I wanted to have a career in esports.

THESPIKE.GG: That concludes our interview. Do you have anything you would like to say to Evil Geniuses’ fans?

Boostio: I love you guys and thank you for all the support.