The Empire Play North Africa VALORANT Invitational was one of the three newly announced Ignition Series tournaments, giving eight invited Middle Eastern and North African VALORANT teams the chance to compete at the highest level. The organizer revealed the teams invited into the tournament, in addition to the host and casters.

Each organization’s team is finalized, and you can check out the participating rosters on the Empire Play North Africa VALORANT Invitational event page. In the cases of Stade Tunisien Esports, Eternity Esports, and Exalted Esports, their VALORANT squads consist entirely of members of the same nation of origin of the respective organization. 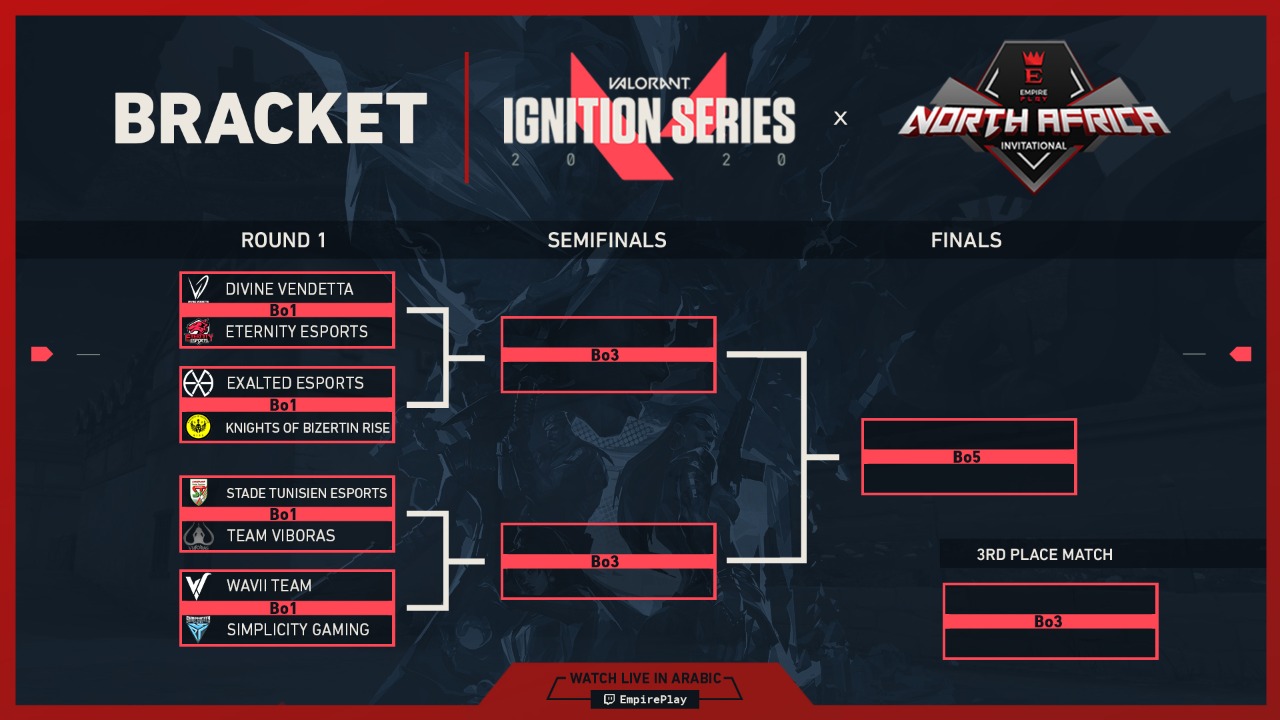 There hasn’t been an official tournament in the region yet to gauge the players and organizations’ performances and give us a clear indicator of what to expect. However, there is no denying that Divine Vendetta’s squad will definitely be a top contender to snatch the Empire Play North Africa VALORANT Invitational’s title and a slice of that $1,750 USD prize pool.

Divine Vendetta’s other teams placed third in The Nexus Arabia 2019 Main Event for League of Legends, while currently sitting second in Counter-Strike: Global Offensive’s Perfect World Asia Summer League. The team will kick off the event against Eternity Esports on June 26, 2020 at 9 PM UAE time (GMT+4) on Empire Play’s Twitch.

Despite not having optimal ping for MENA players to showcase their skills, there is a chance we might see a few standout performances that put the region’s competitive VALORANT scene on the map, similar to what we have seen out of the RAGE VALORANT JAPAN INVITATIONAL.