DXN in an exclusive signing interview: “We were going to be signed [earlier] if Gh0st had stayed”

Team:Equinox EsportsMaps Played:63KPR:0.69ADR:122.85 to discuss the signing, the beginning and evolution of China Nguyen, and his thoughts heading into First Strike.

Answers have been edited for clarity and grammar.

Today is the big day: the signing of China Nguyen. But DXN actually revealed that this day nearly came in June, with the original China Nguyen roster.

Team:Maps Played:0KPR:0.78ADR:N/A didn't want to start over making a new team if Gh0st and psalm were gone.”

That original roster, which was nearly signed, had massive success when they were around, even taking down the likes of TSM TSM

Stephen "reltuC" CutlerJames "hazed" CobbMatthew "Wardell" Yu Yassine "Subroza" TaoufikTaylor "drone" Johnson. DXN described their formation, they all at least knew each other from different games, and came together when they saw how good the others were in VALORANT.

“I was friends with mostly everyone from previous games. I was teammates with Gh0st and Rarkar for CS:GO, and we reached ESEA MDL together. I played Heroes of the Storm competitively and became friends with psalm from that. I knew cutefatboy because he was a person that was close to a friend group I knew when I played CS:GO, Team Shiba, and we met again in the early beta of VALORANT. psalm’s team fell apart and he knew that us four were really good based off of VALORANT ranked games, so we started entering tournaments together, and the rest is history.”

Ultimately, their deal fell through as Gh0st had other priorities. He and Rarkar are now out of the competitive scene, though DXN didn’t rule out seeing Rarkar in the future.

“Gh0st had just been accepted into his PhD program, and wanted to 100% concentrate on school because he really loved physics, and thought career-wise it would be a better move than risk being a pro player. Rarkar has just been playing games casually, but there might be something happening involving him in the future!” 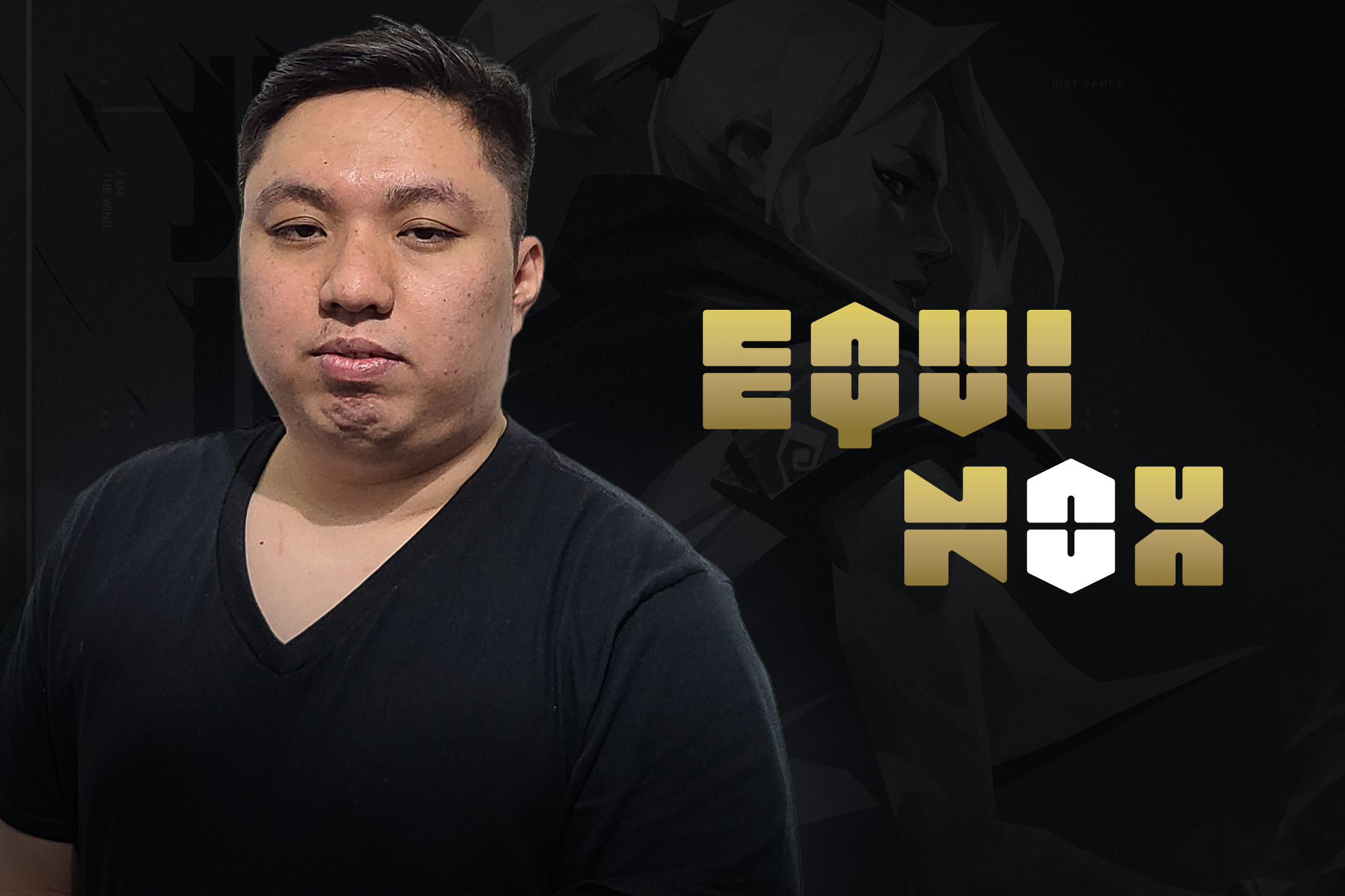 Team:Equinox EsportsMaps Played:50KPR:0.85ADR:155.37, came together when the two were struggling to find opportunities for competition.

Team:Equinox EsportsMaps Played:63KPR:0.8ADR:156.82 after playing against him in ranked and watching him a bit, and we reached out to him and he was happy to fit the final spot. Mina had been asking me to join the roster for quite a bit of time, and after some time and a roster change, he's with us now.”

“Equinox reached out via our Talent Agency, AFK Creators, looking to field the next rising stars, and we were already talking to a couple of different organizations so the timeline fit well. We had back and forths with negotiations, but we settled on something that both parties benefitted well from.”

“We turned other organizations down for a couple of reasons. We couldn't reach an agreement during negotiations and we were also waiting for the best opportunity available for us. We chose Equinox even though they are a brand new one because we thought they could help us grow the most, rather than being with an already established org. We've had talks with their CEO and their internal team, and it really shows that they care about us and put our best interests first.”

Ahead of First Strike, DXN is of course happy to see Riot Games getting directly involved, though he says there’s both pros and cons to the format they chose.

“I am extremely happy to see Riot being involved with the scene. I personally enjoyed the Ignition tournament series more just because there are tournaments to prove yourselves in. I think the one-off event could set a precedent in how their majors could look like in the future, though I'm not really sure, but I have full faith that Riot won't disappoint.”

While the Renegades x NSG VALORANT Invitational is coming up, a tournament which DXN says will be “very competitive”, he says it won’t mean a massive amount for First Strike as that event may happen with a new agent and new map. He did give a little preview, though, of what he thinks we’ll see heading towards the latter event.

“The meta will definitely shift if Skye does look as good as I think she is! Sentinels are definitely the favorites based on previous performances, and now the OP has been nerfed. They might have a bigger advantage against TSM now, but we'll have to wait and see.”

Expanding on his thoughts on Skye, DXN thinks she’ll quite easily slot into teams. “I think with her flash and information abilities, she could replace the Breach/Phoenix slot that most teams are playing. Maybe even Sova on Icebox/Split. Aggressive information gathering in a tactical shooter just sets up for a more easier map control take, which of course sets up better executes/site stacks.”

Lastly, DXN weighed in a bit on the North America vs. Europe debate. “I would say G2 might be the best team in the world based on their dominating performance, but I think NA is better overall.”

Finally, relief at being signed and excitement at the prospect of a First Strike run characterizes the feelings inside Equinox right now.

“The roster feels relieved that we've finally reached the starting line, and of course we plan to work hard and improve to go even further.”

“At First Strike, we think that we have the potential to go all the way. We will definitely have trouble against the tier 1 teams, but we are confident with how we approach the game and how we constantly strive to be better that we'll be able to make it all the way.”

DickStacy | Patch
Dam you guys killing it with the exclusive interviews!