Everything you need to know about VCT Game Changers 2022 Championship

This year’s second VALORANT World Championship, VCT GC 2022 - Championship, is at the door and the best teams are ready to compete against each other. The competition will start tomorrow with the matchup between Cloud9 White and KRÜ Female and after five days, the winning team will be set. Here is everything you need to know about VCT Game Changers 2022 Championship!

A couple of weeks ago, LOUD won the second VALORANT Champions Trophy, held in İstanbul, Türkiye. It is time to determine who will lift this year’s Game Changers trophy. The tournament will start tomorrow as mentioned and the grand final will be played on November 20. The winner will take home a prize of $180,000. $500,000 will be distributed among the best 8 GC teams in the world at the end of the competition. All the teams have arrived in Germany as the tournament will be played offline in Berlin. 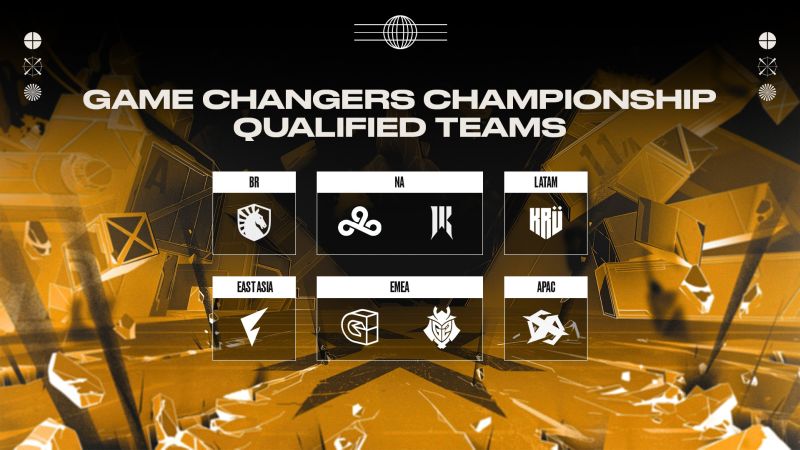 Unlike VALORANT Champions, Game Changers 2022 Championship will not feature a group stage where four teams compete against each other. Instead, teams will start their journeys from playoffs. The format of playoffs is a double-elimination bracket and all matches will be Bo3, except the Grand Final which will be Bo5. Each team will start from the upper bracket quarterfinals and winners of the first round will move on to the upper bracket semifinals. Losers of the first round on the other hand will try to fight their way from lower bracket round one. This format will continue until both grand finalists are set. Losers of lower bracket matchups will bid farewell to the competition.

Cloud9 White had impressive performances during VCT GC 2022 - North America Series 3 - Main Event. The organization did not lose a single map throughout its journey and demolished its opponents on every map possible. The most rounds they lost in a series is 7, which happened twice with both being against Shopify Rebellion GC. Bob "Bob" Tran had outstanding performances, especially at the grand finals with a 1.61 rating on Sova, Fade, and Viper, finishing the tournament with a 1.70 rating in general. Cloud9 White looked very strong against other North American teams but the winners of other regions may pull out a surprise and time will show that.

The second team to watch out for in the tournament is Guild X for sure. The EMEA team ended G2 Gozen’s hegemony in the region with a great effort at the final stage, winning the series 3-2 to lift the trophy. Neslişah "ness" Demir stepped up this season, providing an important contribution to the team’s firepower while playing smoker agents. Even though these two are the “teams to watch” every other team could win the title this year as world championships are always hard to predict. Also, other teams also have incredible players who perform on a different level when it comes to individual success. KRÜ’s conir for example held a monstrous 1-88 rating in three maps at the LATAM tournament.

The competition will be streamed live on the official VALORANT Twitch channel and also on the YouTube channel. You can find more streams in different languages. More information can be found on the events page.