The day that closed beta for Riot Games’ new FPS VALORANT was finally open for the public, players were just beginning to share their first impressions of the game. One of the most common things that were spoken about all over Reddit and Twitter, was the fact that the Agent Raze (Brazil) was one of the most powerful characters in the game and needed to be nerfed. After a recent balance patch, the community has become a bit happier with the way she is played. Today, we will break down her abilities and how effective Raze can be used in a team environment! 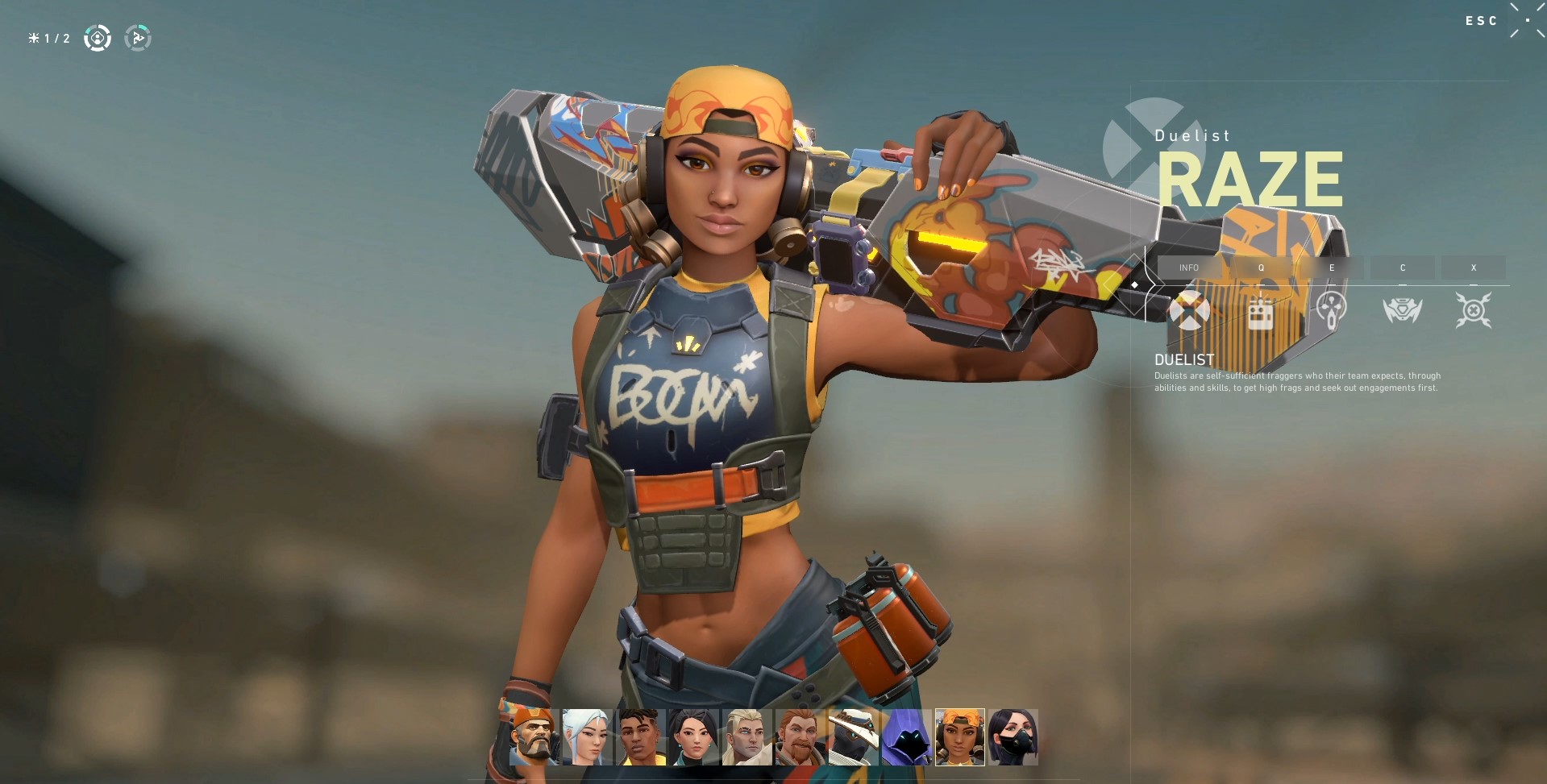 A very powerful area denial tool, these cluster grenades have a large initial explosion and then release a cluster of smaller explosions that creates a massive area of denial as you enter sites. Similar to CS:GO, using mouse1 will allow you to throw the nade overhand, whereas using mouse2 will allow you to lob the grenade within a closer proximity to you. The initial explosion, if an opponent has full armor and health, will take them down to 82 health and 14 armor. If they take 2 secondary cluster explosions, they will then be taken to 33 hp even. The current meta is to clear areas and prevent pushes and clear hiding spots by throwing the nades down a specific corridor or lane. This creates the opportunity for your team to push up knowing that the lane is clear.

The most underrated ability of Raze's toolset, the BoomBot can be used in a very devastating fashion. At 150 health and 50 armor (the max a player can be), the BoomBot will bring the opponent to just 26 health if used successfully. Its most popular use currently, is the ability to use the bot as bait to clear specific angles before entering a room or a site. You can also manipulate the bot to cover a certain area, as the ability lasts 10 seconds. Bouncing it off of walls from behind cover will allow you to stay safely behind cover, while your trusty BoomBot does the rest.

This is an ability that players are just beginning to experiment with, as it can be used in a very versatile manner. A bomb that sticks to almost any surface, the Blast Pack can be thrown as a way to clear enemies in a room. If an opponent is right next to the blast, and they are full health, the explosion will take them down to 75 hp. The most exciting way that the Blast Pack can be used is to propel yourself up onto objects that are unreachable for other characters. Similar to Rocket Jumping in Quake, it allows you to have more mobility compared to your enemy.

This ability is the reason why the Riot Devs took the opportunity to nerf Raze with their latest balance patch. It’s a massive, high damage rocket launcher that has a huge area of effectiveness (AOE). The Showstopper, upon impact, creates a massive spherical explosion that decimates anyone inside the blast radius. When shooting the weapon, you have a physical push back from the massive launcher as well. I believe there must be some way to manipulate that push back to help you after executing the ability, so more testing will be done to see what the ability is truly capable of. As more players begin to play VALORANT, the Showstopper ability seems to be the most overpowered ability in the game. Will we see a nerf to Raze anytime soon from the developers?

Raze is a character that has a lot of potential to be very powerful, given the right situations. As players develop different strats and angles across all three maps that are available in the closed beta, we will start seeing the different ways Agents abilities are used, especially Raze. The Riot dev team has made sure that the community knows that they are listening as they brought the nerf to Raze, so we will see what other changes they have in the near future.