How to play Controllers in VALORANT

written by ArmandVanHelden October 5, 2022 at 3:39pm
share on
Both on defense and offense, controller agents play huge roles on both ends of a match and their contribution is crucial. Three of these agents were introduced in Beta and then Riot Games added one more with the Patch 2.04. Since then, no other controller agent was revealed. 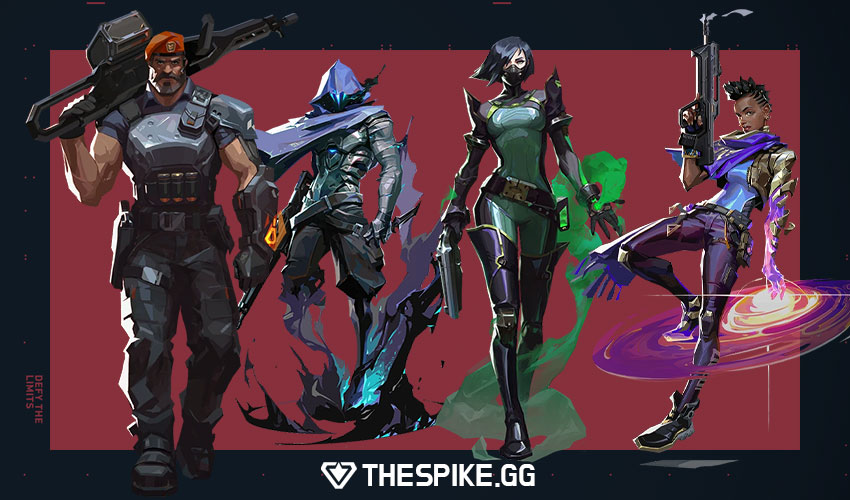 There are four controller agents in VALORANT, Omen, Viper, Astra, and Brimstone. The common ability of all these four agents is their ability to use smokes. Apart from that, each one of them has different skills for their team’s sake. These agents can also gain advantages in the attacking turn thanks to their lineups. Lineups are very useful after planting the bomb. What these agents do is that, except Omen of course, go far away from the planted bomb and use their abilities like mollies, stuns, and more from downtown. Let’s dig deeper and find out more about the controllers in VALORANT!

How to play Omen

Omen is one of the most popular controllers due to its ability to make plays. Ranked players love to make confusing plays and Omen is a great pick for it thanks to its teleporting abilities. Moreover, the agent is equipped with smoke and a flash, which makes it very effective. Omen was the second most picked controller after Viper at VCT 2022 - Champions Istanbul, with a 34.88% pick rate. The Champions winner, Bryan "pANcada" Luna, held a 1.23 rating with the agent throughout the tournament. 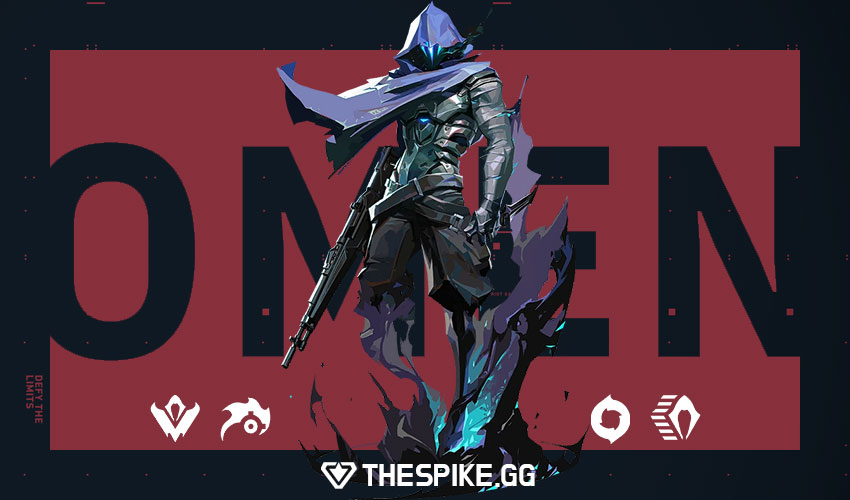 'Q' Paranoia - EQUIP a blinding orb. FIRE to throw it forward, briefly reducing the vision range and deafening all players it touches. This projectile can pass through walls.

'C' Shrouded Step - EQUIP a shrouded step ability and see its range indicator. FIRE to begin a brief channel, then teleport to the marked location.

How to play Viper

Viper was the most picked controller at VALORANT Champions 2022 İstanbul. It had a 45.93% pick rate and it was the third most picked agent at the biggest tournament of the year. Viper’s Toxic Screen ability is a great tool for teams to focus their tactics on and that is one of the reasons that the agent is very powerful. Moreover, Viper has smoke, a gas wall, and molly. Dmitry "SUYGETSU" Ilyushin is a well-known Viper player and he played 214 rounds with the agent at Champions. 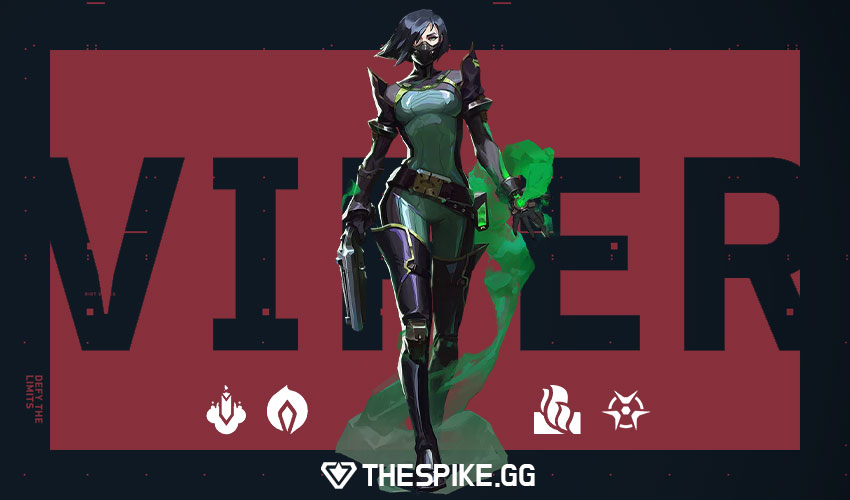 ‘Q’ Poison Cloud - EQUIP a gas emitter. FIRE to throw the emitter that perpetually remains throughout the round. RE-USE the ability to create a toxic gas cloud at the cost of fuel. This ability can be RE-USED more than once and can be picked up to be REDEPLOYED.

‘E’ Toxic Screen - EQUIP a gas emitter launcher. FIRE to deploy a long line of gas emitters. RE-USE the ability to create a tall wall of toxic gas at the cost of fuel. This ability can be RE-USED more than once.

‘C’ - Snake Bite - EQUIP a chemical launcher. FIRE to launch a canister that shatters upon hitting the floor, creating a lingering chemical zone that damages and applies Vulnerable.

‘X’ - Viper’s Pit - EQUIP a chemical sprayer. FIRE to spray a chemical cloud in all directions around Viper, creating a large cloud that reduces the vision range of players and maximum health of enemies inside of it. HOLD the ability key to disperse the cloud early.

How to play Astra

Astra is a fairly less popular controller compared to Omen and Viper. However, the agent has great potential with its ult, smokes and stun. It was picked 37 times at Champions and Myeongkwan "MaKo" Kim played 111 rounds with it. Jimmy "Marved" Nguyen is also a very well-known Astra player and the Canadian held a 1.19 rating at the biggest event of the year. 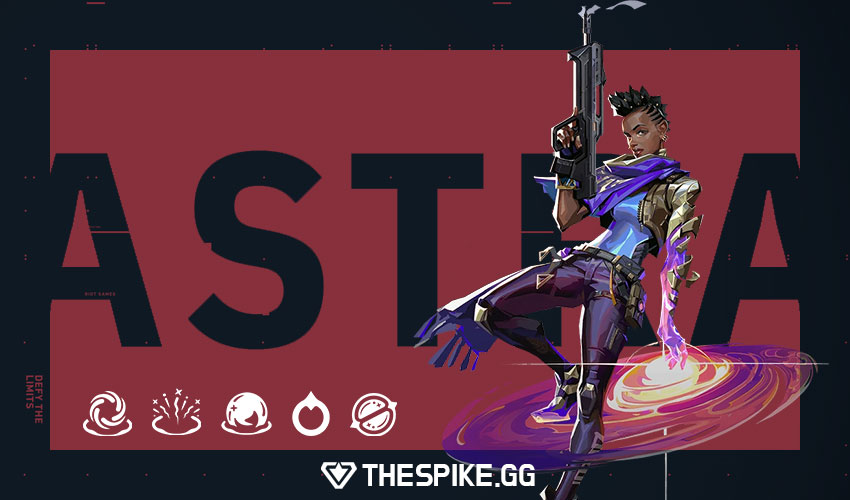 ‘Q’ Nova Pulse - ACTIVATE a Star to detonate a Nova Pulse. The Nova Pulse charges briefly then strikes, concussing all players in its area.

‘E’ Nebula/Dissipate - ACTIVATE a Star to transform it into a Nebula (smoke). USE a Star to Dissipate it, returning the Star to be placed in a new location after a delay. Dissipate briefly forms a fake Nebula at the Star’s location before returning.

‘C’ Gravity Well - ACTIVATE a Star to form a Gravity Well. Players in the area are pulled toward the center before it explodes, making all players still trapped inside vulnerable.

How to Play Brimstone

Brimstone was the least-picked controller at VALORANT Champions 2022 İstanbul with only 35 picks. Myeongkwan "MaKo" Kim held a 1.34 rating in 65 rounds and Bryan "pANcada" Luna followed him with a 1.14in 66 rounds. However, you might see it in your ranked games as the agent holds very powerful tools for solo queue. Smokes, molly, and the Steam Beacon might be very effective in your ranked games! 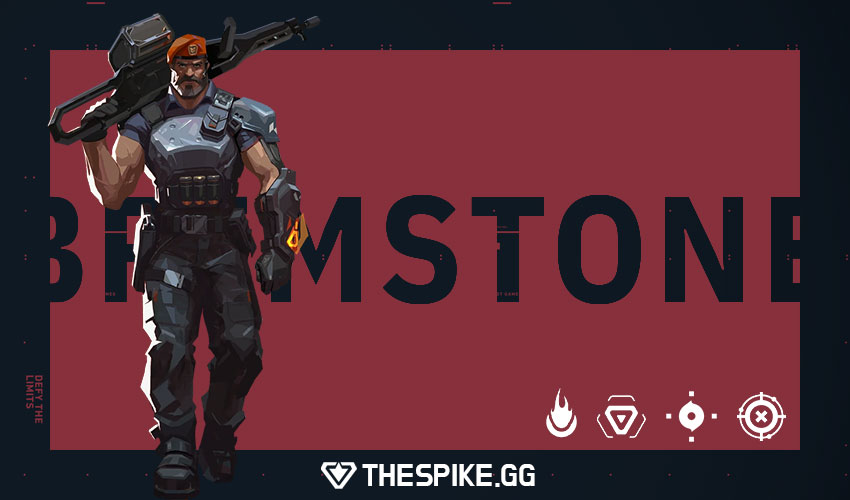 ‘Q’ Incendiary - EQUIP an incendiary grenade launcher. FIRE to launch a grenade that detonates as it comes to a rest on the floor, creating a lingering fire zone that damages players within the zone.

‘C’ Stim Beacon - INSTANTLY toss a stim beacon in front of Brimstone. Upon landing, the stim beacon will create a field that grants players RapidFire and a speed boost.