VALORANT is a game that uses dynamic abilities to provide utility for its players. Every Agent has their own set of abilities that provide some type of utility, whether that utility is used for the team or not depends on the player. But one character is a key factor in competitive play, as he brings a kit that provides so much versatility for the team. That character is none other than Brimstone (U.S.A). Brimstone is a character that almost every team wanting a competitive edge uses. So today, we will bring you an in-depth breakdown of his abilities and how you can use them to win more. 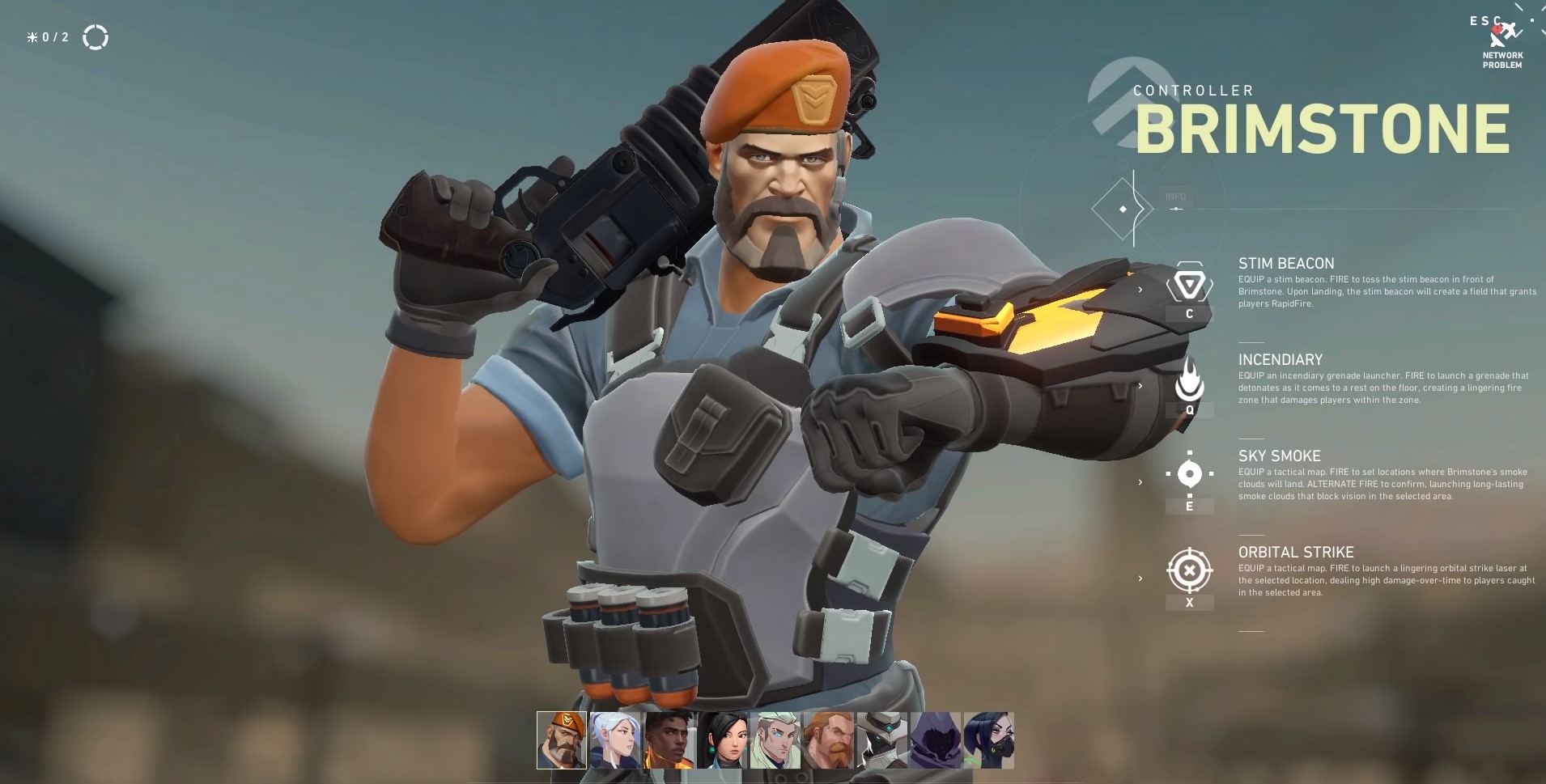 This is a powerful tool that can be used when holding positions within a site or when holding an engle. The Stim Beacon is a portable device that when placed down the player and their teammates are given a rapid fire ability with any weapon while standing inside the effect. One thing to note is that when the player walks outside of the circular aoe, the stim lasts for 4 seconds afterwards. Players gain about a 10% increase of fire rate, recoil recovery, reload speed as well as weapon swap. The stim lasts for quite awhile, and players can also have up to 2 charges in a round, meaning that they will be able to use it dynamically throughout the round in case they need to make some clutch plays holding or taking a site. Players need to be proactive when it comes to this ability though, it should not be used as a reactive ability but rather, a way to set up some easy frags onto the opponent.

This is a very powerful tool that can be used to block off pathways, secure bombsites, and stop plants/defusals. Similar to Phoenix’s Hot Hands ability, it’s a molotov that creates a zone of flames that damage anyone in the zone. Unlike Phoenix though, the Incendiary ability damages the Brimstone player as well. Another thing to note is that the Incendiary is shot as a grenade out of a grenade launcher, and also bounces a couple times before bursting into flames. There is not an initial damage burst when the molotov explodes, but it does quite a bit of rapid damage to anyone caught in the wake of the flame. This ability brings back a similar mechanic in the game CS:GO due to the fact that it can be bounced off walls from different angles to be more effective. This can be used to create some unique lineups across the different maps that make the Incendiary very useful.

This is one of the most powerful abilities when it comes to the amount of utility it can bring to any round within the game. The name of the ability explains it very accurately, in that a player can send smokes using a mini-map to pre-place smokes before peeking around corners, or pushing into a site. Defensively, the Sky Smoke can be used to cut off lines of sight and force players into choke points. One thing to note is that when inside these smokes, a player cannot be blinded by Phoenix’s flash, which can be useful when being pushed by Phoenix or in a teamplay as a way to push in with a Phoenix on your team. This ability is extremely useful in almost every situation. Similar to the Stim Beacon, the Sky Smoke should be used proactively to set up plays and be the most effective in the round.

This is another ability that makes Brimstone a must pick when it comes to playing to win in VALORANT. The name also aptly describes the ability in the fact that it’s a giant beam shot down directly onto a large area of the map. There is damage drop off though, so if a player is in the center of the strike, then they are going to die almost immediately, but if they are on the edge of the blast, then they will still take damage, but will have time to move out of the area of effectiveness. This is super useful when clearing certain areas of a site. A player can use the ability to quickly level the area as well as anyone standing in the wake of the blast and then safely push into the site. Just like with most of the other abilities it is best used when being proactive to make the ability much more dangerous for the opposing team.

Brimstone has become a must pick for most competitive teams, and it is nice to see the pace being set by players. We are clearly seeing the meta take form within the game, and Brimstone is a part of it whether players like it or not. His versatility within his kit makes him a favorite in top level play. He will surely create some insane clips for the players who choose to main him.